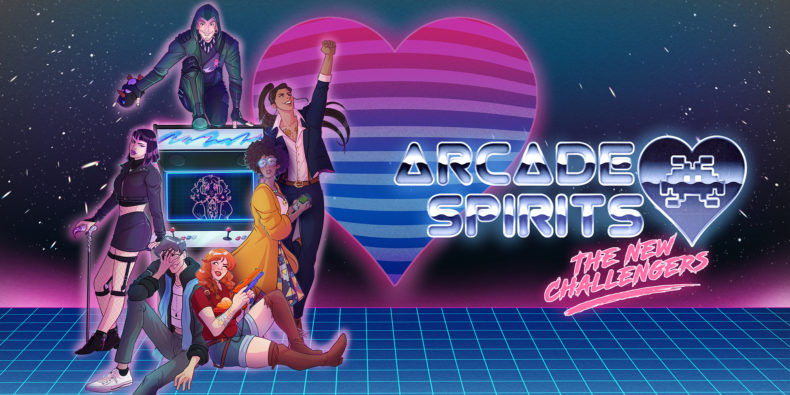 It shouldn’t need saying, but inclusivity is so important in video games. Whether it’s race, sexuality or ability, everybody should be able to see characters in media that they can relate to. Thankfully video games are moving forward in this regard, but there are still plenty of people underrepresented. I don’t get to play as a lot Asexual characters, trans characters are rare, and I can’t even think of a disabled character off the top of my head. Well okay I can think of one, but that’s because of Arcade Spirits: The New Challengers.

In a world where arcades are still the coolest hang in town, our protagonist is stuck in a rut. Spending every waking hour grinding their way up the ladder on Fist of Discomfort 2 may be improving their skill, but it’s not the most fulfilling lifestyle. They won’t get anywhere without a team though, so with a little help from friendly (and not entirely legal) AI helper Iris our hero sets out on a journey to make some friends and win eSports gold.

After a brief journey across town, Iris directs you to an arcade. This isn’t your typical arcade though, it’s also a pizzeria and a laundromat. Confused by this AIs bizarre choice, the protag asks around about the eSports team. It turns out the arcade is the main hangout of a team that happens to be looking for a new member, but the issue is none of them seem particularly driven to win. Iris insists that this group is the best fit for your character though, so you begin a quest to lead them to glorious gaming victory. 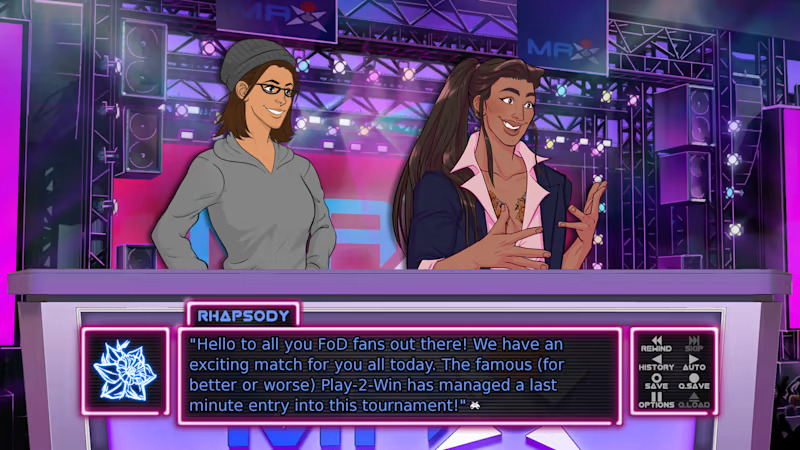 Arcade Spirits: The New Challengers is as traditional as visual novels get. You’ll be reading a lot of text and making a lot of choices, and not a lot else. Your choices are hugely important though, and will shape your character, who you build the best relationships with and perhaps most importantly how successful the team is.

Although Arcade Spirits is essentially a dating sim, you don’t actually have to enter a romantic relationship with any of the characters if you don’t want to. If love and steamy moments aren’t your thing, friendship is an entirely acceptable end game here. It’s a fantastic route to include for those of us who aren’t into all that saucy stuff, and means you can still get to know all the delightful humans at the arcade.

Each member of your up and coming eSports team has their own unique charm, and is very much likable in their own right. There’s Zapper, a feisty lightgun fan with a heart of gold who struggles to control her anger. Locksley is a modern day Robin Hood, fighting the injustice of rigged arcade games and giving prizes to the needy. My favourite of all of them though, is Jynx. 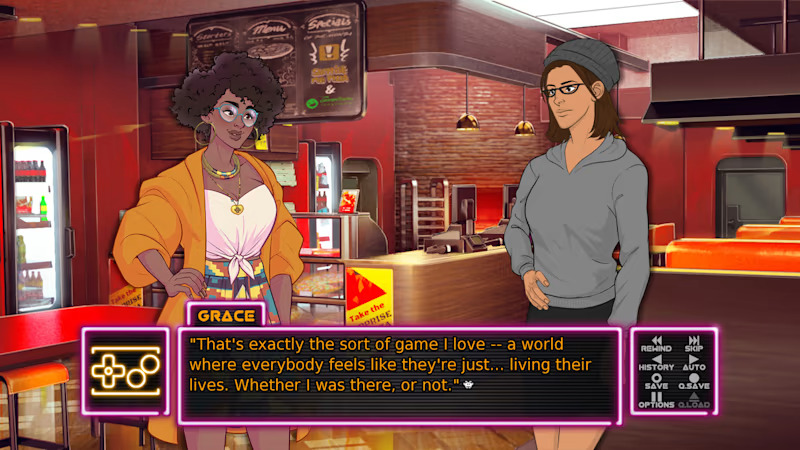 Jynx was born with a spinal cord issue that makes day-to-day activities a struggle. She needs a cane to help her get around safely and with less pain, and inadequate seating can be an issue. More importantly she’s also a badass racing game master, and will usually be found drifting around corners in her adapted arcade racer cabinet. Upon first meeting Jynx, you’re given a few conversation options to respond with when you find out about her disability. Huge text pops up stating “NO GOOD ANSWER”, letting you know that this is going to go badly. After choosing to tell Jynx she was inspirational for not letting her disability hold her back, she immediately (and quite rightly) told me “I’m not here to be your inspiration porn!” and gave my character a much needed lesson on how to interact with disabled people. Fiction Factory Games not only created a character I fell in love with in Jynx, they also portrayed what life with a disability is like and educated able-bodied people in the process.

Although the wonderful characters are the star of the show in Arcade Spirits: The New Challengers, the overarching story is also incredibly gripping. It becomes obvious very quickly that your character cannot cope with losing at Fist of Discomfort 2. They have very little self worth, and Fist of Discomfort is the only thing they’re good at. Throughout the game the protagonist is forced to face this problem, and I found it to be such a relatable and touching theme.

Video games are at the heart of Arcade Spirits, and if you’ve got an affinity for retro games you are in for a treat. There are more than a few references to arcade classics throughout the game, including an appearance from the mysterious and slightly terrifying Polybius. A genuine and intense love of video games shines through the entirety of the game, which I really appreciated. 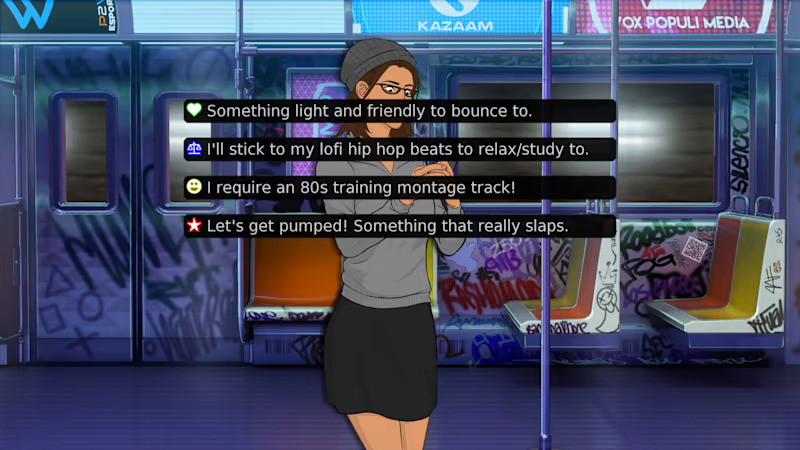 Not content with just talking about video games, Arcade Spirits: The New Challengers also allows you to “play” one. Each chapter of Arcade Spirits will feature a match of Fist of Discomfort 2, which you can have control over if you want to. It’s explained to you as a DOTA style game with lanes, minions and hero characters, but all you really need to know is that attacks fall under the classic rock-paper-scissors umbrella. In each round you’re asked to choose the sort of attack your character and their teammate will use, based on what you know about their opponents and think they’ll do next. If there’s one aspect of the game I found a little dull it would be these matches, and appreciate that you can opt out of them for my next playthrough.

Arcade Spirits: The New Challengers is a sublime visual novel, with diverse and lovable characters, some truly touching themes and an engaging plot from start to finish. I really wasn’t prepared for how much this story would affect me, be it from the battles with self worth the main character has or the hurdles Jynx’s condition puts in her way. The original Arcade Spirits was the greatest visual novel I’d ever played, and now The New Challengers is.

The Fist of Discomfort sections aren’t that engaging

With its diverse characters, engaging plot and wonderful video game filled world, Arcade Spirits: The New Challengers is an exceptional visual novel that everyone needs to experience.