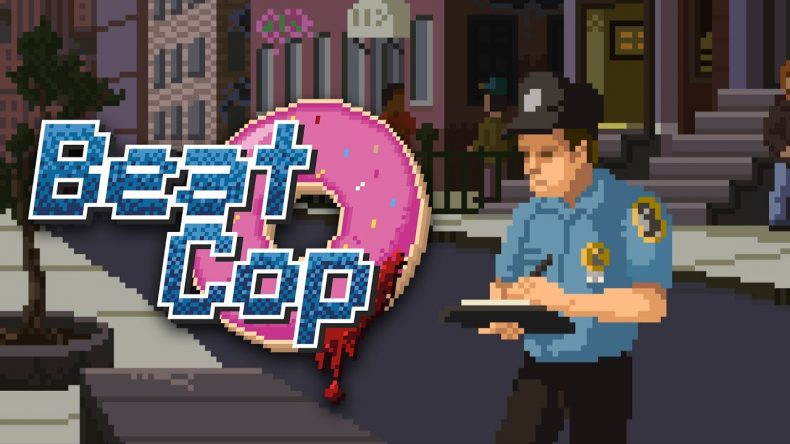 I am the master at writing parking tickets. No, really! If the boss wants me to write eight, I’ll write ten. Park in a No Parking zone? That’s a violation, ticket and your vehicle towed to boot. Busted tail light? Ticket. Worn tyres? Ticket. You can try and bribe me, but you won’t have any luck, I’m an honest cop, a dying breed, the thin blue line between the Mob, the drug runners and the inconsiderate folk that think they can park where they want. Besides, undercover cops are always watching to see if I’m corruptible and I have the Feds up my ass about some stolen diamonds. Okay, okay, I may be open to looking the other way every so often, but $20 here and there isn’t going to hurt is it? I’m only on a beat cop’s salary, and I have a bitch of an ex wife to support and a daughter who I regularly disappoint. There’s also that shady fella who keeps offering me salvation in Mexico or somewhere with a new identity for $2,000, and I’m not going to make that writing tickets every day any time soon, so maybe I will look the other way tomorrow like my mob contact asked. Besides, Louie’s does the best dang pizza in the whole of the city, and I don’t want to upset him.

There is something about Beat Cop that draws you in. It is a blend of point and click mystery with the frenetic action of time management games, set in the familiar universe of 80s TV cop shows complete with the casual sexism and racism that we are supposed to believe defined those times. The game begins with a message from the developers about their love of US 80s procedural police dramas, and a suggestion that players should “just have fun”. Not an unreasonable suggestion, but it would be remiss of me to not recognise that without the benefit of a formally structured story and character development where nuance for the repetitive bigoted language used can be allowed to expand, we are left with jarring text lines continuously blurted out by the various inhabitants and visitors to the streets of your beat. And no one group is immune either, the language encompassing all the negative stereotypes you can imagine. Disparaging slang terms for Italians, Chinese, Russians, women, priests and street gangs are regularly, and with no context, appearing on your screen as you walk your beat. Tone deaf language aside, Beat Cop is a fairly engaging title. You play as down-on-his-luck Officer Jack Kelly, a former police detective who has been demoted to a beat cop after a poorly explained introduction involving a Senator, some diamonds and a murder. You’ve been framed for the murder, which your team acknowledges, but everyone suspects you stole the diamonds. Throughout the course of the 21 days over which Beat Cop plays out  you need to prove your innocence, balance rising tensions between the Mob and Crewmembers that inhabit your beat, make alimony payments and arrest “perps” – all while meeting your parking ticket obligations.

Your beat is a simple single street in 80’s Brooklyn, attractively rendered in pixel form, and over the course of the game I quite liked spending time in it getting to know the inhabitants. Each day you are briefed by your Staff Sergeant about what is expected throughout the course of your shift – how many tickets do you need to write and for which violations, vehicles suspected to be involved in crime elsewhere that you need to call in if you see and various other tasks including looking after a visiting dignitary who is “Coming to America”. Each day runs from 9:00 a.m. until 6 p.m. with each hour of the day being roughly two minutes of real time. The challenge of the game is a balancing act between managing to carry out the various tasks you have been assigned (which if you fail to do will result in your pay being docked), whilst also completing the other things that crop up throughout the course of the day such as arresting shoplifters, stopping a desperate man from committing suicide by self-immolation on the steps of the local church, helping the owner of your favourite diner eradicate a pest problem and thwarting a cult’s mass suicide in one of the brownstone buildings that grace your beat. Oh, and uncover the conspiracy surrounding the Senator and diamonds that you are being fitted up for. Each day is a dizzying array of busywork with constant demands on your time. A vehicle used in a crime has been spotted on your street; find it and report it, but don’t forget those ticket requirements otherwise your measly $50 pay will be docked. There’s plenty of stuff that can be missed, too. You promised to help the Mob clear the street outside the pizzeria, but you got caught up chasing a shoplifter at the other end of the street, ran out of stamina and had to spend 20 minutes at the diner eating dinner to recover. At times your indecision or inability to complete your tasks on time will result in a fail state, at which point it is game over – literally. Fortunately, should this happen you will be bounced back to the start of the day and you can try again, this time forewarned a little and better prepared for the time management required. Similarly, if you feel that things throughout the day haven’t quite gone the way you wanted them to you have the handy option via the pause menu to restart the day and see if you could do better.

After a while you settle into a rhythm, and get used to the flow of writing tickets and responding to calls to action, but despite the game taking place over the course of only 21 days, it does become a little monotonous the point that extended play feels like a chore. The core mystery regarding the stolen diamonds does enough to pull you through each day, but each new nugget of information feels sparsely spread out through the drudgery of writing tickets and balancing your relationships with the Mob and the Crew, so much so it is easy to lose track of what you are actually supposed to do. That being said I did get some enjoyment from playing, even though it feels relentlessly grim at times – making decisions about whether you can squeeze one more ticket in before you have to attend the intervention of a man’s suicide feels like an impossible choice, but the grinding financial pressure on Officer Kelly means that you often have to make these awful decisions. Beat Cop is an uncomfortable game to play, as the relentless time management required, the monotony of each day and the unnecessary racial slurs dampen things a little, but it is also a curious game in that the frenetic nature of it is quite compelling. It’s a shame that the over-arching story doesn’t quite do its job of keeping you completely invested and I do think that there is a missed opportunity to make a more persuasive point about the choices you are forced to make to keep every stakeholder in your activities happy, but overall it’s not a bad way to spend some time, provided you can shut yourself off to the unnecessary bigotry.

Beat Cop is a relentless time management game where writing tickets and arresting perps is set against a background of sleaze and corruption.