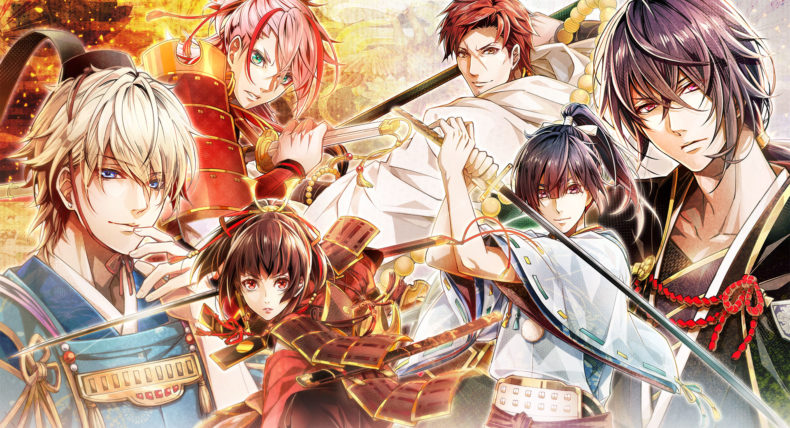 When it comes to visual novels, there’s not much I enjoy more than an Otome game. The idea of a game that’s targeted towards women and features a bit of romance is really refreshing, and also means you don’t just get bombarded by breasts like the other side of dating sims. Birushana: Rising Flower of Genpei is a great example of the subgenre, featuring a story of love and warriors in 12th century Japan.

Our protagonist Shanae has had a difficult start in life. When the Heije rebellion wiped out her clan and took over Japan, she ended up as one of the last remaining Genji. In the hope of one day overthrowing the brutal Heije, Shanae has had her identity hidden and been raised as a boy (like Mulan but without a wise cracking dragon sidekick) so she could lead an army to take them down and restore the Genji to power.

That was the plan anyway, but fate had other ideas when a member of the power hungry Taira family locates the monastery where Shanae has been raised and threatens to reveal her whereabouts. This leads Shanae and her faithful companion Shungen on an adventure to escape the Heike that will take her all across the country, with plenty of interesting characters to meet along the way. 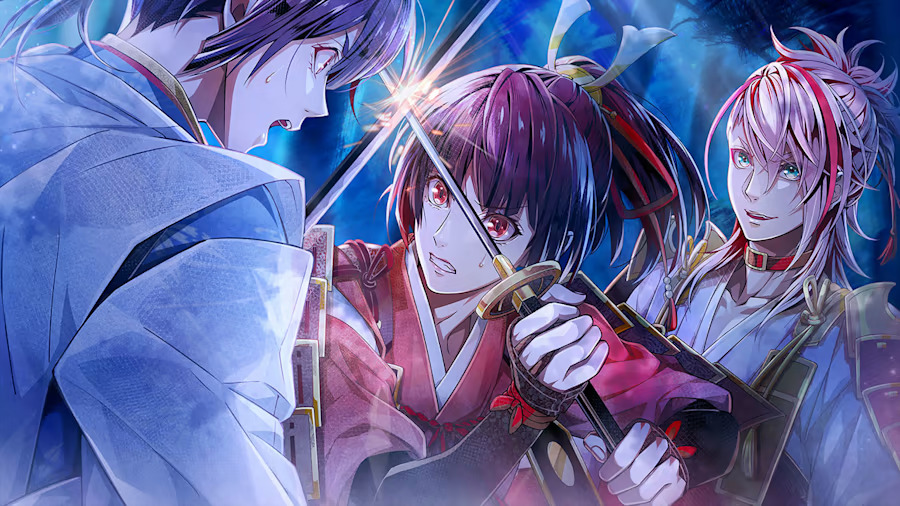 It’s not exactly an ideal situation to meet a potential partner, but Shanae’s journey actually throws a lot of love interests her way. Whether it’s a faithful companion, a new ally or an enemy you just can’t help but fall for, Birushana has a nice amount of options to choose from and it’s well worth replaying multiple times to check out the whole story.

What really sets Birushana apart in a genre full of hunky men is the setting. It’s really interesting to play a dating sim set in ancient Japan, and even if you’re not feeling the love there’s always something interesting going on in this traitorous time of clans and katanas. Many of the events in the game are genuinely historically significant too, so you might just learn something while you play.

Because of the Feudal flavour of Birushana, there’s plenty of action and conflict going on around you. Scenes that involve characters fighting are particularly cool as the steel on steel sound effects and movement of the character art is used to make the “combat” feel more alive in an otherwise very stationary game.

It’s worth mentioning that the reason I’ve only talked about the story of the game so far is because Birushana: Rising Flower of Genpei is as pure visual novel as visual novels get. Don’t expect to solve any mysteries or present evidence to characters, your only role is to make decisions at key moments and see what happens. If this doesn’t appeal to you, then this isn’t the game for you. 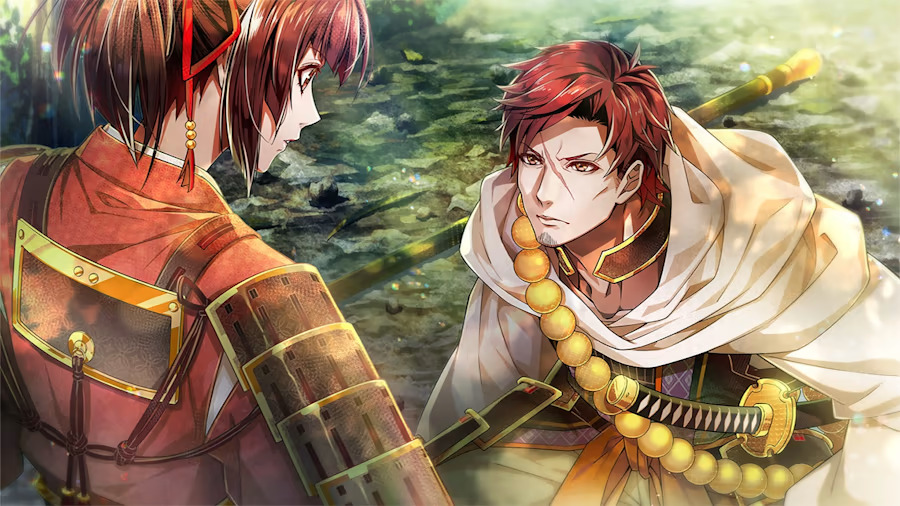 The decisions are incredibly important though, and really decide the outcome of each playthrough. Once you show you are interested in a man and that you wish to pursue him with your actions, you are locked into that story and won’t really spend much time with anyone else in this playthrough.

Perhaps even more crucial than this though, is how easy it is to get a bad ending. If you choose a few wrong options then you’ll fall short of your happily ever after, and have to try again. Fortunately it’s easy to go back through a chapter and change your decisions if you feel you’re going down the wrong path or aren’t lovey-dovey enough with your favourite man.

Although one of my favourite aspects of Birushana is the historical setting, it is also the cause of my main issue with the game. As someone who doesn’t know a whole lot about Feudal Japan, there were plenty of battles, locations and terms I hadn’t heard of before. Thankfully there’s an option to get a brief description of keywords on the fly, but constantly reading descriptions about different areas of ancient Japan does ruin the flow of the game a little.

Birushana is a delightful visual novel full of love, tragedy and blood stained katanas. If you’re tempted by the idea of a dating sim but think the romance might be a bit overwhelming, then this combination of love story and historical epic will be right up your alley.

Birushana: Rising Flower of Genpei is a charming Otome game with an engaging historical setting and plenty of feudal hotties to fawn over.