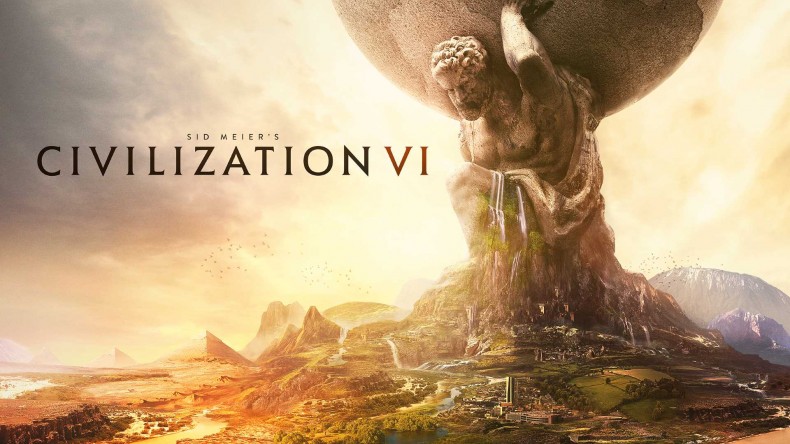 Building an empire and leading them into a new era isn’t easy. It’s laborious and challenging, but never a chore, and after spending most of the early hours being overwhelmed by the sheer amount of choice in Civilization 6, something clicks. You begin to understand the necessities of planning the best layouts for your cities and what the focus for each one is, what new technologies you want and how you want your government to rule. There’s never a dull moment in Firaxis’ magnificent simulation, and there’s very little here to complain about. Civ 6 is a remarkable achievement and yet another benchmark in strategy done right.

As with every Civ game, you start off with a drop in the ocean: a needle in a haystack, a small city in a vast new world. The nuts and bolts of progress are yours to mould and build upon, starting off with a small plain of land at your disposal. Civ 6 adopts the 4 X gameplay structures in a way that’s equally spread across every turn. You’ll be able to explore the randomly generated map with scouts, and as they move across the map, it’ll open itself up to you to unveil potential settlements or natural wonders (which also offer bonuses dependent on which one you unlock). Stumbling upon these little gems can really help you to expand, and making sure you capitalize on expanding you civilizations are of vast importance. A cool new feature is the option to build roads from city to city via trade routes. If you have particularly tough terrain between your settlements, a road will provide a faster passage for any of builders, warriors or anyone else for that matter. Each city has a specific amount of hexagons where you can build farms or pastures on, along with districts. Districts are no longer crammed into the city area itself, but are now built in one of the surrounding hexes. There are plenty of districts to unlock as the game progresses, with each one offering certain improvements, such as encampments which improve your military and allows you to build barracks or military academies. Other districts include holy sites, campuses or harbours, offering additional points to science, faith and wealth and also giving you the ability to build district-specific buildings to help the progression of your cities. Whilst on the subject of building, builders will disappear after erecting three districts or buildings. It’s a small addition, but it removes unused clutter on the map and helps keep your city looking sharp.

You’re constantly playing around with building these units, and sometimes these need to be built in specific areas, so learning how to structure your cities can take some time. In my first play, I tried mixing all of my cities to focus on everything, but when I built my campus, I noticed I should have placed it by the rainforest because it granted me extra bonuses, and my holy site would have given me additional faith if I’d have placed it next to a natural wonder or a mountain range. There’s a lot to learn, but spending time reading the boxes goes along way, and these bonuses go far in making sure you’ve got the best possible set up. This time round, along with your technology tree, you have a civics tree. By gaining culture, you can build new governments, and each one has specific bonuses. These civics change in every era you arrive at, and each come with Inspiration boosts (much like Eureka quests). Each civic costs a certain amount of culture points, but they bring about new policies to use in the government you choose. There are four different policies at your disposal: military, economic, diplomatic, and wildcard. Having these policies in place can really impact your growth, especially when you need a boost to production.

Leaders of other civilizations can prove quite tricky to deal with, and they all have different personalities and traits you’ll have to manipulate and attack head on. You don’t have to be frosty with all of them; in fact it can benefit you greatly if you play nice. Playing as Qin Shi Huang gave me bonuses to Civics and Technology, and I was able to build the Great Wall around China which was pretty cool. My biggest obstacle came in the form of the arrogant and obnoxious leader of Rome, Trajan. He constantly had something negative to say about the way I was running my city, and how my production was crap compared to his. When I sent my warriors out on an exploration, his men would be around every corner, and his expansion seemed much greater than mine. The option to butter him up kept popping up, but quite frankly, I hated him. Queen Victoria was a much better friend to me and she was normally willing to partake in trades that benefited the both of us. There are different victories, and they all depend on where your focus lies. You can go for the religious victory which requires your religion to be the dominant religion in the world, or the science victory which has you getting into space. I found myself elevating to this victory because, well, it’s space. You’ll learn how to get there eventually, but the road to it is so varied and time-consuming that I’m still not even close. I was having too much fun getting into scraps with Barbarians, pillaging settlements and building monuments and libraries for my people that I’m too far in the other direction. There’re literally hours to spend performing hundreds of tasks, all varied and so in depth that you’re never stuck for what to do.

As someone who hasn’t played a Civ game for a while, I found Civ 6 a great refresher to the series and a deeply strategic turn-based game I thoroughly enjoyed. The art style is cartoony, but it works and the music is rousing. After an uplifting and gorgeous introduction cinematic, I was ready to build an empire and take over the world. I’m sure I will sink many more hours into this, and finally make my way into space. If I have any criticism, it’s that there is so much to learn, it doesn’t always explain it the best way it could, or really should. Many will spend a lot of time in the tutorial and also in the early stages of the game, but when everything snaps into place, Civilization 6 is a rewarding and wonderful experience.

If you’re looking for the best turn-based strategy on the market, it’ll be tough to find something as exceptional as this.