Down to Hell review 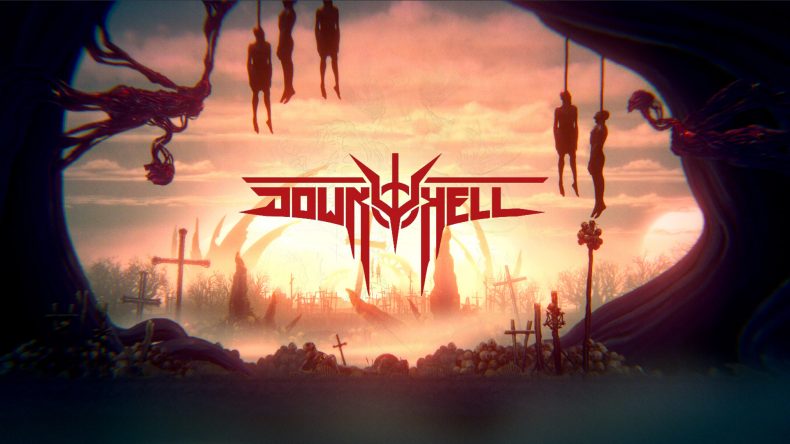 As the catalyst for a death-defying descent into the fiery depths of the Underworld, Down to Hell’s central premise is just slightly off.

The Nameless One, that’s you, is a Knight so powerful that no one dares to face him, so he goes out into the world to prove himself against monsters and demons. However, he is quickly overwhelmed by a bunch of low-level mobs and essentially killed. He is then saved by a wandering girl, who is immediately kidnapped by monsters and dragged into Hell. Rather than set off to rescue her out of chivalry or duty, the idiot Knight instead vows to rescue her only to prove that he didn’t need her help in the first place. If you are onboard at all by this point, you may not be afterwards, as this utter dick of a protagonist is written like a surly spoiled child.

Now, concessions could be made for the writing as it has been localised from Polish to English, but so were The Witcher novels and they aren’t as clumsily written as this. Luckily, that’s more or less all the story you get for the entire 3 hour runtime. I probably sound super negative already but that’s because I went into Down to Hell blind, and perhaps unfairly built up my expectations. I thought I was in for another Dark Devotion, Dead Cells or Salt & Sanctuary, a 2D soulslike with thrilling combat and a brooding atmosphere, but aside the overly-gloomy visuals, most of Down to Hell is a bit of a mess.

Combat is a weird mix of hacking and air-dodging with a parry that requires such millimetre-tight precision that I decided early on to just live without it. The heavy metal soundtrack, part of the selling point, oddly, works in conjunction with a weirdly hyperactive camera to kind of zoom in and out more or less in time with your attacks to create a feeling of nausea, present for reasons best known to the developer.

There’s a sense that Red Dev have come at this from the right angle but with the wrong tools, trying to carve something elegant from a lump of rough granite with a pneumatic drill and a claw hammer. The result is a game that gets almost nothing right, including a progression system I didn’t know existed until I was halfway through and voice work that makes Barry Burton sound like Tom Hanks.

At the end of each slog of enemies there’s a boss battle, and Down to Hell squeezes a surprising number of them into its runtime. Unfortunately, though, they’re just not very imaginative, requiring you to do little more than hit them and dodge through their attacks until they’re dead. With no inventive encounters, build variety, or arsenal of moves for your knight, you’re left tackling them all in the same way.

Down to Hell may be an indie game from a small studio, but that’s not a caveat anymore, not in this day and age when so many indie games from small studios compete comfortably with AAA titles and bowl us over with their innovations and ideas. Ultimately, Down to Hell can’t even be saved by the soundtrack it’s so proud of. The artwork on display may be its only real triumph, since it at least conveys the right atmosphere, weaving a spell that may be easily broken but which at least exists for a fleeting moment. Sadly, though, it’s not enough to make Down to Hell worthy of any kind of recommendation.