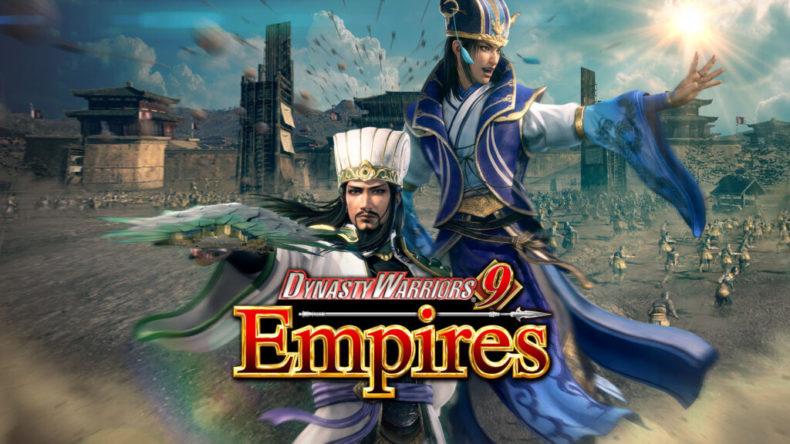 Despite being a lover of a good Musou, Dynasty Warriors 9 Empires is the first Dynasty Warriors game I’ve played since the PS2. I mentioned in my Samurai Warriors 5 review last year that the historical fiction didn’t appeal to me as much as a Fire Emblem or Zelda themed Musou, but I ended up loving that game. So now I’ve decided it’s time to dip my toe into the world of the Three Kingdoms, and what better way than trying out the strategy skewed Empires.

The Dynasty Warriors Empires games replace the standard story that propels you between massive battles, with in-depth kingdom management. After choosing a well known war to try and win (as with all Dynasty Warriors games you’ll probably start out with the Yellow Turban Rebellion) you choose your commander and start leading thousands of troops. A map of Ancient China is split into sections, and it’s your job to ensure they’re all eventually under your rule.

Each month works as a turn, where you choose what your kingdom will work on. Some months you’ll want to beef up your ration supply, others you’ll want to recruit new members for your army after a tough battle. There are a ton of options to choose from, and picking the correct one will make taking over the kingdom much easier. 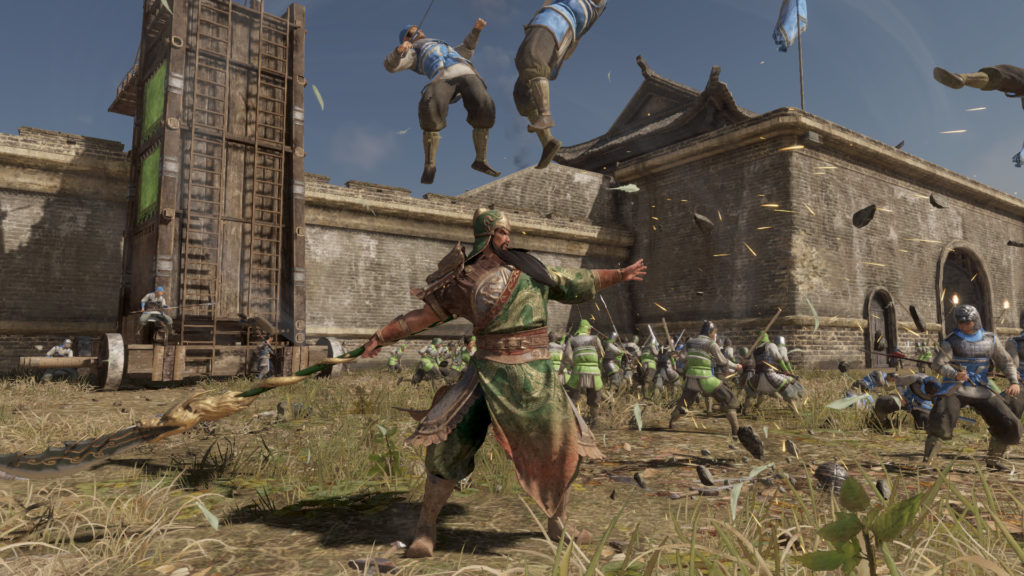 What you choose to do with your time will not only affect your supplies and strength, but will also dictate what sort of ruler you are. You can rule with an iron first, execute your enemies and tax your subjects hard. Or maybe giving your citizens time to rest and forging alliances is the way to go. Whatever you choose to do, there’s always a route to victory.

Perhaps the most interesting way to spend a month of your time is going for a stroll. Admittedly this doesn’t sound like it should take a whole month, but these leisurely walks give you a chance to casually chat with powerful commanders and try to tempt them to join your team. Each month you can talk to as many people as your action gauge allows, and once your relationship is high enough invite them to your army. The weirdest part of this is when you’re dumped into a large empty field, and allowed to wander across plains that contain only military commanders for friendly bants.

Every six months your kingdom will have a war council. These gatherings see you planning for the future, with some important decisions to be made. First you’ll need to decide what you want to prioritise this month, bonus resources, alliances, soldiers or persuading unaffiliated officers to join you. You also get to pick which territory you want to invade in this time period, and choose a few side objectives. Completing these goals and successfully taking the territory you pick will result in your commander leveling up, which is pretty vital if you want to win those big Dynasty Warriors battles. 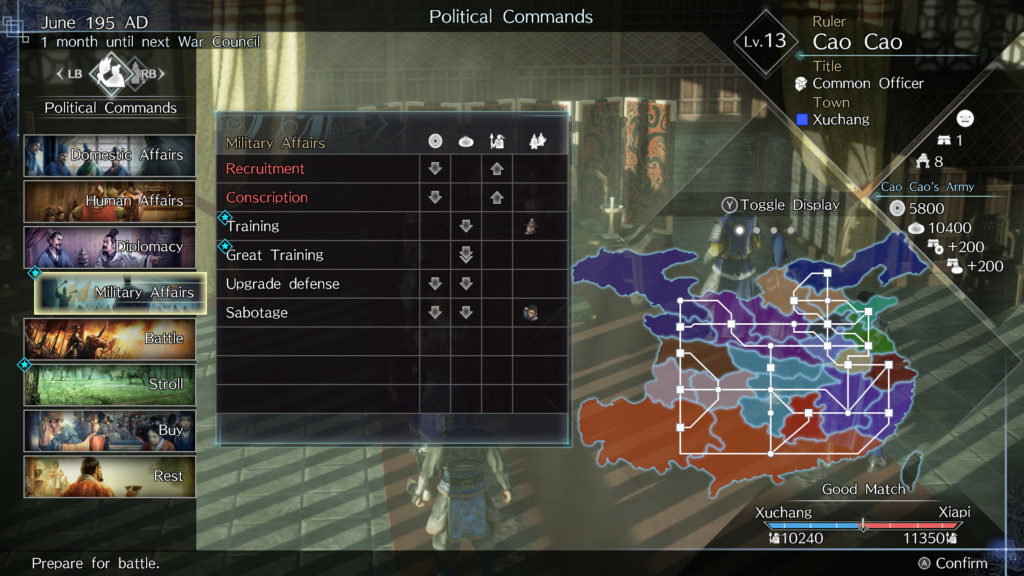 The classic Musou gameplay is waiting for you whenever you invade or are invaded by another kingdom. As one overpowered warrior, you’ll be tasked with killing thousands of grunts, capturing bases, and eventually breaking through to the enemy base and taking down their leader. It’s never quite that simple though, with plenty of shenanigans to endure in each fight. Catapult bases often batter your army and need taking down first, and enemy plans must be thwarted at every turn, or you’ll be overwhelmed by reinforcements.

All of this would be fantastic if not for the combat itself. In the last few years the gameplay in Musou games has been steadily improving, with fluid combat allowing you to chain long combos into dash attacks with incredibly satisfying results. Dynasty Warriors 9 Empires simply doesn’t have these systems, and replaces it with slow combos and “counter” quick time presses of the triangle button. The weight behind each attack just feels pathetic too, and for the first time ever I actually understood why many don’t enjoy the genre.

There are other elements of combat that are interesting though. Pressing R1 and any face button will launch a trigger attack, which can be used to stun, launch or even call in artillery fire at a foe. There are also plans you pick before the conflict that change how you’ll want to tackle a battle entirely. You might want to choose a plan that involves taking down multiple bases to buy your army time while allies roll in, or maybe you’ll devote a fight to studying bears (by brutally murdering them) so your sorceror can create a lightning bear to stomp through enemy lines. I’d really appreciate these additions, if not for the fact that the actual combat did nothing for me. 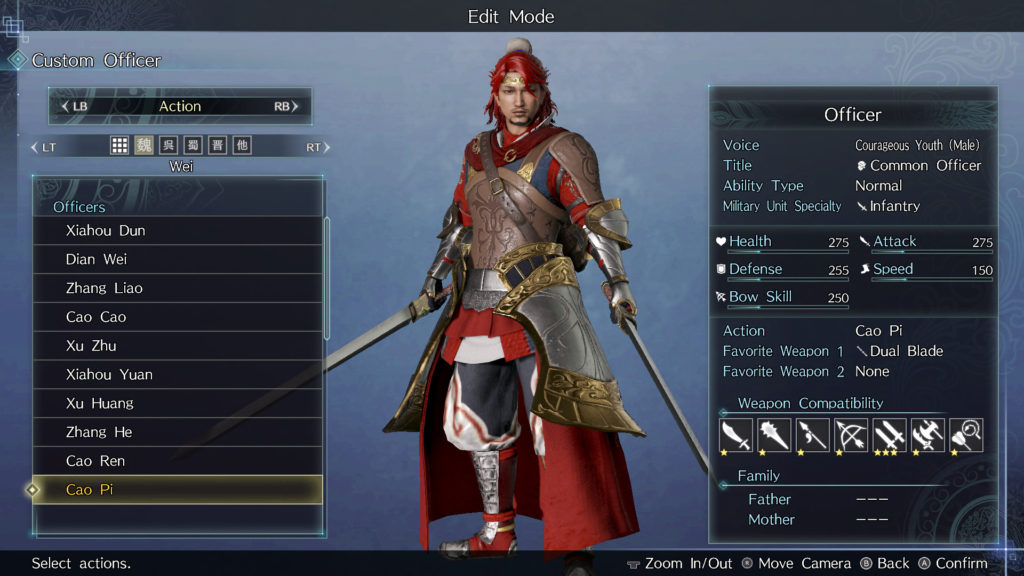 Dynasty Warriors 9 Empires also marks the first game in the series to have an actual next gen version. I played on PS5, and was interested to see how it used the power of the hardware to improve a Musou game. Honestly I struggled to see anything that surpassed last year’s Samurai Warriors 5 on PS4. The visuals (at least stylistically) are worse, and the load times certainly don’t feel like they’re making the most of the SSD. I did play the demo for the PS4 version to compare and it looks and runs considerably worse there, so I guess the new hardware does have to be helping.

Managing a kingdom is compelling.
Battles have loads of varied objectives.

Dynasty Warriors 9 Empires has some interesting strategy elements, but the combat is so far behind other recent Musou games.