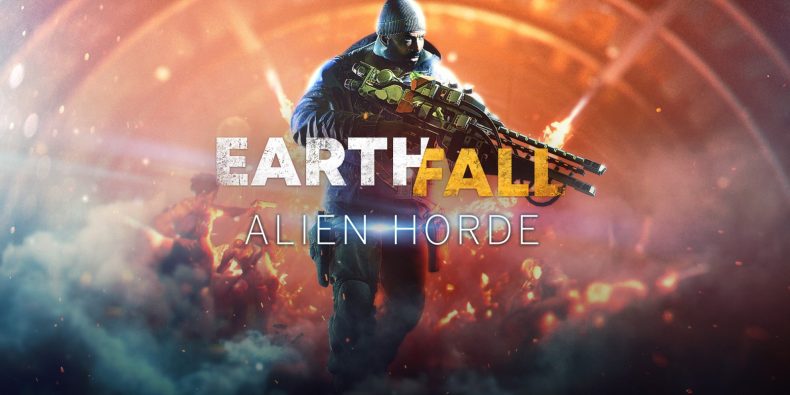 Having originally come to PC and consoles a while ago, Left 4 Dead-alike co-op shooter Earthfall: Alien Horde has now blasted its way onto Nintendo Switch. Essentially, its the exact same game with a handful of tweaks and additions that improve the overall experience without ever really elevating it.

You play as any one of four irritatingly bland protagonists who have somehow managed to survive an alien invasion and have now banded together to… go somewhere. I’m not really sure where they’re going, but they’re definitely going there, and they’ll definitely shoot some aliens in order to get there. Like this year’s World War Z, Earthfall apes Left 4 Dead to an almost embarrassing degree which, somehow, everyone is just fine with. The big difference between Earthfall and WWZ though, is the quality. Whereas for the most part Sabre Interactive’s game feels complete and competent, Earthfall struggles in almost every department.

On Switch in particular, its glitchy, jittery, and the frame rate is terrible. Playing it handheld improves the visuals a little, but on a big screen it’s an ugly game, with dull, lifeless environments and non-existent textures.

The overall premise is solid, and the mechanics themselves are now so tried and tested that they can’t fail to please someone, but the execution is not good. Guns lack any sense of impact, to the point where it’s hard to register a hit – and they’re also frustratingly imprecise. Aliens come at your four survivors in huge groups, and there should be some cathartic thrill to be found in mowing them down, but there isn’t. You can’t tell if you’re hitting them or not, and when a special alien appears (which again ape Left 4 Dead’s special zombies to the point of outright copying them) they’re a huge annoyance, as they’re difficult to hit and track.

Playing online there’s some fun to be had, because at least then you’re companions don’t act like chickens, but each part of each campaign scenario seems to go on just that little bit too long and they’re invariably “travel here, hit switch, defend, repeat”. I’ve no problem with that as a gameplay loop, unless it’s as dull as it is in Earthfall.

I had hoped for and expected a more refined and polished experience given that the game launched quite a while ago on other systems, but Earthfall is still in the same state it was then. The one boon is that there’s nothing else like it on Switch, so if you’re desperate for a Left 4 Dead-style shooter on Nintendo’s handheld, try it at your own risk – but even then, I’d hesitate to recommend Earthfall to anyone in its current state.

The best Left 4 Dead-alike on Switch

Earthfall: Alien Horde attempts to fill a spot still left absent by L4D3, but unfortunately fails to capture the magic or atmosphere of the genre's best.