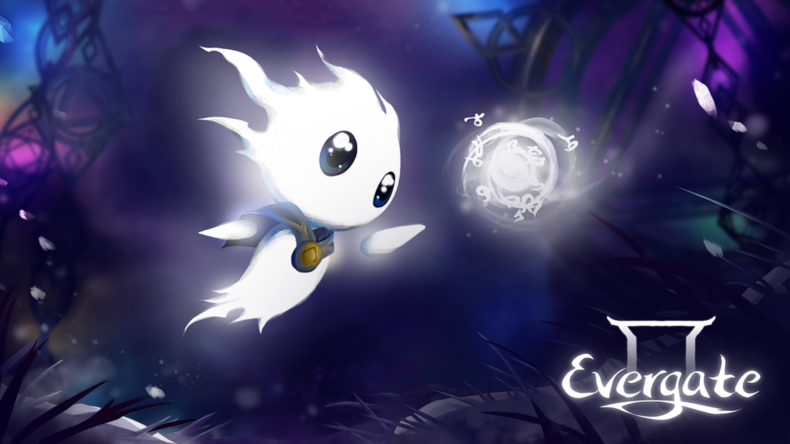 The question of what happens after we pass on from this mortal plane has been pondered for millennia. It’s a question that we will likely never know the answer to, but one that inspired countless stories throughout media. Video games are no exception to this, with the recent success of Spiritfarer showcasing this perfectly. The afterlife is entirely where the beautiful puzzle-platformer Evergate takes place, as you journey through the memories of two kindred spirits.

You play as Ki, a soul who is looking to progress through the Afterlife and onto their next life. Unfortunately for our spiritual hero Nightmares have invaded the Afterlife, and are somehow stopping Ki from moving on. Only by exploring Ki’s past memories will you be able to uncover the secrets of your past, be able to leave the Afterlife, and learn more about your connection to another soul across multiple lifetimes. This may sound like a heavy subject matter to go alongside your platforming fun, but it’s a tale of friendship and connection that is truly heartwarming. 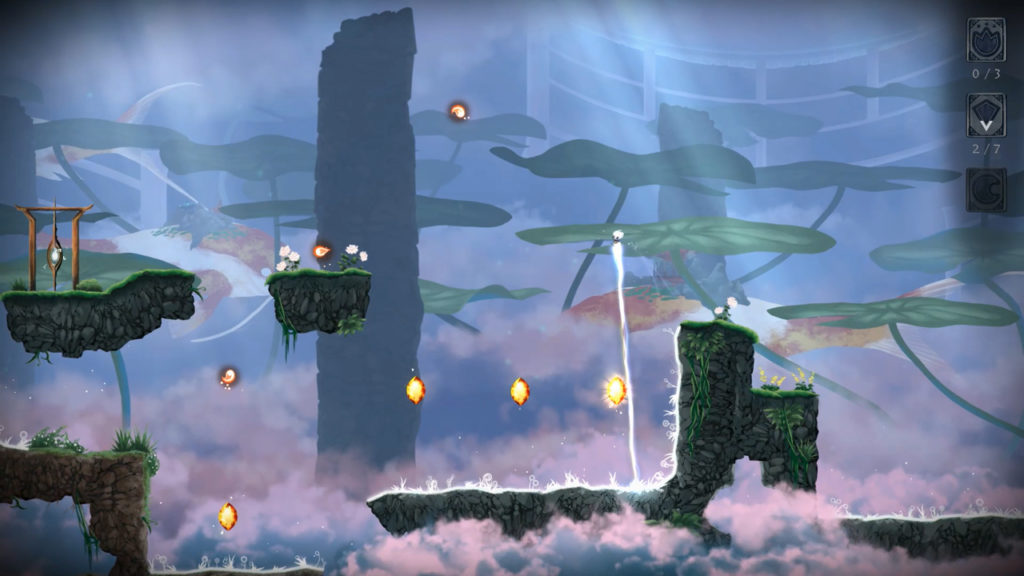 Moving through the world of the Afterlife is incredibly easy. Ki is floaty and has a huge jump height, and instead, the game’s difficulty comes from navigating Ki’s memories using their unique Soulflame ability. By holding a shoulder button you’ll emit a beam of light you can target in any direction, and if it passes through a crystal onto a wall lit with white light you’ll be able to unleash the crystal’s power. If you are midair when doing this, time slows to a crawl, enabling you to use the Soulflame in the exact way you want without the need for twitchy reactions. In its most basic form, you’ll use this to propel in the opposite direction to a yellow crystal and bounce to a higher level, but each world introduces a new colour of crystal to really challenge your brain.

Once Evergate starts to add and combine these different crystal colours, the stages really ramp up in difficulty. There are crystals that swap you with any platform you are pointing at, crystals that create new ledges to stand on, and even crystals that create zero gravity areas that you can float through. Combining all of these elements to reach a level’s exit is hard enough, but when you also aim to complete the bonus objectives it’ll take all your problem-solving skills (and a little trial and error) to progress. 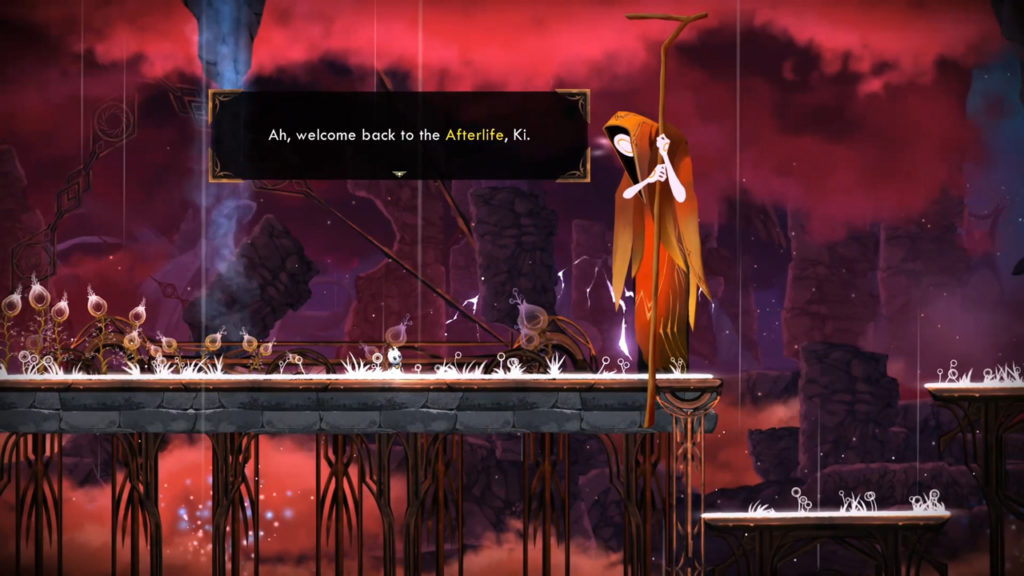 Each stage has three of these bonus objectives to complete, rewarding you with an essence point for completing them. One objective sees you having to activate all of the crystals on a stage, another finding three petals located in hard to reach places, and the last reaching the gate before a timer runs out. These tasks can all be completed on separate attempts, and spending time becoming an expert in each level never became tiresome – especially when utilising the artifacts they unlock to improve Ki’s abilities.

Only one artifact can be equipped at once, but the powers they provide completely change the game. It’s possible to beat every stage and objective without taking advantage of them, but they definitely make it easier to reach the goal and earn an extra essence or two. One artifact gives you an extra jump after activating your Soulflame, another makes all breakable platforms unbreakable. There are 30 artifacts in total, and utilising their varied effects never ceases to satisfy. Balancing the difficulty with all the possible effects players could bring to a stage must have been a huge undertaking, and for the most part Stone Lantern Games succeeded in that mammoth task. 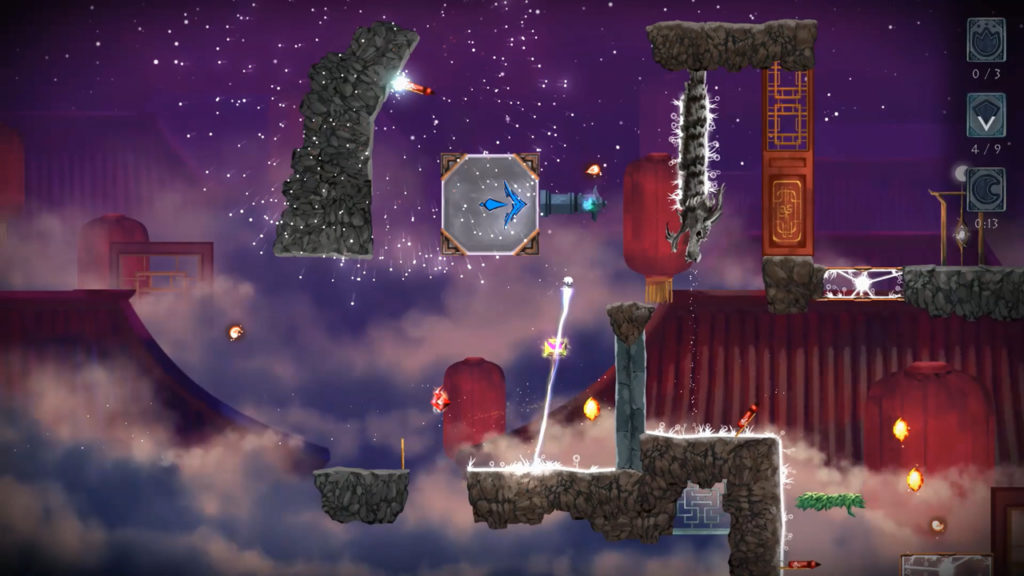 It would be unfair to talk about Evergate without mentioning it’s visual design and soundtrack. The game looks beautiful with its dreamy Ori like aesthetic, and the orchestral soundtrack only serves to heighten the emotional impact of the game’s story. The title track “Ki’s Lullaby” is particularly beautiful, inspired by a lullaby that composer Mike Miller wrote for his daughter.

Evergate is a thoughtful and unique puzzle-platformer, with some emotional story beats and charming presentation. If you prefer to think you’re way past obstacles rather than bound over them, you’ll have a great time with Evergate’s unique gameplay mechanics and tricky optional objectives as you explore life after death.

Evergate is a touching and thoughtful puzzle platformer, with an incredible soundtrack and unique mechanics.