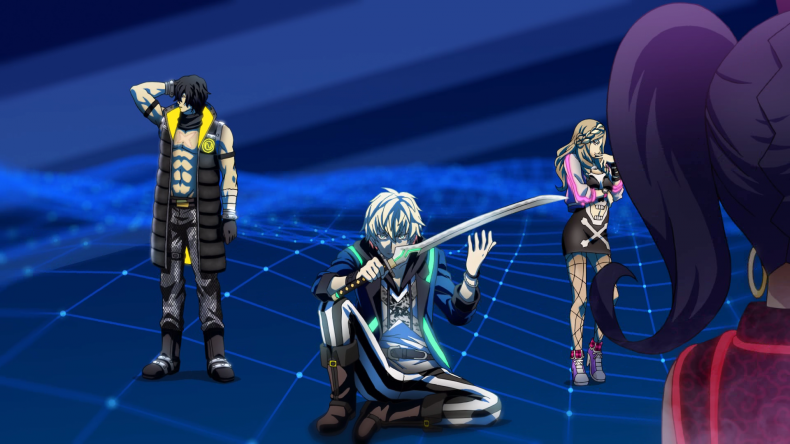 Tri-Ace, best known for the Valkyrie Profile and Star Ocean games, released a game called Exist Archive: The Other Side of the Sky in Japan as a collaboration with Spike Chunsoft. Exist Archive is Valkyrie Profile in almost everything but name and is a worthy spiritual successor to it, even with its flaws.

An explosion in Tokyo causes a dozen people, including yourself, to die. You find yourselves in a futuristic albeit lush land known as Protolexa. You meet Mayura initially and are introduced to the basics of exploration and combat. The story progresses as you meet more and more from the original dozen and after a certain chapter, you’re locked into one ending of several.

Exploration in dungeons occurs on a 2D plane with metroidvania elements. There’s platforming to access different areas and you can explore previous areas through side quests later on. This is useful once you’ve learned new abilities like double jump to access areas you couldn’t before. The controls here are a bit floaty but you get used to them quickly. Battles are not random and you get to see enemies ahead of you indicated either by an actual enemy model or by a generic shape indicating a battle. While exploring feels fresh initially paired with the fun combat system, things start to fall apart when you realise there’s a lot of re-use and re-skinning of assets going on in terms of dungeons and enemies. Exist Archive’s combat system is great and I enjoyed even the easiest of battles. Each of the four party members you can use in combat are mapped to each of the face buttons of the Dualshock 4 controller or the Vita. There’s an action and a guard phase. Action points or AP are consumed as you attack and this is where strategy comes into play. You can choose whether to go all out and try to take out all the enemies in a single turn while using up AP or hold on to some AP (which recharges with each turn) and unleash a combo later on. Each of the party members has different skills as well so you can have various parties play out differently as you decide on the four you want to focus on. The only real flaw with combat is the reliance on getting an enemy to drop items depending on how you kill it. This makes things more tedious than they should be.

The PlayStation 4 version of Exist Archive looks and runs great throughout but it feels like a Vita game remastered for home consoles. While I love the colourful dungeons (even with reused assets and such) with futuristic backdrops, many textures could have been much better. I played Exist Archive on both PlayStation 4 and Vita for review and cannot recommend it on Vita if you have access to a PlayStation 4. It suffers from long loading times and even a few crashes. I usually prefer and recommend playing RPGs on handhelds but will steer you to the PlayStation 4 version for Exist Archive. Character portraits look great but I’m not a big fan of the character models in combat. The faux chibi look didn’t really work for me. The transition from the dungeon exploration into combat also has a pause on PlayStation 4 which isn’t in the Vita version for some reason. I wish Exist Archive was a bit more polished on both platforms because it is a solid RPG. In addition to dungeons reusing assets, enemy designs commit the same crime even reusing some combat animations. A move that will please many is the inclusion of both Japanese and English voice acting. Both voice tracks are good and you can safely go ahead with either language for voice. Motoi Sakuraba’s score complements the visuals and the gameplay very well. I was hoping for something a little more memorable with the music though.

After being completely disappointed by Star Ocean: Integrity and Faithlessness, tri-Ace managed to impress me with Exist Archive. If you’ve been craving a Valkyrie Profile or just an RPG with a unique visual style and fun combat system, Exist Archive is the game for you. It is good to see more RPGs like this on home console in a time when most JPRG developers are ditching the big screen.

The Valkyrie Profile successor you always wanted in both the good and the bad ways.