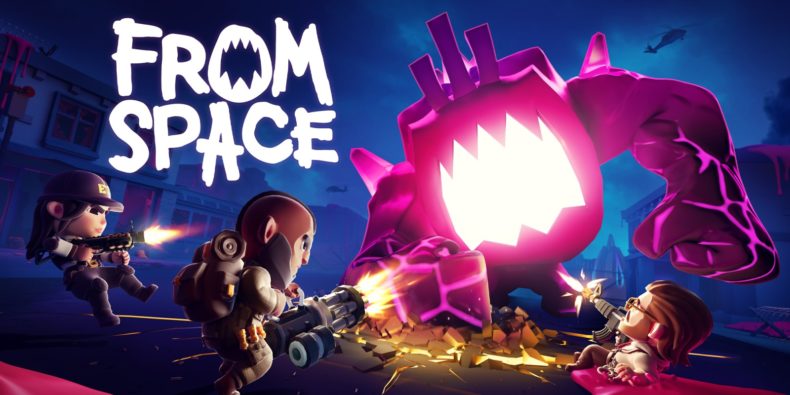 When it comes to video game enemies, there aren’t many more popular options than aliens. From the arcade menace of Space Invaders to Half-Life and everything in between, bad guys from other planets have always found their way into our games. From Space brings a pinky purple evil down from the heavens, and it will take all your twin stick prowess to send them packing.

As one of six classes, it’s up to you (and potentially up to three friends) to save the earth from the alien menace. This means collecting guns, power ups and orbs to make yourself stronger and completing objectives while blasting back increasing waves of extraterrestrials. It’s not exactly the most unique setup for a video game, but it gets the job done and sets you up for some arcade action.

Controlling your little soldier is easy, with the expected twin stick configuration of moving with the left stick and aiming with the right. You also have a dash to get out of harms way (which unfortunately doesn’t grant any flicker of invincibility) and a whole host of items to help you hold back the hordes of enemies. 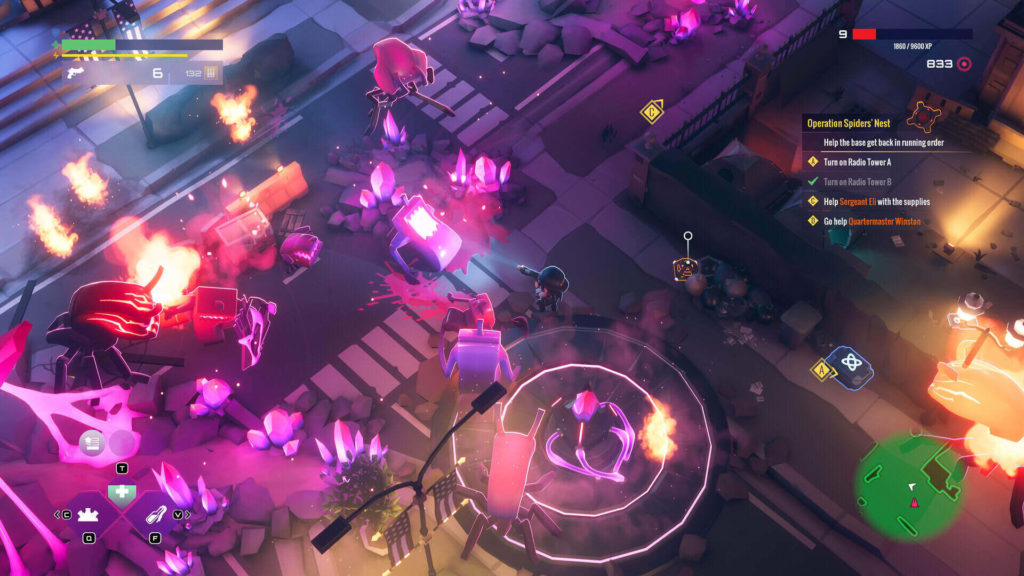 These items fall into two categories, grenades and gadgets. The grenades work exactly how you’d expect, with a variety of explosive, flaming and sticky versions to use in different situations. The gadgets are more exciting, featuring such handy options as barbed wire to slow and hurt approaching aliens, machine gun turrets and electric fences. Taking advantage of these items is essential when facing a tough horde or nest, and I only wish my inventory let me carry more of them.

It doesn’t matter how many grenades you stockpile though, you won’t get far without a good gun. There’s a nice selection in From Space, from revolvers and shotguns to flamethrowers and even a lightning gun. Not all of these guns are created equal though, and some would definitely be more beneficial with friends. Slowing enemies down with the electrical blasts of the lightning gun would be great if you had a buddy or two to help pick them off after, but in solo play you just end up with a very large group of angry aliens waiting eagerly for you to reload.

Most of your alien busting equipment is found lying around the streets and buildings of From Space, but some is class specific. The Shadow Sniper has (you guessed it) a sniper rifle and a claymore, the Goalkeeper is equipped with a big ole minigun and a shield, and my favourite the Flame Trooper has all sorts of fire based weapons to set the alien scourge ablaze.

You won’t have access to all of these weapons to begin with though, you’ll have to level up to unlock them. Every time you gain a level you’ll be given all sorts of handy buffs, be it access to new weapons to perk slots or even an improved dodge. These meaningful upgrades means it always feels good to level up, and because all the classes share experience you don’t have to worry about grinding away as each of them. 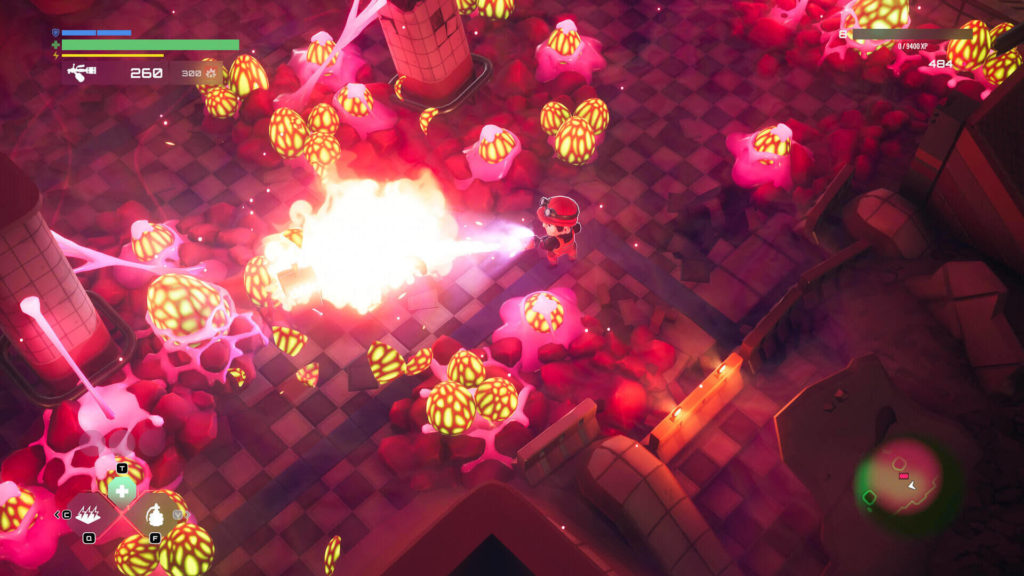 You’ll need all the buffs you can get when facing down the hordes of aliens. There are a variety of pinky purple monsters to take down, with admittedly varying levels of success. The basic grunts running at you are fun to fight, as are the hulking brutes sporting a shield, but a lot of the others are less enjoyable to encounter. The frogs especially are aggravating, with a jumping attack that seems to come out of nowhere no matter how hard you try to dodge it.

And if some of the enemies aren’t irritating enough, some of the objectives you have to accomplish will surely push you over the edge. I can’t fathom why the developers of From Space thought it was a good idea to force you to escort NPCs through hordes of aliens, but watching them die as I struggled with my own problems became a pretty regular occurrence.

From Space is a perfectly fine twin stick shooter, but it isn’t a particularly exciting one. If you need a game to play with your mates and like experimenting with different classes then you’ll likely have a good time, but you’ll have to put up with some annoying enemies and quests to do so.

From Space is a decent twin stick shooter made even better with friends, but some annoying design choices make it a little tough to recommend

Autonauts vs PirateBots given free to UK schools, colleges and universities