previous
Let's Build a Zoo review
random
next
To The Rescue! review
0 likes 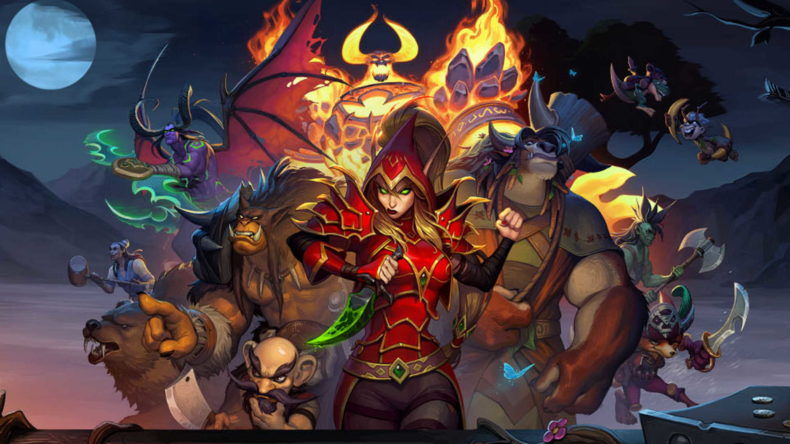 Since its hugely successful debut in 2014, Hearthstone has gone through numerous transformations. Whether it’s new classes, game modes or card releases, if you’ve ever spent more than a couple of years away from the digital card game you’ll be greeted by all sorts of wonderful new content. I’ve been present for almost the entire lifespan of Hearthstone, and have happily gorged on all the card based content Blizzard has chucked my way. This time around we’ve been gifted one of the most impressive new modes yet, in the form of Hearthstone Mercenaries.

First off, it’s worth mentioning that Mercenaries is a completely separate mode of Hearthstone that requires absolutely no knowledge of the game. Nor does it require you to have collected any cards of your own, with its own booster packs full of heroes and coins to collect. If you want to play some turn-based battles with a Warcraft theme and have no interest in card games, you are more than able to play Mercenaries exclusively. 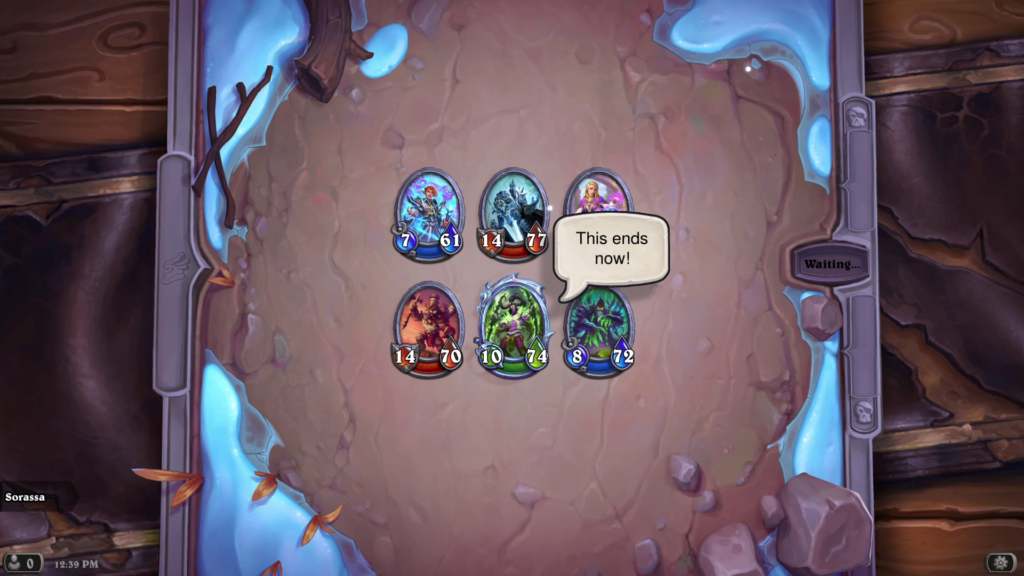 Hearthstone Mercenaries sees you and your team of three heroes from the depths of Warcraft lore, doing battle against a rival set of heroes in turn-based RPG combat. Each turn sees every character using a chosen ability, followed by a round of combat where the fists start to fly. If you’re playing against AI opponents (which depending on your PVP enjoyment is the bulk of this mode) you can see what they’re planning to do this turn, but against real world players it’s all about reading your opponent.

Your heroes are broken up into 3 types, which deal double damage to each other in a classic rock paper scissors style. Protectors beat Fighters, who beat Casters, who predictably are good Protectors. You’ll never struggle to tell which type is which, as they are all handily colour coded so you know who you’ll be able to hurt the most.

Each mercenary is completely unique, with a range of abilities that can turn the tide of battle if used properly. One strategy you might want to use is hiding your frail characters behind a beefy Protector with taunt, or maybe you’d rather use skills that delay enemy attacks so your heavy hitters can act first. Different tribes make their return from the standard card game too, and it’s often worth bringing a group of Murlocs or Beasts to your lineup which all buff each other while attacking. 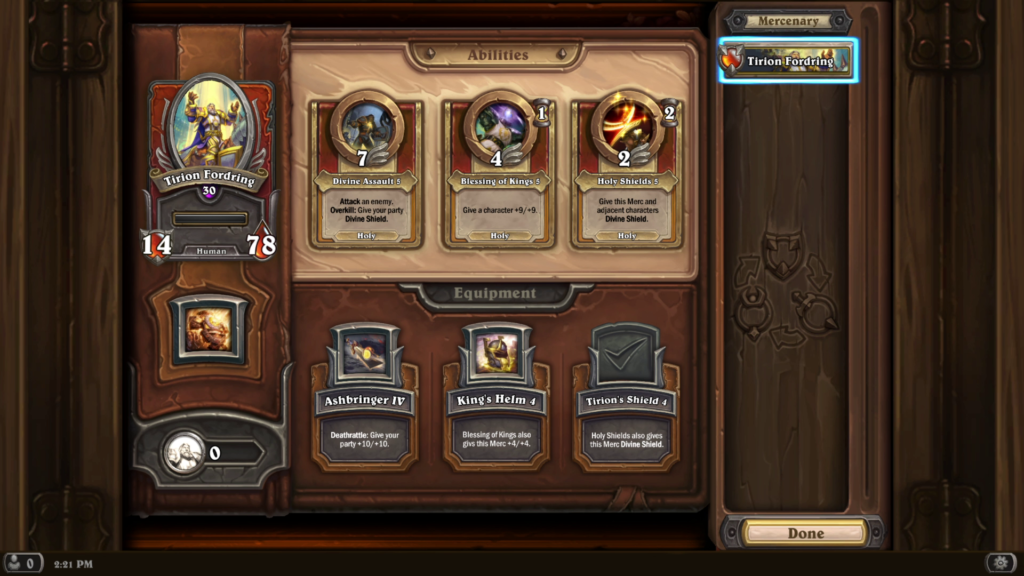 To start with you’ll only have the option to take on the AI in the fully fleshed out Bounty Hunt mode. Each bounty you go on sees you taking on a variety of battles, before reaching the boss you’ve been hunting. To get to the boss you can choose a variety of routes (reminiscent of something like Slay the Spire) that’ll see your party taking on different enemy types, upgrading your abilities and even getting free coins from random events. This slight roguelike twist really livens up the adventure, and means if you fancy grinding away to improve your mercs it doesn’t feel too repetitive.

There are a bunch of ways to power up your mercenaries between runs. The most standard is simply by levelling them up through battle, which will unlock their base abilities and beef up their attack and health. To upgrade the abilities themselves though you’ll need coins. While playing through bounties, completing dailies or opening packs you’ll get coins corresponding to different characters. Gather enough coins and you’ll be able to upgrade abilities for and more, significantly increasing the overall power of each character. There aren’t many ways to consistently get the coins you want, and it’s often more worthwhile to use the characters you get coins for rather than the other way around.

If you’re willing to part with your cash, packs will net you a bunch of characters and coins to give you some more variety. I was given a bundle of 50 packs and the Diablo hero for this review, and honestly I was a little underwhelmed with the contents of what I opened. Initially I was unlocking loads of new characters to choose from, but once you’ve opened 20 or so you’ll rarely get anything but coins and new portraits that only offer aesthetic benefits. Compared to getting new cards in standard packs, it just doesn’t feel that rewarding. 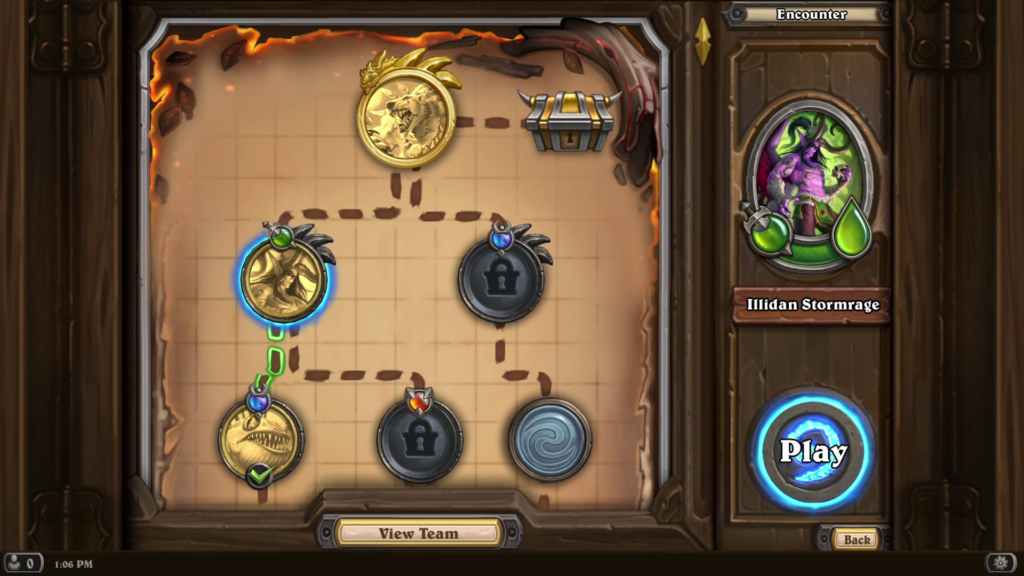 After a few bounties you’ll unlock the ability to play against real humans in the arena, which is a different ball game entirely. Using what you’ve learned from bounties, you’ll need to take down the enemy before with no knowledge of what attacks they’ll use or mercenaries they’ll send out. It can take some adjustment to get used to this style of combat, but once I did I really enjoyed the PvP. The matchmaking feels really good too, with each match feeling fair and like the better player won. The only real issue I had was wait time. I understand that the player base is spread out between a lot of different modes nowadays, but waiting over 4 minutes for a match feels pretty awful in 2021.

Hearthstone Mercenaries is my favourite addition to Hearthstone since launch. The turn based combat is different to anything else the card game has to offer, and the roguelike single player options are incredibly deep. It’s a bit of a shame that upgrading and unlocking characters is a slog though, even when spending extra on packs. Still, with plenty to enjoy on your own or with others, Mercenaries has now become an entertaining staple of my daily gaming.

Hearthstone Mercenaries is a fantastic new mode, with plenty of fun options for solo and online play.