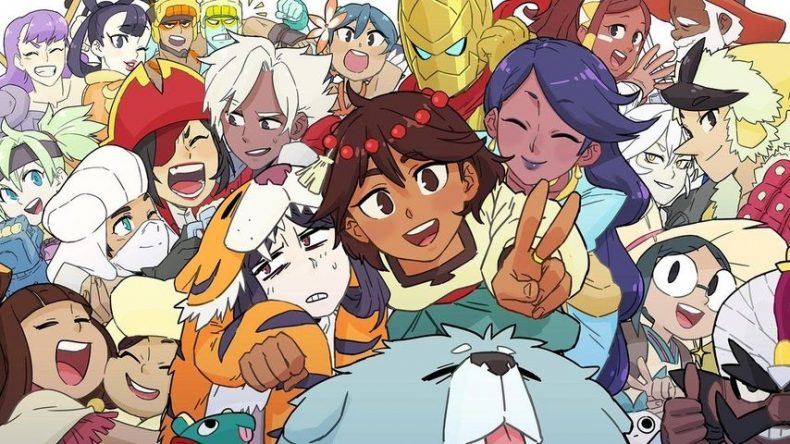 Switch Re:port covers the Nintendo Switch version of a game. Indivisble was simultaneously released on PS4, Xbox One, and PC on October 11, 2019 and scored 9/10 on PlayStation 4.

Hands up who played Indivisible…

While Lab Zero Games’ action-RPG platformer was easily one of the best games of last year, it landed on few people’s radars. Talk to anyone and they’ve probably not played it, and quite honestly, it’s a crying shame. Indivisible is one of the best looking games of last year, and the gameplay is so satisfying that it is, indeed, perfect for the switch. You play as a young girl called Ajna as she goes off in search of the people responsible for her father’s death.

Despite there being mistakes made with the release date on the Nintendo eShop, it’s just as fun to play as it is on PS4. The release date was pushed back a few days so Lab Zero could add framerate options, 1080p support when docked, localisation changes and performance improvements, but the delay didn’t happen and these options weren’t added. Regardless, I’m just as in love with it now as I was then. The colourful environments are stunning in both handheld and docked modes, with no fidelity issues whatsoever. Indivisible’s hand-drawn art style complements the well-written story, with a compelling narrative and genuinely humorous banter between the characters. I’d forgotten how much I enjoyed playing this on PS4, and with the capability to sit in my old man armchair and play while the kids watch a movie is a welcoming escape.

Indivisible blends so many different genres, all working together fluidly. The platforming is smooth, the visual novel-style cutscenes are wonderfully animated, and the turn-based battles are a dream. When you have more than one character in your party, you’re able to press a button corresponding to that character’s moveset. They all have weapons and abilities, and experimenting with which party members to keep is where much of the enjoyment is.

The world is surprisingly big, and there’re a lot of colourful characters you’ll meet and absorb (a way in which you get to travel with many companions). Whilst playing in the battles, it can be easy to get to grips with how they work, but the real challenge comes with how efficient you are with what you have, and the speed at which you use your attacks. It can be difficult at times, but that’s what makes Indivisible so good.

Indivisible is a corker of a game, and it plays wonderfully on the Switch. Everything is as smooth as butter, the text is bold and easy to read in handheld, and nothing suffers in its arrival on Nintendo’s wonderful console. You may have never heard of Indivisible before, or you knew of its existence and chose not to give it a go, but I guarantee you this, Indivisible is one hell of a game.

Indivisible is just as good as it ever was, and the visuals hold up well on the Nintendo Switch. The story is engrossing, the gameplay is challenging yet fun, and the hand drawn environments are beautiful.