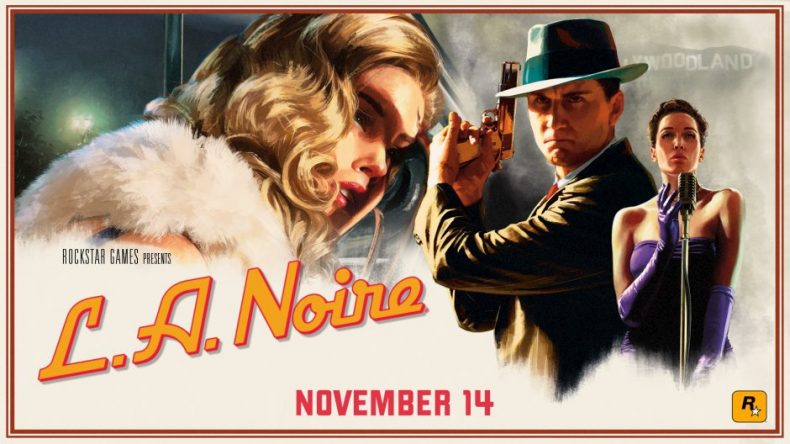 Some games stand the test of time – not always for their impactful story or because they’re a joy to play, but because they do something that hasn’t been done before. L.A. Noire was one of those games, motion scanning every face of every character to make them express every emotion, thought, or feeling with a realism never seen on a pixel-laden face. The original game wasn’t everybody’s cup of tea, but Team Bondi pushed the boundaries and gave us something remarkable, even it if cost them big. Still, why the game has seen the light of day now is anyone’s guess, but it’s good to see it again; this isn’t just a release, it’s a reminder of Rockstar’s talent and diversity.

L.A. Noire follows the life of beat cop Cole Phelps after the war, and his rise amongst the ranks of the LAPD. Where GTA and Red Dead Redemption give you a world free for the taking, whether by force or gunfire, this makes you do it by the books, literally. Cole is part of the police, so there are no murders, pulling a gun out on a douche who looks at you funny, or blowing up a trail of cars and lorries on the freeway. You’re a responsible member of the law (albeit with a shady past), so you stick to the rules. This is probably where L.A. Noire is at its best, however, as you’re playing a game with the good of the people in mind, and oppose the murderers for a change. Cole investigates crime scenes by looking around for clues, and if he finds anything important, he’ll pick it up and write it in his notebook. Once a crime scene has been explored fully and everything of note has been found, the investigation music stops and you can move on. Clues may range from bullets fired, to cars filled with blood, to dead bodies covered in lacerations and other wounds. When it comes to interviewing suspects in each case, you can refer to them to try and implicate them after you suspect them of lying.

Interviewing has been changed a bit since the original; instead of having the reply options being Truth, Lie, or Doubt, the options are now Good Cop, Bad Cop, and Accuse. These new options mean it’s clearer when choosing your reaction as the original choices always felt a bit confusing. Reading your interviewee’s response can still be tricky, but with the improvements to visuals it’s much easier than before.

L.A. Noire looks good. Visually it’s clearly been improved, from the lighting and the weather, to the designs of the buildings and Los Angeles in general. Faces are clearer to read, and characters look really good. It still looks like a last-gen game, though, and that’s not a bad thing, because it looked excellent on Xbox 360 and PS3 – it’s just the nature of remasters from days gone by. Its sound design is great for the most part, but occasionally the dialogue sounds a little distorted, most noticeably in the cutscenes. The score is excellent, and it sets the mood of the era well, thanks to the orchestral big band tunes and the jazz. The Nintendo Switch version looks great in portable, with the odd dip in framerate docked. The motion controls offer a new way to play, and if you’re one for trying new things, this is a great way to experience the game. It’s much easier to play in handheld – like most games, but Rockstar has offered new ways to play, and using the joy cons in the investigations help to make them feel less repetitive the more you do. In handheld, using the touchscreen also gives you a quicker response when finding items on the floor or on a surface, as finding them with standard controls can be more difficult.

L.A. Noire is still a fantastic game, with better looking visuals, tweaks to interrogations, and all DLC included. If you weren’t a fan back in 2011, you’re not going to play it now, but if you’ve never played before and fancy something different, definitely give this a go. Cole Phelps isn’t the most likeable protagonist, but nothing in this game is black and white – grey areas exist in the darkest corners, and Rockstar highlights the darkness with freckles of a fragile light.

Some sound issues
Tricky clicking on items in investigations

I'm still a big fan of what L.A. Noire tries to do, and with the improvements to interrogations and visuals, it's certainly worth giving it a go