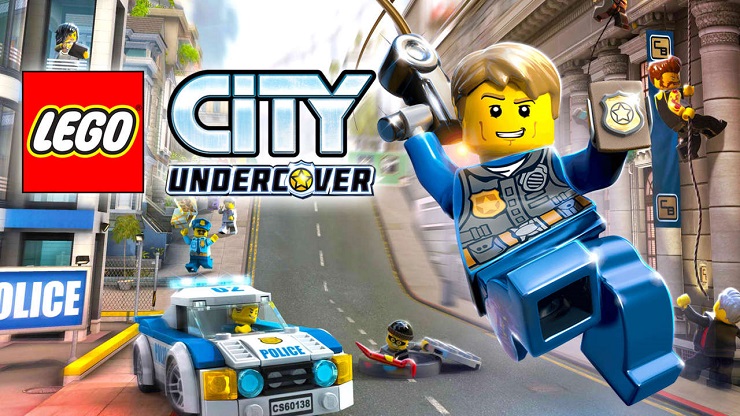 I never owned a Wii U, but when I heard about LEGO City Undercover, it almost made me splash the cash and by one – almost. Obviously, plenty of other games came out, but I never forgot about it, and I always hoped that one day it would come to the current consoles. Fast forward to over four years later, and Gods be praised, it found its way onto PlayStation 4, Xbox One, and the Nintendo Switch.

Without ties to any particular franchise, TT Games finally has a chance to create their own voice, and the writing is superb; it’s laugh out loud funny, and the many pastiches will entertain the older audience, such as the great Shawshank Redemption scene with the record player, or the Matrix scene where Morpheus trains Neo. It pokes fun at lots of different cop shows and police drama tropes as well, never failing to make you giggle to yourself. Chase McCain is a fabulous lead character, reminding me of a mix between Frank Drebin, Lionel Hutz, and Ron Burgundy; he’s a buffoon, but a loveable one. Your dumb friend, Frank Honey can get annoying, as he can be overly loud, but the way everyone calls him honey had me thinking about Darling in Blackadder. Tonally, it reminds me of the Naked Gun films, and the jokes are fairly similar, so if you appreciate that kind of comedy, you’re going to enjoy this.

The world is nicely decorated, and eventually you’ll get to travel to every area of LEGO City. The missions take place within the city, but the areas they occur in have more to offer, and act as actual levels as opposed to sections of the city. Once a mission is completed, these level areas are unlocked for free play, just like all of the other LEGO games by Traveller’s Tales. Many areas of the game are also locked until you unlock the relevant skills and costumes needed, for example, being a miner will allow you to blow things up with dynamite, and being a robber will allow you to break into rooms or buildings with a crowbar. Being a LEGO game means collectibles galore, and being an open world means a lot of collecting. It was always bad enough trying to collect all the studs in the franchise-based games, but this can be dangerous if you have to collect everything. Along with the thousands of studs, there are also the Gold Bricks, Disguises (over 250 of them), and Super Bricks. Many of the missions require a certain about of bricks to unlock, and Super Bricks can give you 1.000 or 10,000 depending on the size. At first, building the ferry can take some time as you don’t have many abilities, but the police scanner will help you locate the Super Bricks throughout the city. As you progress, it gets much easier, and with all of Chase’s uniforms, you’ll find them with relative ease (40,000 may seem like a lot to build a dragon, but it takes five or ten minutes max).

It’s not a tough game, and I think this is why it works as well as it does. A lot of the puzzles within the missions revolve around using a newly discovered skill, but they are implemented in many different ways, always attempting to mix up the gameplay. It never gets old, and although the combat remains pretty basic throughout, it’s still a lot of fun. You can even play basketball, weightlift, and at one point, there’s even a puzzle maze you have to move to get the silver ball inside from point A to point B. One feature not in the original game was co-op, but now you can have a friend jump in whenever you want. It’s pretty great for your kids to jump into, and with the difficulty being relatively low, it’s well worth asking you son or daughter to give it a go. There are some minor lagging issues, and some of the city will pop in and out; for the most part, it’s a stable game, but there are some issues which really shouldn’t be there. Thankfully, the load times have improved (on the PlayStation 4 version anyway), and overall the game runs well, with updated visuals that make it feel like a recent release.

LEGO City Undercover is great to jump in and out of; the campaign isn’t monumentally long, and there are lots to collect once you’ve finished it. There are loads of vehicles to drive and pilot, and the different areas of LEGO City feel alive. Despite some minor technical flaws, you’ll love exploring, building, collecting, and laughing.

Great humour
Pop culture references sit well with adults
Missions are varied, as are the puzzles
Lots to collect

With such a fun story, great gameplay, and the ability to enjoy with a friend or relative, you’re never short of having a good time.

A Big Week for Nintendo Sees Lots of eShop Releases