previous
Mafia III Faster, Baby! DLC released along with a free playable demo
random
next
ID@Xbox has some great games on the horizon
0 comments 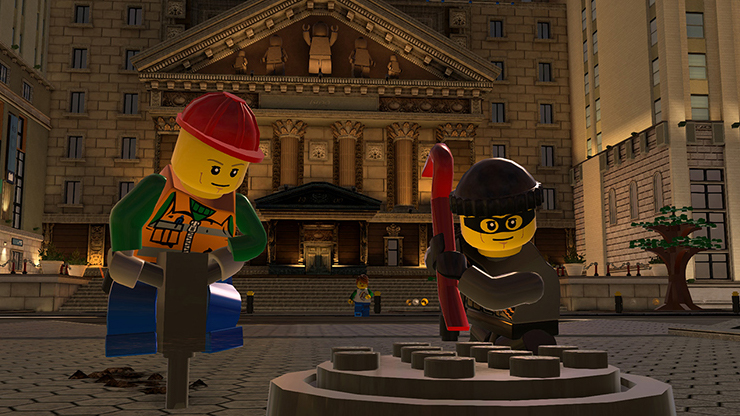 In a further update, Warner Bros. has clarified:

The information is listed incorrectly on the packaging of LEGO CITY Undercover for Nintendo Switch. Players who purchase a physical copy of LEGO CITY Undercover on Nintendo Switch at retail are getting the complete game, and do not need to download additional content to enjoy the full experience. An internet connection is not required to play the game. The only internet connection suggested is to download the typical content update patch.

Warner Brothers has responded to us with a statement for LEGO City Undercover on Switch. It reads:

“Players who purchase LEGO CITY Undercover on Nintendo Switch at retail do not need to download the game to play.”

Original Story: It seems like Warner Brothers decided to use a lower capacity cartridge for LEGO City Undercover on Switch.

When the eShop updated revealing the download sizes of a few upcoming games, LEGO City Undercover’s size felt off for sure. 7.1 GB is considerably lower than the Wii U file size so some have been wondering what is happening with the Switch version. Now that we are closer to the official release date of April 7, final retail boxes have started appearing in stores. The final box art mentions that it “Requires Internet” on the front. This is usually done on PS4 and Xbox One games that are online only. LEGO City Undercover should not be online only. But a look at the back mentions a 13GB download required for game download. Now if true and not a misprint, this seems like Warner Brothers is using a lower capacity cart for the game on Switch instead of the higher ones used in the likes of Zelda or even Dragon Quest Heroes 1+2 in Japan. Some retail releases on Switch are $10 more than they are on other platforms like Minecraft: Story Mode and RIME so maybe this is a compromise to keep the price on par with other platforms instead of using a higher capacity cart and charging more.

Once this is confirmed, I’ll update this story but for now this is absolutely disappointing if true and will make me get LEGO City Undercover on PlayStation 4 instead of Nintendo Switch where I wanted to initially play it. Nintendo needs to do something about this situation. With games like The Binding of Isaac: Afterbirth+, the $40 price point in North America is only $3 more than what it would cost to buy the game and the expansions on PC so it is fine. Charging $10 more isn’t fine. Making customers download this much data to just play the game they bought physically definitely isn’t ok. I just hope this is all a misprint and the cart has the full game. Here’s an article on Gamesindustry.biz explaining the cost conundrum for developers.

LEGO City Undercover is set to release on April 7 on PlayStation 4, Nintendo Switch, Xbox One, and PC.