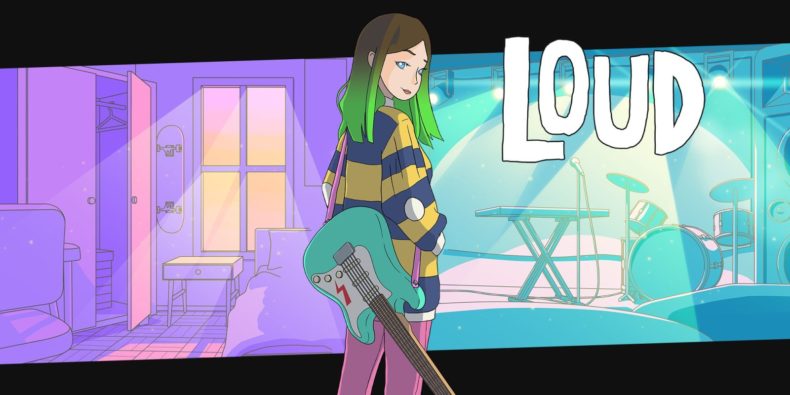 I think it’s fair to say that rhythm games aren’t particularly well known for their stories. Usually you’re far too busy rocking out and hitting notes to think about a rich narrative, but maybe that means there’s a gap in the market. LOUD was initially described to me as a cross between Guitar Hero and Life is Strange, so I was fully prepared for teenage drama and some banging tunes.

Our musical journey centres around Astrid, a teen girl who thinks growing up sucks. To try and cope with day-to-day life, Astrid tries to keep busy thinking about music. There’s nothing she loves more than her favourite bands, and after her dad catches her playing air guitar with a broom he has a surprise for her. Her very own guitar, which will take her on all sorts of adventures. 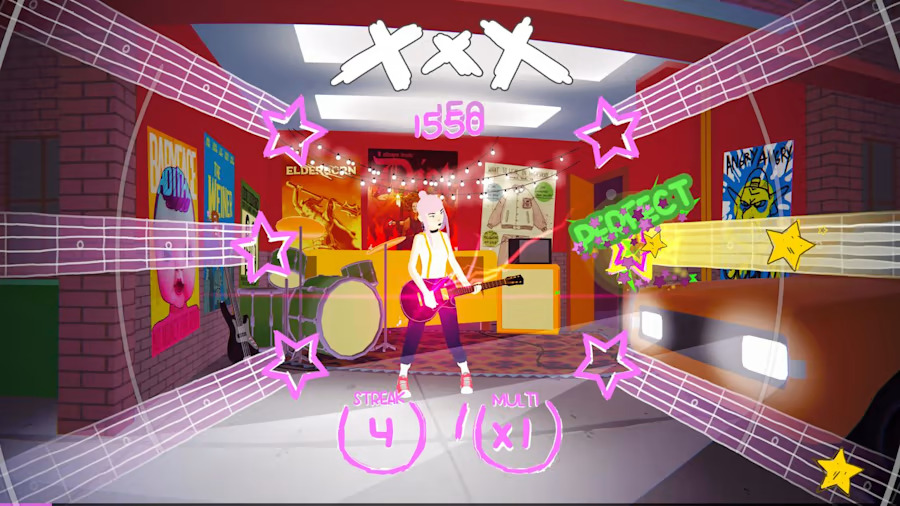 Between these snippets of story, you’ll be thrown into musical stages. These see you playing along with the music by hitting notes that move along six lanes that correspond to six buttons. It works exactly the way it did in Guitar Hero (and countless other games) but if it ain’t broke don’t fix it.

Alongside hitting normal notes there are also notes that you need to hold the button down for, and notes you need to tap the button for. That’s all there is to it, but that doesn’t stop LOUD from getting challenging in the later stages.

A game where you hit notes to the beat is nothing without some great music to play along to. Unfortunately LOUD just doesn’t have that. The soundtrack is purely instrumental pop punk, and although it isn’t terrible it is very hard to distinguish one song from another. It can’t be understated how much this detracts from the experience, and it ensured I was never excited to replay a level. 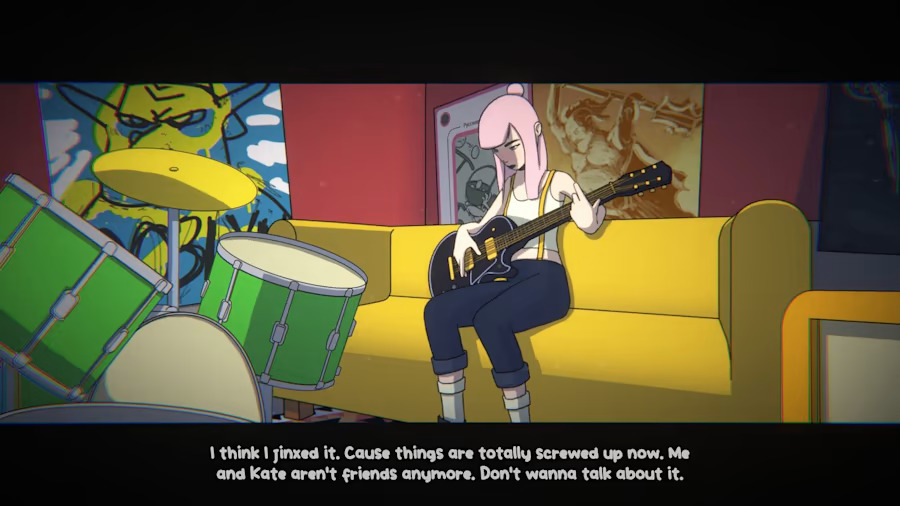 The actual rhythm gameplay has some issues too. The notes that propel towards you are star shaped, and because of the way they rotate it’s really hard to tell when they reach you. The notes often don’t correlate particularly well to the music, and on some stages you end up playing drum beats and guitar strums all while holding your axe. It did make me appreciate how well Guitar Hero and Rock Band did it all those years ago though.

Although it has its issues, because of its short run time it’s hard to imagine anyone not making it to the end of LOUD. It took me about 90 minutes to make it through the twelve songs to the end credits on regular difficulty, and there isn’t really enough of a story to pad it out beyond that. If you’re really loving the gameplay you can unlock a super hard mode of each song by getting an S rank on it, but that’s pretty much your lot.

LOUD is a perfectly acceptable rhythm game, but it doesn’t do enough to stand out in a genre full of experimentation. The idea of a teen drama narrative in a Guitar Hero clone is really interesting, but with so little story to focus on and a forgettable soundtrack it’s hard to recommend it.

Loud is a perfectly serviceable rhythm game, but a forgettable soundtrack and a lack of content makes it hard to recommend.