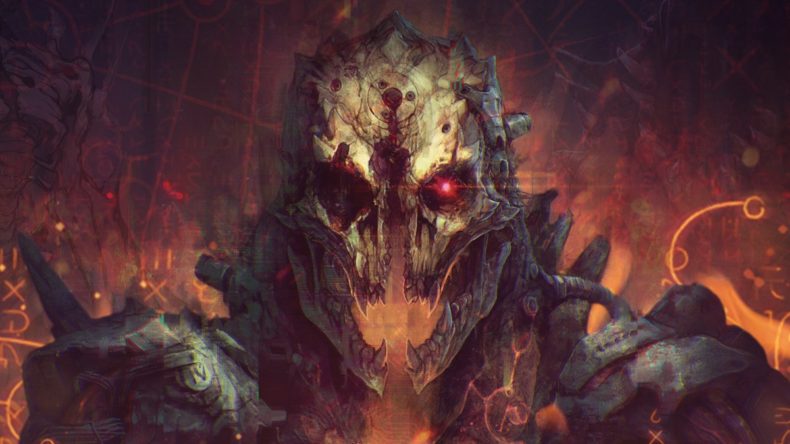 Jupiter Hell has been in Early Access for a long time. I’d never heard of it in all honesty, but I’m so glad I got a chance to become acquainted with it. It’s a spiritual successor to the original Doom. Instead of FPS demon slaying, it requires a bit more strategy. However, when all hell breaks loose and those freaks start charging at you, it becomes one hell of a joyride through fire and brimstone.

I wasn’t prepared for how much I would love Jupiter Hell. It’s a no-nonsense turn-based shooter. Stripping back all the menus, abundance of abilities, and general fluff of other titles in the genre, it throws you into a nightmare with nothing but a gun and a bad attitude. Fuck, yeah! It’s a hectic streamlined shooter with an addictive loop to it. Like other roguelikes, you progress from area to area, but the carnage that follows you around is invigorating. It cleanses the soul and lets you blow off as much steam as possible.

The basics of Jupiter Hell take minutes to learn. It plays much like the recent John Wick Hex. Every move you make, enemies move as well. If you stop, the option to take stock and plan your next move is available. Believe me, this comes in very handy when you’ve got a horde of aliens charging straight at you and nothing but a wrench. There’re three classes to choose from before you start each run: Marine, Scout, and Technician. Each class has a few distinctive traits, but they can all be used to blow shit up. 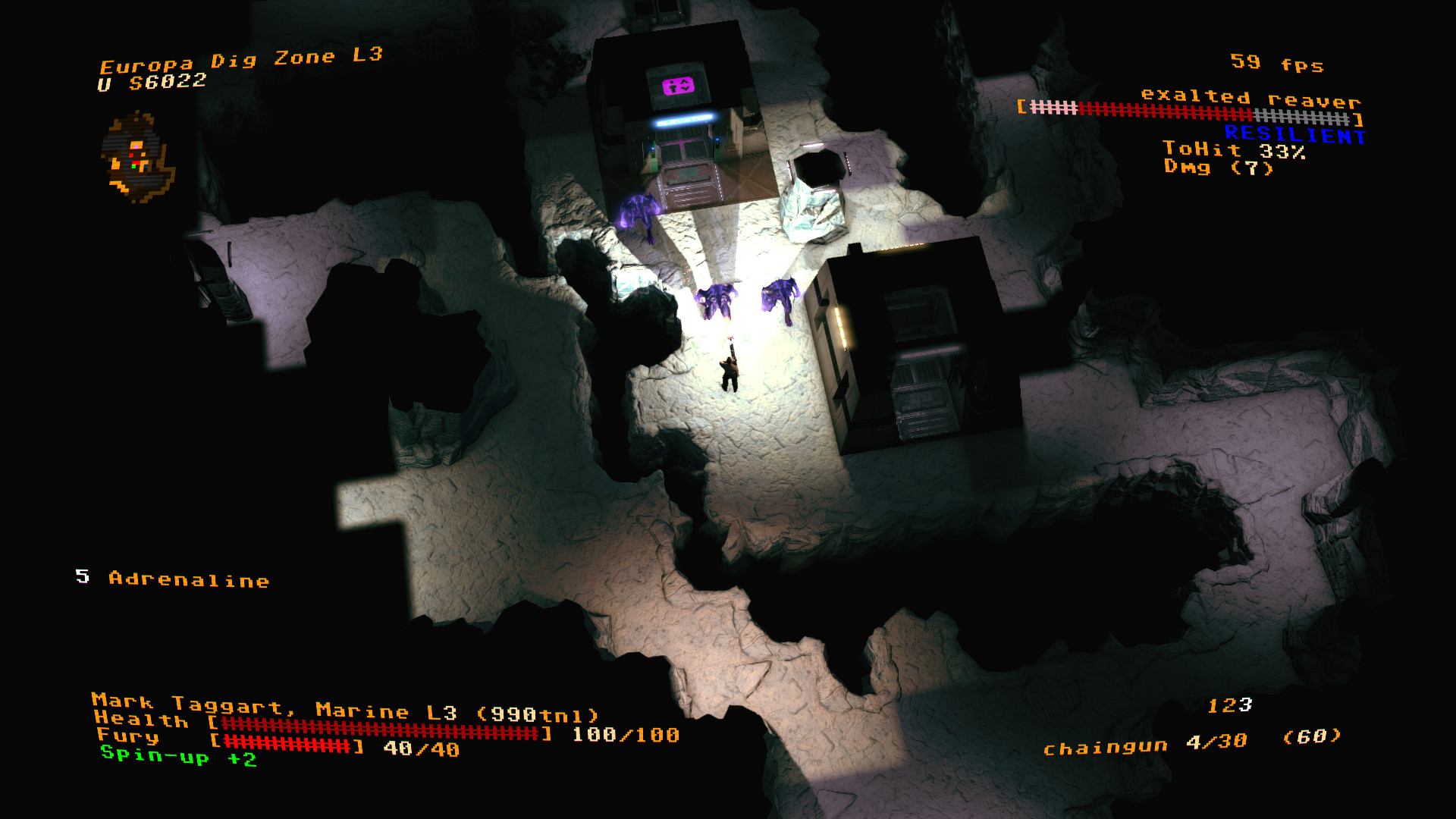 The marine has a med-kit from the start, and can use adrenaline for a buff when attacking; the scout can use a protective shield to mask himself from enemies and starts with a revolver; and the technician can create smoke screens, as well as starting with some multi-tools. Every time you level up, you can unlock a new perk that helps in various ways, but the likelihood of unlocking them all is slim unless you’re a bona fide gunslinger. Jupiter Hell is insanely tough if playing on anything other than easy. Still, that challenge is what keeps you going.

There’re a ton of weapons to find in Jupiter Hell. Chainsaws, shotguns, railguns, and rifles. You can throw grenades or blow up fuel drums. Options are limitless when it comes to wiping out the demonic hordes. The strategy of whether to reload or move behind cover, fire at an exploding barrel or save bullets is in constant fluctuation. While you do have time to think and plan your next move, it never feels like you stood still for very long. Jupiter Hell is so easy to get to grips with, that the gameplay feels fantastic as you move around the Callisto and descend into the various floors of the ship. 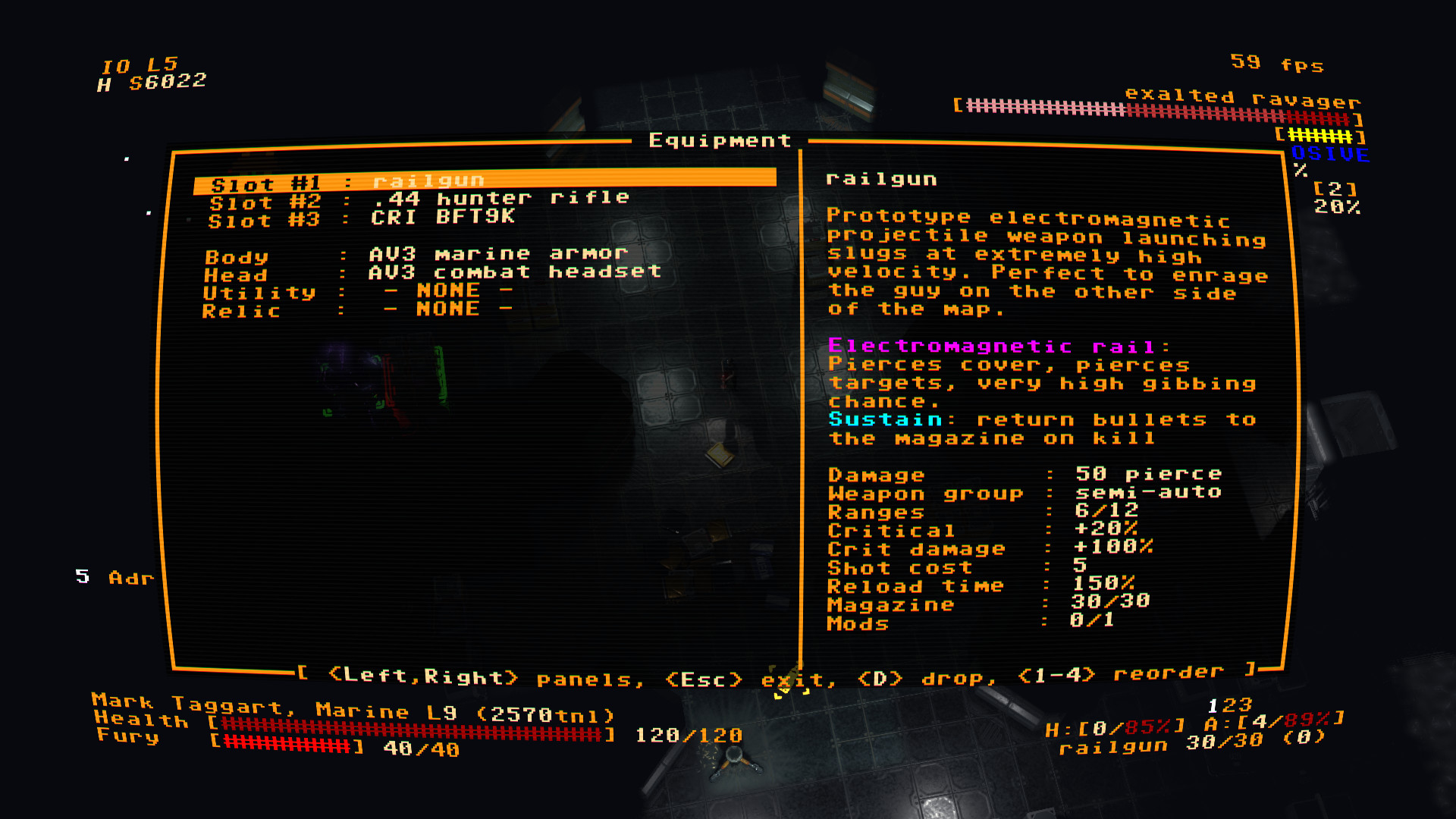 The Moons of Jupiter are procedurally generated, meaning every playthrough is different. You may find a floor plunged into darkness. Another may be filled with overwhelming numbers of monsters or zombie soldiers. Whatever the challenge, it always feels new. The objective is to get further and further by finding the elevator and escaping. Sometimes, the power has gone out and you need to find a terminal to turn it back on. By using multi tools on certain computers, you can reactivate the power, or send a flurry of security drones to attack any nearby foes.

The CRT monitor aesthetic is so damn cool. While it does feel like an old-school 90s shooter, the gameplay is fast-paced and modern. Blowing shit up to a heavy metal soundtrack whilst your marine offers both cheesy and obnoxious quips is wonderful. The text is almost archaic by today’s standards, but it works. Jupiter Hell does feel a lot like doom, but it also reminds me of Alien a lot. The tense atmosphere and the floods of creatures. The dark corridors and claustrophobic feel of the ship. I died a lot, and I swore even more. But I couldn’t get enough of it. 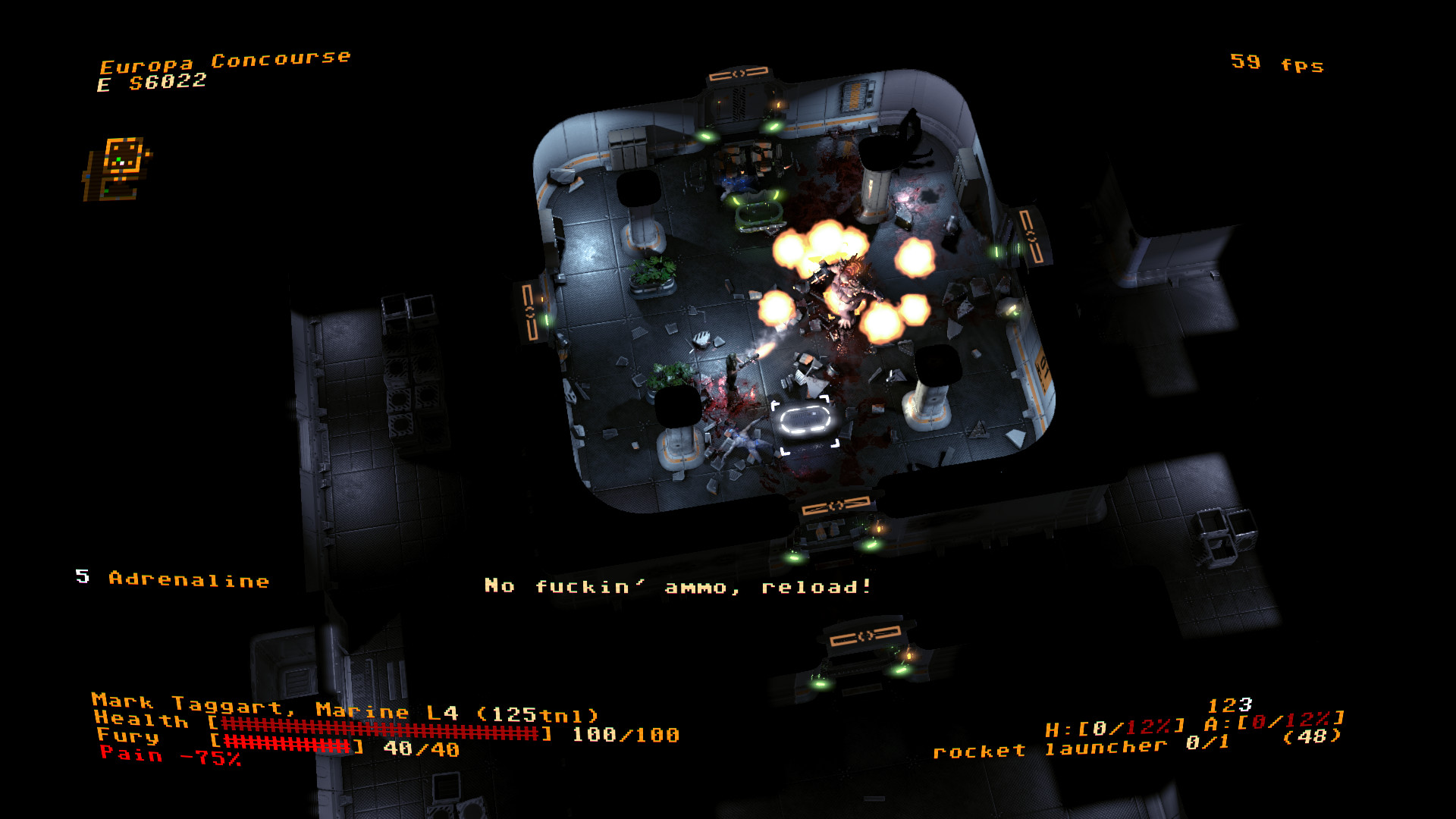 Due to a lack of inventory management, you’re pretty much always focused on what is happening on screen. You can only switch between three weapons and a couple of abilities, so there’s rarely a need to dip into the menus. Having such a streamlined experience allows you to fully appreciate what is happening on screen. You’re focusing on the action all the time. Appreciating every little detail in the ship and it’s surrounding areas.

Jupiter Hell is a thrilling turn-based roguelike. Permadeath is around every corner, but you’re never put off by every draw of your last breath. The gameplay is fun and easy to learn. The visuals are great, and the soundtrack works wonderfully. There are levels to the strategy, and new perks improve every playthrough. However, it’s a fast-paced and thrilling game that never gets old.

Difficulty can be tough

Jupiter Hell is a thrilling turn-based roguelike with stripped back mechanics that make every playthrough more exciting than the last.