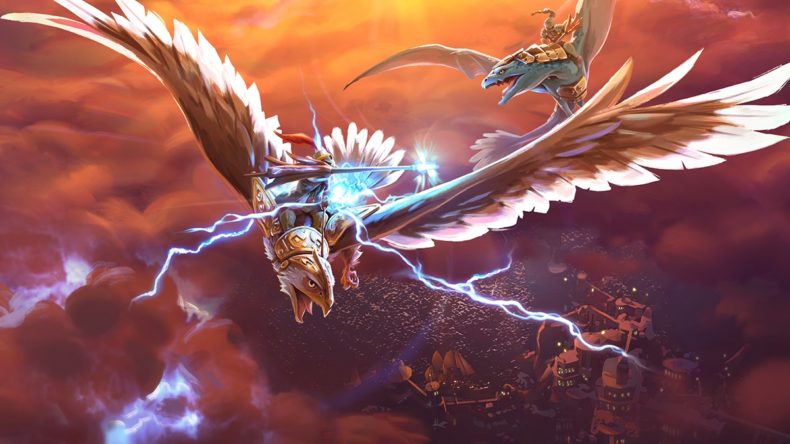 There’s no denying the spectacle of The Falconeer. Even after almost nine months, there’s always something I’ve missed while exploring The Great Ursee. Revisiting Tomas Sala’s open world dog fighter (or, bird fighter?) in The Falconeer: Warrior Edition allowed me to re-tread old footsteps. On PlayStation 5, it looks even better than it did before. Every corner of the ocean, from rock formations to the famous canyon, Sala has made an already great-looking game catch my eye once again.

The Falconeer: Warrior Edition comes with new missions. These flesh out the already deep and emotional story. The characters are wonderfully voiced, with moments that are elevated by some excellent performances. This is a tale of struggle, or fighting for survival against the oppressive. While it feels similar to the Xbox version, new players are going to appreciate an even denser narrative. Through missions, briefings, and conversations across the waves build the arching story, there’s plenty of lore scattered around the world. 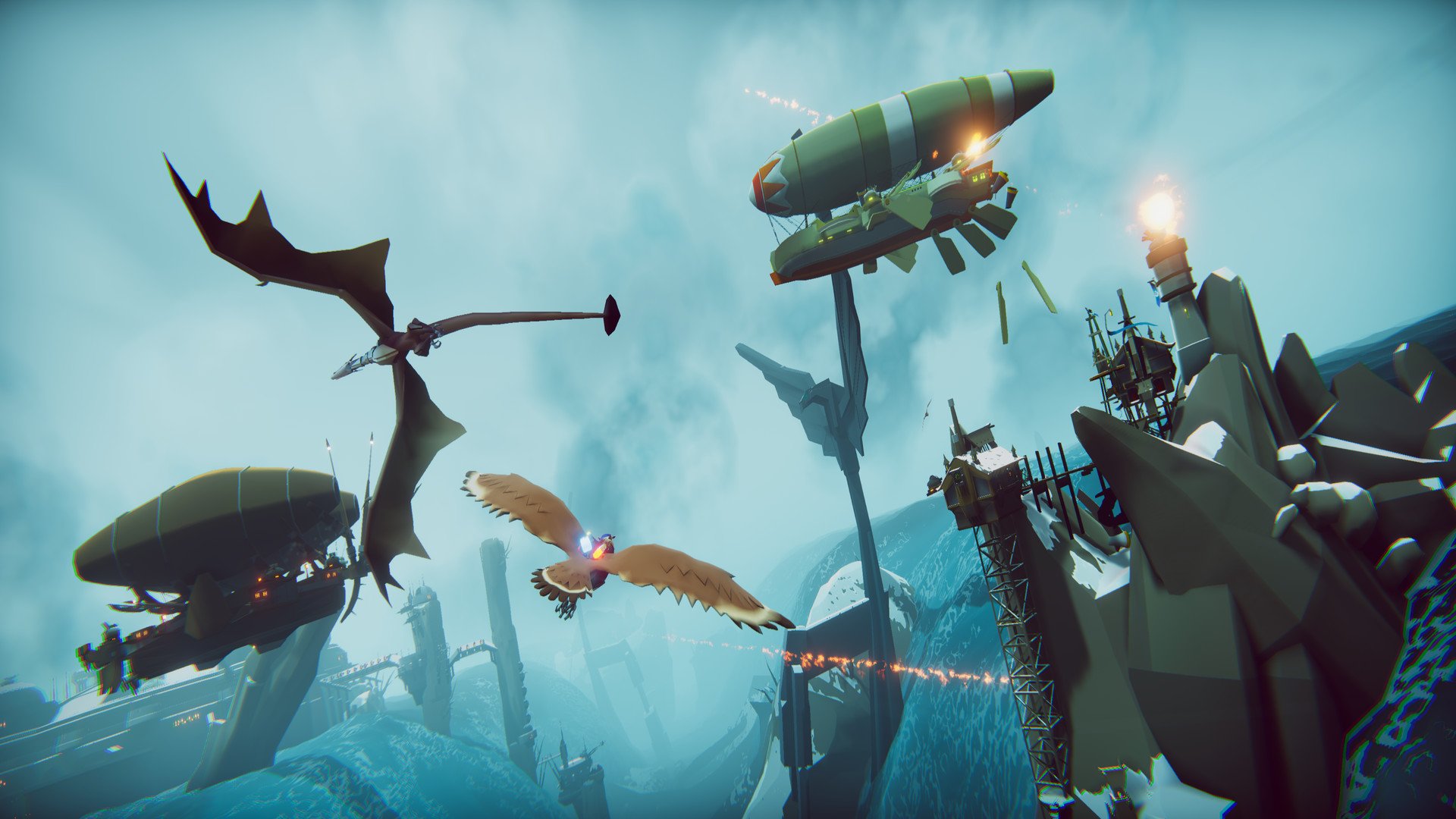 Sala encourages you to fly off the beaten path. Monoliths and caves harbour secrets not found from the story. Myths about creatures hidden under the ocean and more, The Falconeer: Warrior Edition is rich in storytelling. Half the fun comes from soaring through the skies and exploring areas away from the major cities and sites. The adventure is made better by just how spectacular it looks, thanks to the power of the PS5. 4K and 60fps make flying sublime. Not just that, the combat is so much better thanks to the fluidity the technology introduces.

During some of the bigger battles, shooting down rival factions is so satisfying. Movement is smoother, making it easier to focus on one particular enemy and chasing them down until they’re shot down into the depths of the water. What is remarkable is the actual flying elements. Manoeuvring through the air was also satisfying, but the implementation of haptic feedback provides so many different sensations in the controller. From the roll of thunder as you pass through a storm to the firing off the guns, there’re a lot of great uses for it. 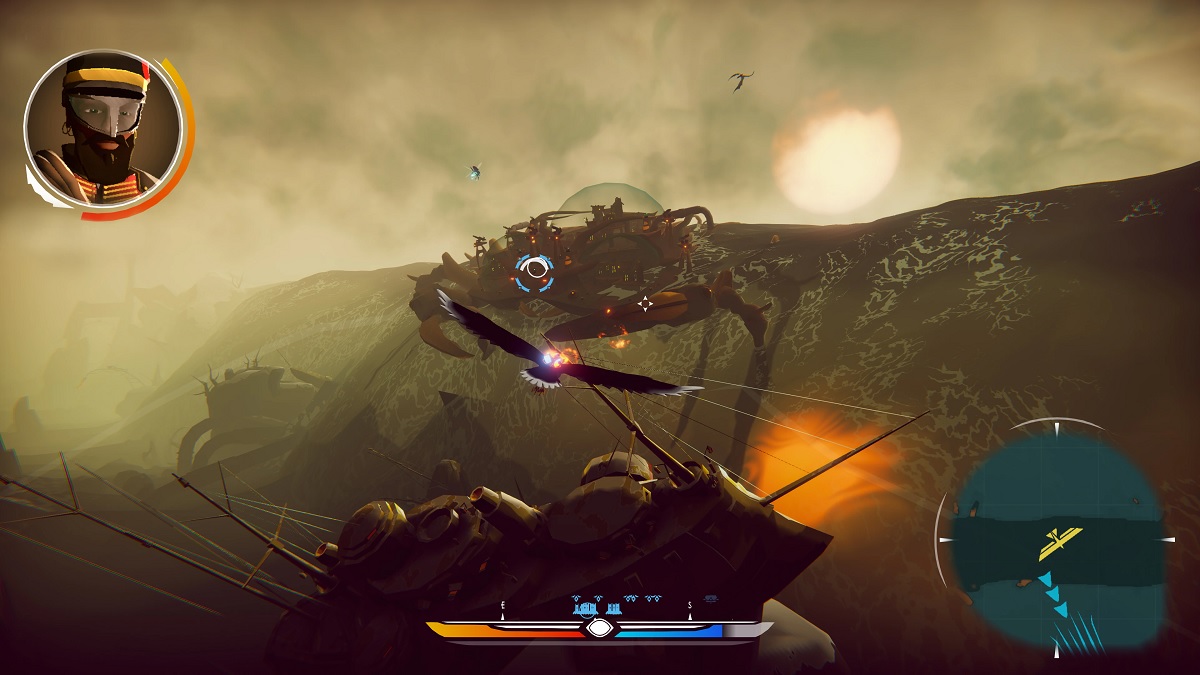 Many of the missions do feel similar, but I was never bored. The thrill of flying is ever present. Even though I was escorting a ship or going somewhere to start a fight, I loved the swiftness in the movement. After all, if you’re making a game with a sole focus on flying, it needs to hold up for the whole duration of the adventure. Thankfully, every single journey I made managed to hold my attention. Even after playing it on two separate consoles, I could happily sit down and test it out on the Switch.

The Falconeer: Warrior Edition is a wonderful game. On PS5, it is gorgeous. The inclusion of haptic feedback and a better framerate enhance the game to a much higher level. Although there is some repetition in the missions, and certain fights can be tricky to win, Ursee is an amazing setting ripe with exploration and wonder.

The Falconeer: Warrior Edition includes everything released so far, with stunning visuals on PS5 and even prettier visuals than before.