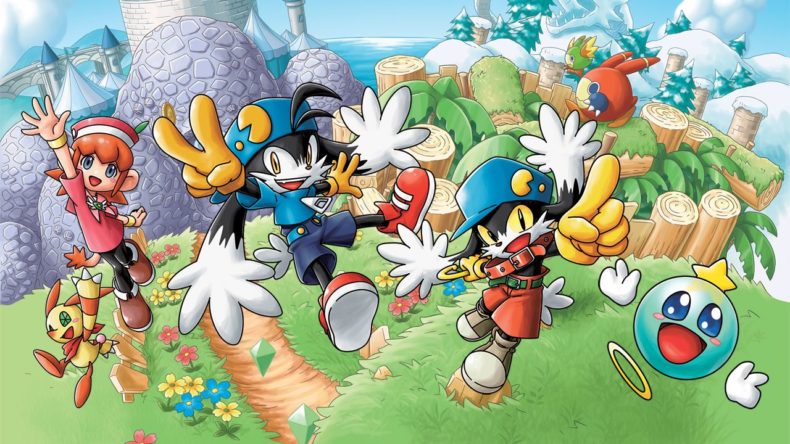 It’s always a bit of a gamble when a publisher decides to remaster an older title. I mean sure it might not cost them as much as getting a developer to make a game from scratch, but sometimes twenty year old games struggle when exposed to the harsh reality of 2022. I was intrigued to see where the Klonoa Phantasy Reverie Series was going to fall on this scale, and I’m always keen to play a platformer.

The Klonoa Phantasy Reverie Series bundles together the two games that follow the adventures of the weird cat-like creature Klonoa. Klonoa: Door to Phantomile was originally released in 1997 on the original PlayStation, and is one of the earliest examples of a 2D platformer using 3D space to add an extra layer of potential hazards and secrets. Its sequel Klonoa 2: Lunatea’s Veil built upon this in 2001 on the more powerful PlayStation 2, and was incredibly well received critically. 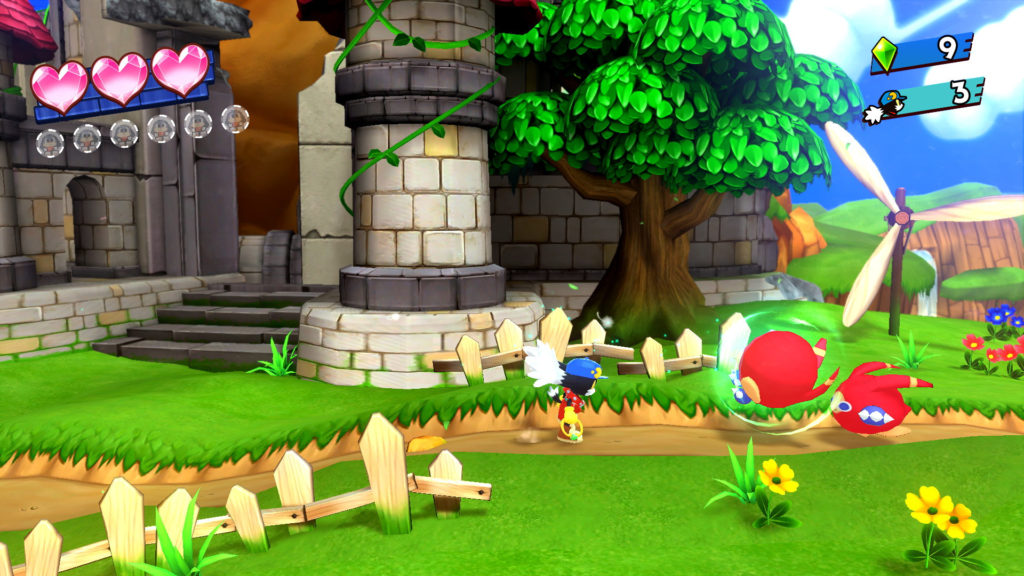 Both games are functionally the same though, and feature our furry anthropomorphic hero going on adventure in magical worlds and talking about things like ring spirits and giant bells that must be rung to obtain the elements of the land. Although a bit full of nonsense words for my liking, the story actually has some incredibly emotional moments (especially in the first game). If you’d rather focus on the platforming though the 5x speed button is ready to be pressed.

The platforming in Klonoa could be most easily compared to that of a Kirby game. Klonoa moves at a pretty slow pace, and can grab enemies with his ring and launch them in any direction. Enemies can be used to wipe out other enemies, open eggs containing collectables or even shot downwards to give you a double jump (which when coupled with his flutter jump allows Klonoa to reach all kinds of heights).

Although having enemies or collectables in the background of a stage might seem pretty mild by 2022 standards, when the original Klonoa launched it was anything but. Boss fights taking place on a circular track and requiring you to throw enemies inwards to hit a weak point just wasn’t possible on earlier hardware, and in an era where 3D collectathons were king this gameplay was a real breath of fresh air. 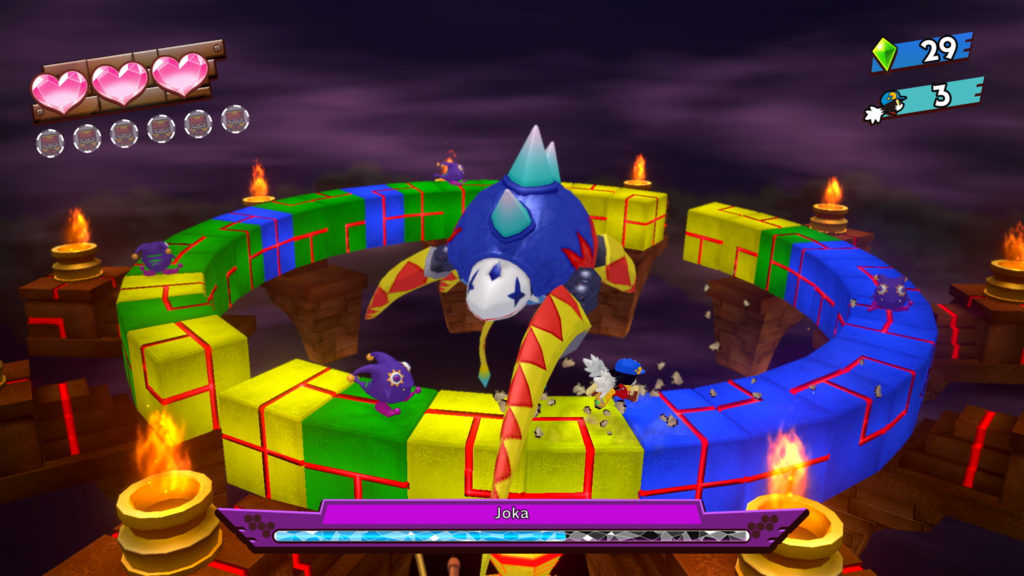 If you like finding shiny shit though don’t worry, there’s plenty of secrets to search for in each stage of Klonoa. As well as gems that function like coins in Mario, there are also six Phatomilians to collect from bubbles hidden around the level. You’ll need to look down every path and use all your platforming prowess to find them, especially in some of the more maze-like levels.

By modern standards the first Klonoa game feels a little bit basic, but the sequel really holds up. Whereas each stage of Door to Phantomile felt functionally the same, Lunatea’s Veil constantly throws new elements at you. There are enemies that give you different powers when you launch them (like a rocket that launches you skywards or a weird cat that makes you fly) and new mechanics in each world. Whether you’re in a hectic chase with a killer robot in a fire world or bouncing around in a carnival of full, Klonoa 2 is always keeping you on your toes.

Among all these engaging levels are the cream of the crop – the hoverboard levels. These stages switch from 2D to 3D, and see you auto-scrolling in a high octane chase on your rad board. They almost feel like an evolution of Donkey Kong’s mine cart levels, and are just as enjoyable as those classics. 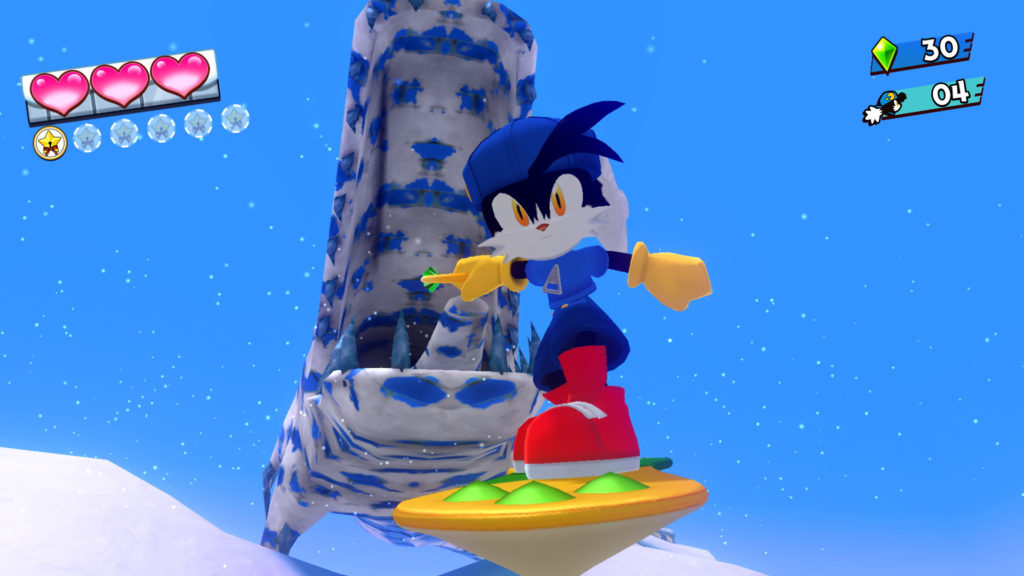 In terms of what’s changed in the 21+ years it took for Klonoa to make a comeback, the answer is not a whole lot. The Klonoa Phantasy Reverie Series is very faithful to the source material, with only a fresh coat of colourful paint separating it from the original games. The graphical improvements are significant though, and the vibrant world of Klonoa never looked so good.

Ultimately it’s hard to say whether you’ll be enthralled by the Klonoa Phantasy Reverie Series. Both of the games included are enjoyable, but in a world where dazzling and unique indie 2D platformers are released constantly it’s hard to say where this weird walking cat fits in. That said if you’ve got nostalgic memories of Klonoa and his Pac-Man hat, you’ll probably have a lovely trip down memory lane.

The Klonoa Phantasy Reverie Series is a love letter to fans of the series, but by modern standards the games fall a little short.