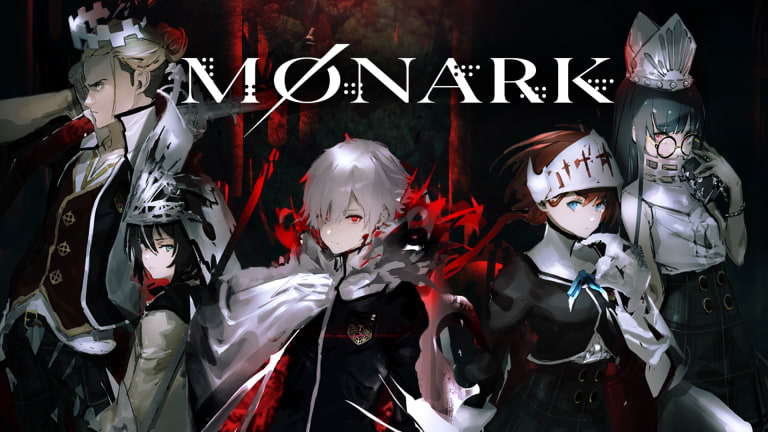 When Monark was first announced by NIS, I knew it was a game I’d have to play. Created by a team that includes talent best known for their time with the Shin Megami Tensei series, FuRyu were setting out to create another JRPG with a high school setting – but with a twist. In early trailers it became apparent that Monark would skew a little in the direction of horror, with a darker tone than the often more lighthearted Persona games. Monark is definitely a very interesting game, but certainly not one that every JRPG fan will appreciate.

After waking up in one of the corridors of Shin Mikado Academy, our protagonist realises he has no memory. This isn’t ideal because it turns out that the school has undergone a pretty radical change recently. It’s become overrun by mist that slowly drives anyone who inhabits it insane. With the help of his younger sister (who he doesn’t recognise) and former student council president and general good egg Nozomi, you’re rushed to one of the safer floors and brought up to speed. 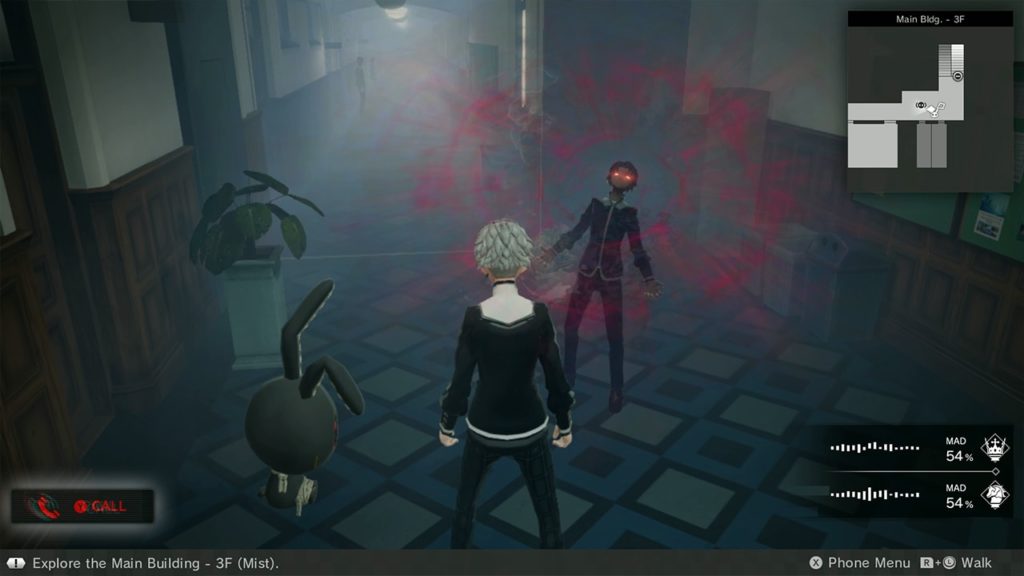 With no way to escape the horrific campus grounds and panic spreading among the students, you and your sister end up flung into a sinister dimension known as the Otherworld, and have a chance encounter with Vanitas. This half creepy half adorable bunny is actually a powerful Daemon, and grants you the power to fight the nasties that probably have something to do with what’s happening in the school.

From this point on you’ll have to get your head around a whole host of JRPG nonsense words. The power that Vanitas has given you has made you a Pactbearer. It turns out Pactbearers are pretty much what’s making the academy a scary misty place, and there are seven others that correspond with the seven deadly sins. Your powers are fueled by your ego (which is made up of these sins) and given to you by a Monark. It’s confusing and ensures that the first few hours of the game are less exciting than they should be. The short version though, is that seven other people on campus have these powers, and you need to go batter them and their monster buddies.

Each Pactbearer has three ideals you need to break to stop their corruption, and you’ll only find them in the mist. This means venturing into dangerous territory and risking mental anguish, so you’d better keep your eye on the madness gauge. In the mist you’ll find plenty of other students suffering. Some might be writhing on the floor, others bashing their head against a wall. It’s a pretty harrowing place to be, and madness isn’t the only threat. 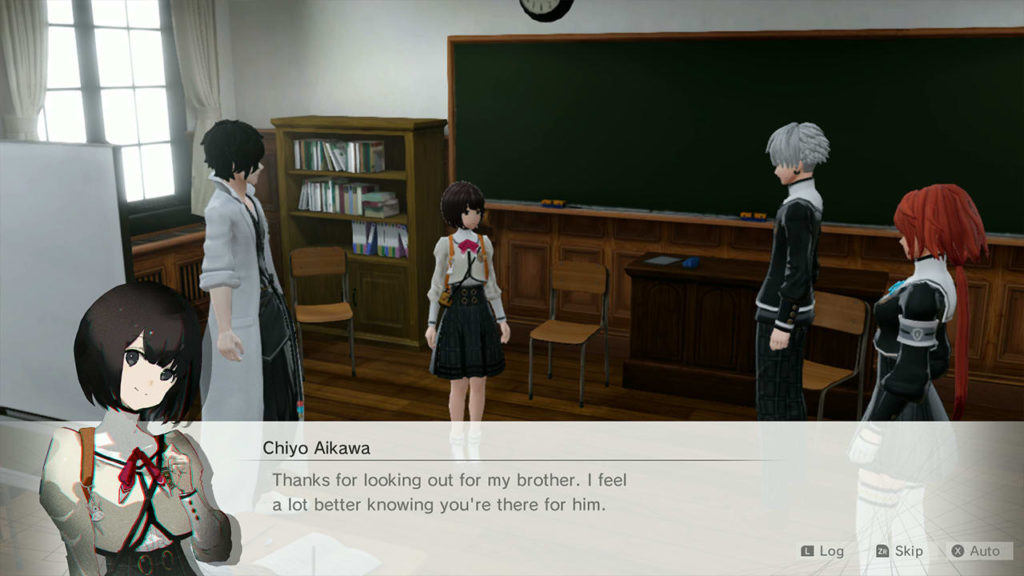 There’s a big focus on smartphones in Monark. Your phone acts as your menu, and also connects to the Otherworld by calling specific numbers. This is where the threat comes in, because each new area of mist will trigger a Death Call to your phone. If answered these calls will triggers a really tough fight, but if not, all the other students and teachers in the mist will go completely mad and attempt to murder you. There’s a way around this that involves calling another number and breaking a magical demon crystal (naturally) but if you forget you’ll be in for a rude and terrifying awakening.

Combat in Monark is interesting, and functionally works like a turn-based tactics game. Each character can move a set distance then use an ability on their turn, all with different ranges and effects. You’ll need to choose your moves carefully, because each special attack either costs you some HP or raises your madness percentage (which, when full, causes you to beat up your friends). After attacking, nearby allies will join in with assist attacks and enemies will counter if in range. It takes some real thought to survive a battle, because Monark doesn’t pull any punches on the difficulty.

There are a few interesting twists you’ll need to take advantage of to take down the enemies in combat. Alongside standard status effects and arena hazards to look out for, you also have the ability to pass your turn to another ally if they are more suited or closer to the baddies. Your main character has an unusual special ability that it took me hours to realise the power of. He can essentially share his buffs with nearby allies, so the strategy in the late game quickly became one of ridiculous status boosts. Unless you have a plan like this for battle, you simply won’t survive against the powerful Pactbearers and their Monarks. 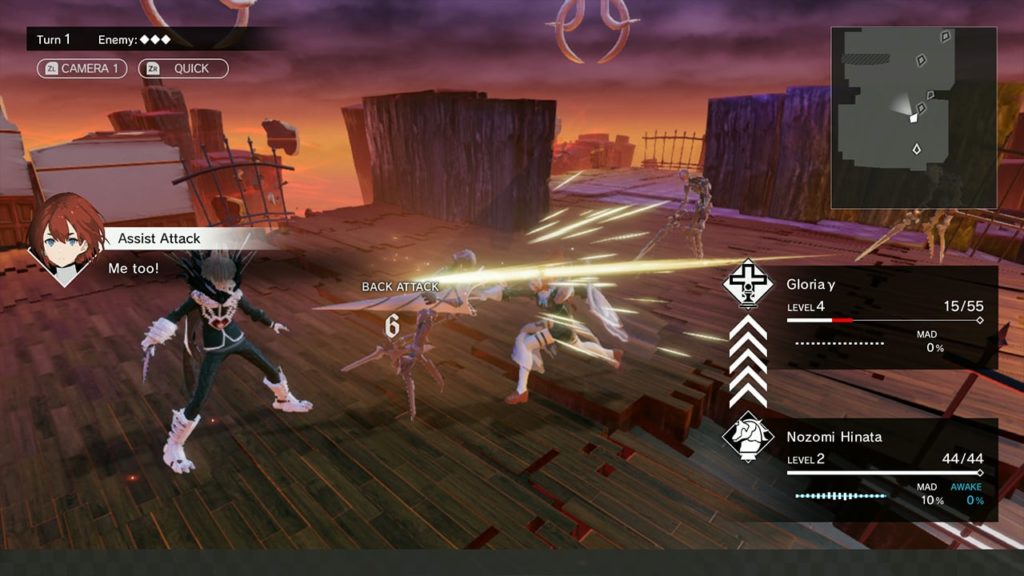 The Pactbearers themselves are some of the best characters in Monark, as although they represent a sin you can usually see their point of view on the situation. The first you meet is the Pactbearer of Pride, who believes that the only way to survive the mist is if everyone follows his superior instructions. With the power of his Monark he brainwashes and controls all your classmates, and although incredibly arrogant, he really does think he’s helping. Other Pactbearers are even more interesting, and really highlight the sin that they have power over.

The theme of sins and ego run through the entirety of Monark, and even represents your strength in battle. To raise your stats in the specific sins, various characters will give you psychology quizzes to complete. These are a ton of fun, with questions ranging from “What would you do if your boss was shouting at you in front of your colleagues?” to “Which of these cakes would you buy from the bakery?”. I may not have always understood why my answer made me more arrogant, but I enjoyed thinking about the questions.

It wouldn’t feel right to discuss Monark in such detail without mentioning the soundtrack and voice acting. Both significantly surpassed my expectations, with more than competent English voice acting and a really varied soundtrack. Most of the music is very subtle and sinister and really adds to the atmosphere, but when you get into combat it really slaps. The combination of heavy metal and violins is just top notch, and every track with vocals is a banger. 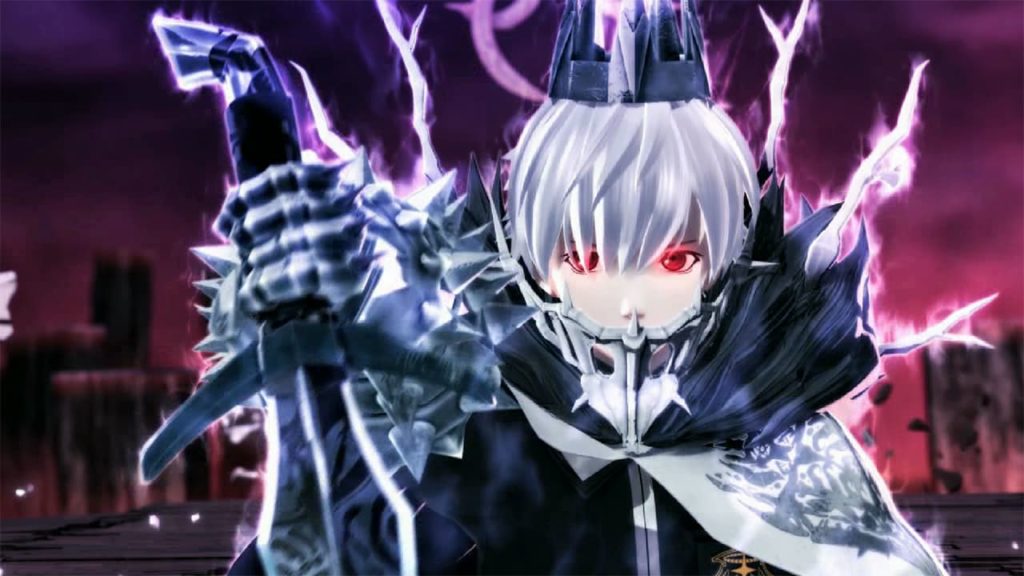 There’s a lot to love in Monark, but it isn’t without it’s issues. There are puzzles to solve in the mist that block your progress, and so many of them are needlessly complex. Wandering around the mist collecting notes to try and find out a computer login just isn’t fun, especially with how confusing the hints often are. Other than that, the difficulty in combat is sometimes just too much, and if you’re not one for lengthy narrative you might not be too happy.

It’s worth mentioning how Monark performs on Switch. For the most part I was pretty impressed with the performance. The visuals aren’t bad at all, and the framerate is generally consistent if a little on the low end. As you progress further into the game though, the framerate really starts to tank. Your main base starts to fill up with allies as you dive deeper into the story, and whenever I was in there in the second half of the game I felt a headache looming. It’s a real shame, because the portability really works for a lengthy narrative heavy game like this.

Monark is unlike any JRPG I’ve ever played, with a fantastic horror tinted theme, interesting combat and a story I genuinely wanted to see through to the end. The combination of engaging tactical combat and banging soundtrack also simply didn’t ever get old for me. If you can cope with the obtuse puzzles and Switch performance it’s well worth experiencing this uniquely curious adventure.

Monark's creepy setting, tactical combat and banging soundtrack is well worth experiencing, but prepare for some obtuse puzzles.