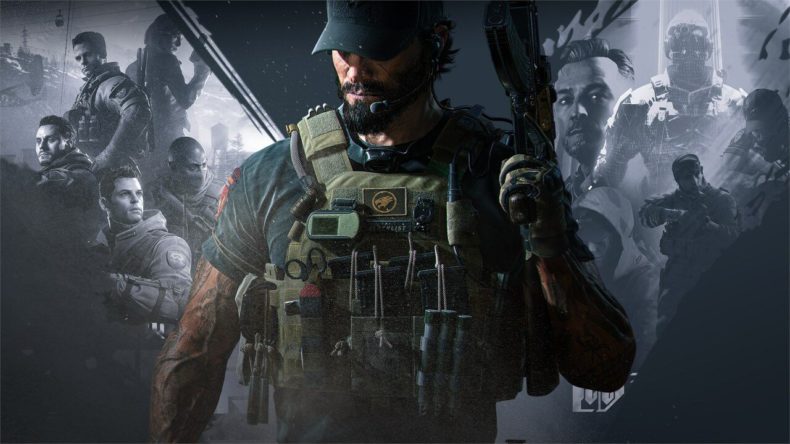 A lot of noise has been made about how CrossfireX is one of the most played games in the world. After all, 670m registered users is impressive, even for a free-to-play title. And with Smilegate at the helm, I expected big things just based on Lost Ark.

Unfortunately, CrossfireX is nothing but a poor man’s Battlefield. A very, very poor man. What’s perhaps even stranger is that there are two single player campaigns available for this version – and they were developed by Remedy Entertainment. Given Remedy’s catalog, you’d be forgiven for expecting something special. 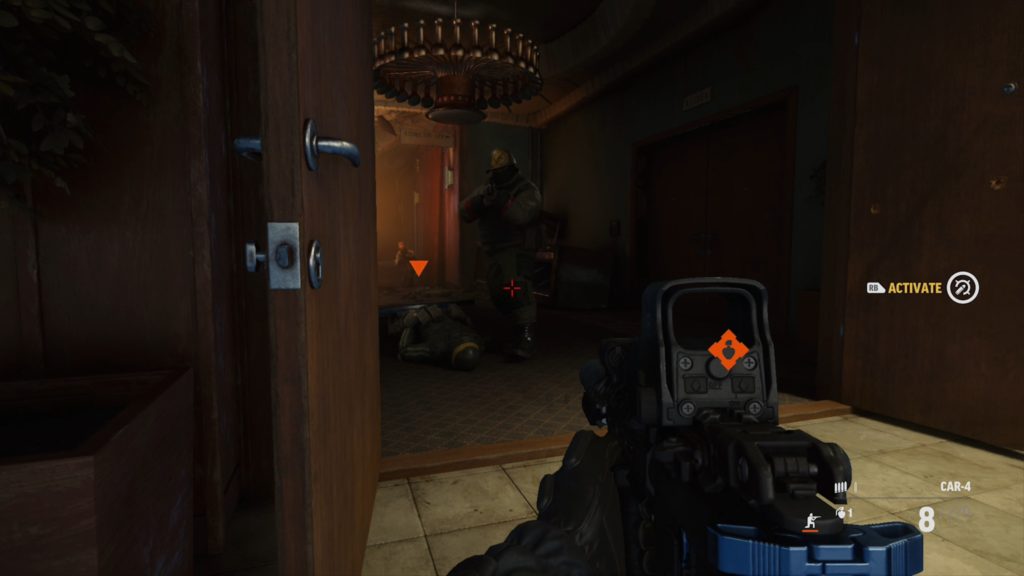 Problems began right away, when I jumped into the multiplayer. This is CrossfireX’s bread and butter mode, with multiple objective modes and a choice between Modern and Classic control schemes. What this actually boils down to is that Classic removes the ADS and sprint, while Modern is, well, normal.

With only one map per mode, and all the modes themselves following a very standard set of templates, the multiplayer element just feels kind of lacklustre. It’s also maddeningly frustrating to play, as there’s no respawn. When you die you stay dead, and must watch the rest of the match or round.

Sadly none of the modes do anything new or interesting. There’s the usual Search and Destroy, zone control, etc. Spectre is probably the best mode, which gives one side knives and smoke bombs and the other guns and grenades. But this is stuff we’ve seen so any times before, and the idea that this is one of the most played multiplayer FPS games in the world is mind-boggling. 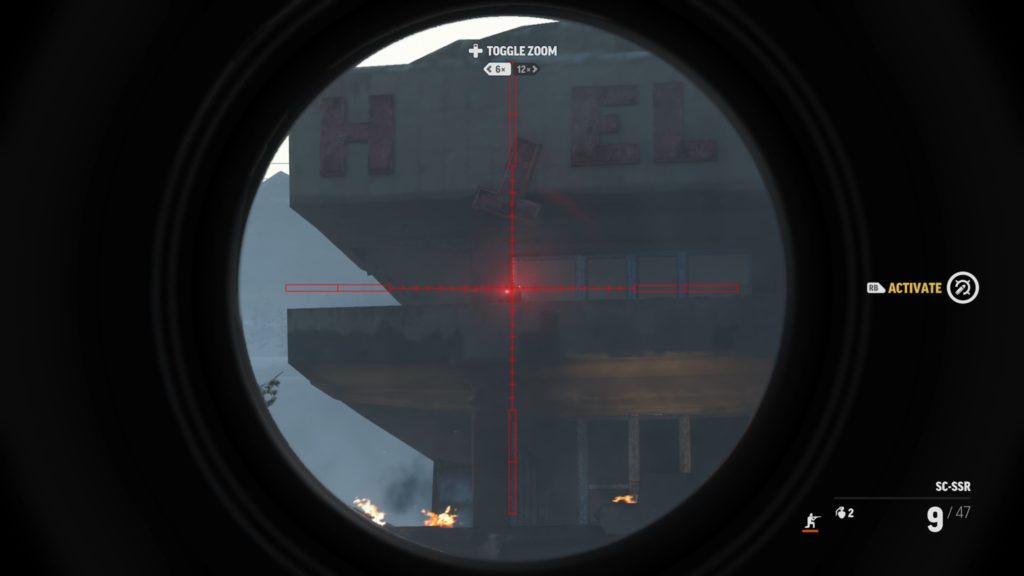 The campaigns only fair marginally better. There are two: Operation Catalyst and Operation Spectre. The first focuses on Global Risk, the “good guys” of CrossfireX. The story begins in media res, with the PMC sending a small unit into Generistan to capture an arms dealer. Soon they’re fighting for their lives, against braindead enemy soldiers and heavily signposted betrayals. The fact that Remedy are involved is the weirdest part. It’s all so… samey. I can imagine a wall somewhere covered in post-it notes with FPS tropes scrawled on them. And Remedy are just throwing darts at it and including whatever they hit.

Remedy’s involvement does add an element of sci-fi, though. There’s some interesting tech at work on either side of the conflict. The first sees Global Risk searching for the Catalyst, a kind of magic 8-ball for warfare. The second sees stock bad guys The Blacklist attempting to develop dehumanised super soldiers. Both are okay, but that’s as high as I can set the praise.

The issues come not necessarily from the plots or even the characters. In fact the cast of both stories are pretty decent. They’re incredibly generic and painfully dull, but they don’t do anything wrong. Global Risk’s sniper, Randall, sounds like Idris Elba, while The Blacklist’s Cora is at least an interesting character with conviction. 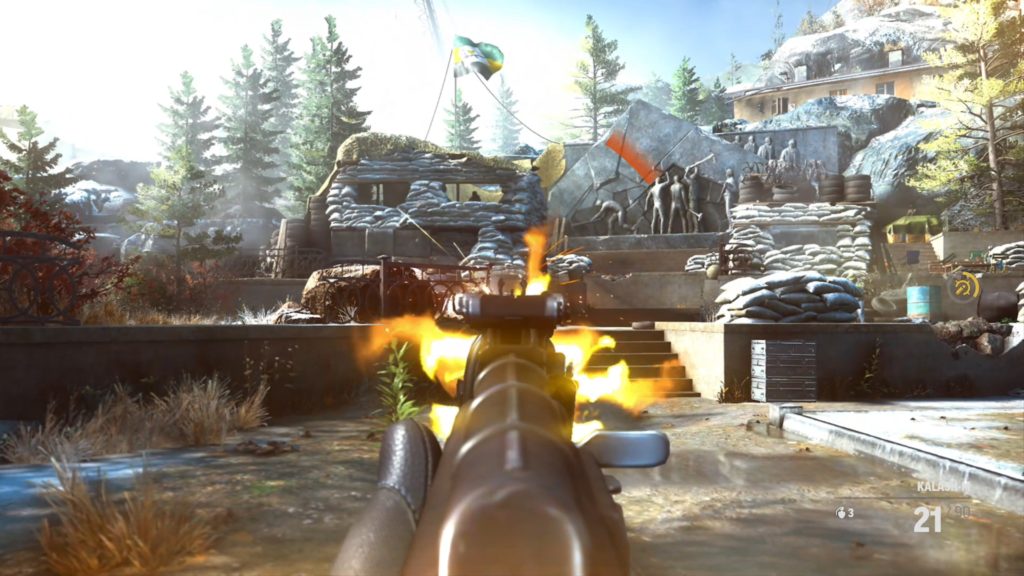 But the gameplay is sorely lacking. Enemies are dumb, and will endlessly spawn until you push forward. They run at you, stand still on grenades, and occasionally you’ll find one standing behind you shooting you and missing from three feet away. All the cool stuff happens in cutscenes, and the rest of the time you just shoot, move, repeat. You’ve about as much agency in what happens to you as a bobblehead on a tumble dryer.

There’s also an unexplained bullet time mechanic that trivialises most encounters because it recharges fast and lasts for ages. There’s no reason your squad of identi-heroes can alter physical reality – but then there was no reason Max Payne could do it either and Remedy gotta Remedy, I guess. At the very least it adds to the sub-par Metal Gear Solid atmosphere CrossfireX appears to be shooting for.

It’s an incredibly grey game, too. It has a lifeless quality not seen regularly since the mid-noughties, where drab soldiers are almost invisible against dull concrete backdrops. And the sound design is broken. Even outside, enemy soldiers shout with echoing voices like they’re sitting in little tin boxes. 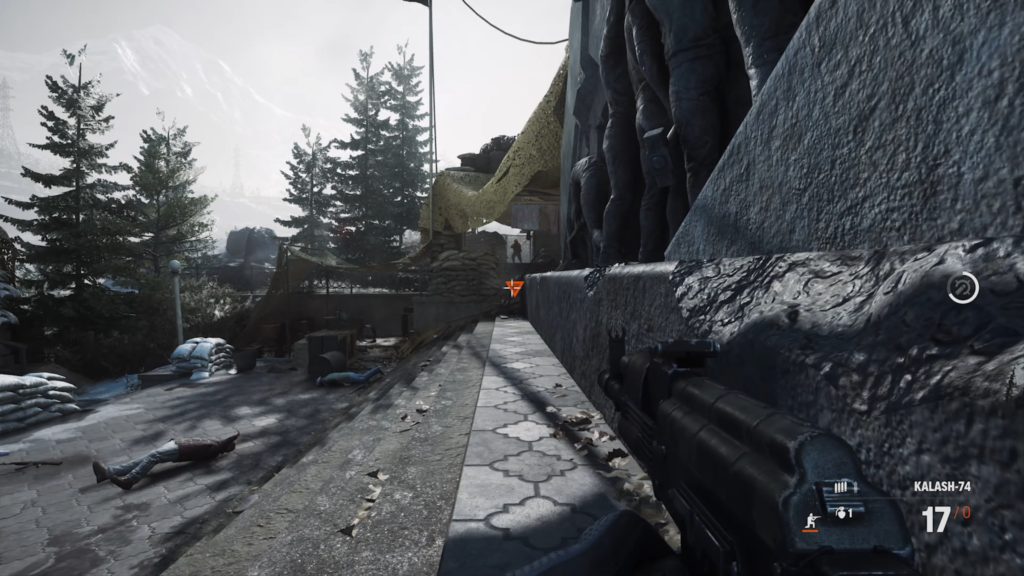 CrossfireX is a below-average game, all things considered. It feels about ten years late to the party, despite Remedy’s best efforts to make the campaign offerings in any way engaging. I was waiting for a flash of brilliance, even a brief moment of excitement to burst through the murky fog of mediocrity, but it never came. Perhaps the best thing about the campaigns is that they’re both mercifully short.

This game landing in the public eye at this moment, this year, is bonkers. Releasing CrossfireX onto Game Pass may ensure it gets some attention, but even then Xbox’s platform has so many better alternatives. In the nicest possible way, I’d advise you to go play one of those instead.

Decent ideas in the campaigns
Some likeable characters

CrossfireX has some interesting ideas in Remedy's dual campaigns, but everything else feels dated and generic.