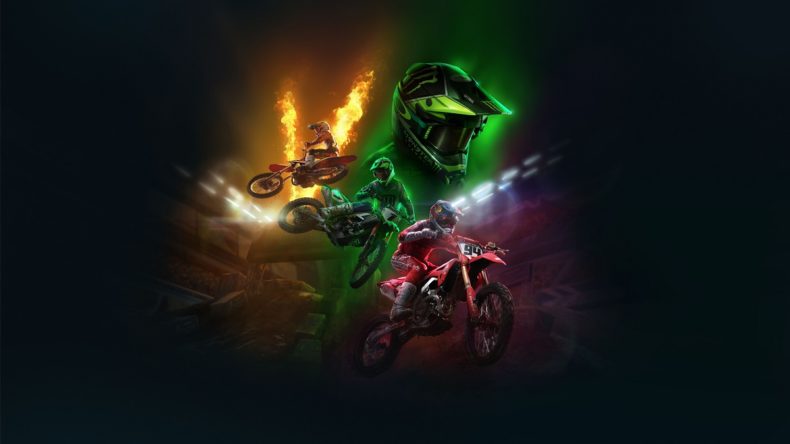 The latest Monster Energy Supercross title is a mixed bag. When it comes to new content, very little has changed from last year. However, the gameplay feels much smoother this time around. It all depends if you’re wanting a refined version of 2021’s outing, or a substantial variation of what has come before. New players are going to struggle, although thanks to a detailed tutorial as opposed to the one race you were given last year to learn everything, the nuances of supercross are more apparent now.

Monster Energy Supercross 5: A not so simple sim

When everything is stripped back and you focus on the racing elements of Monster Energy Supercross 5, there’s a lot to love. It’s a simulation to the core, taking in everything from a rider’s weight to landing correctly after a jump. While the typical accelerate, break, and turn of many racers is important, there is more to do when riding that can impact everything you do. If you push forward on after a bump, you’ll likely land head-first in the mud. Pulling back and maintaining balance when riding over the muddy hills will keep you stabilised. 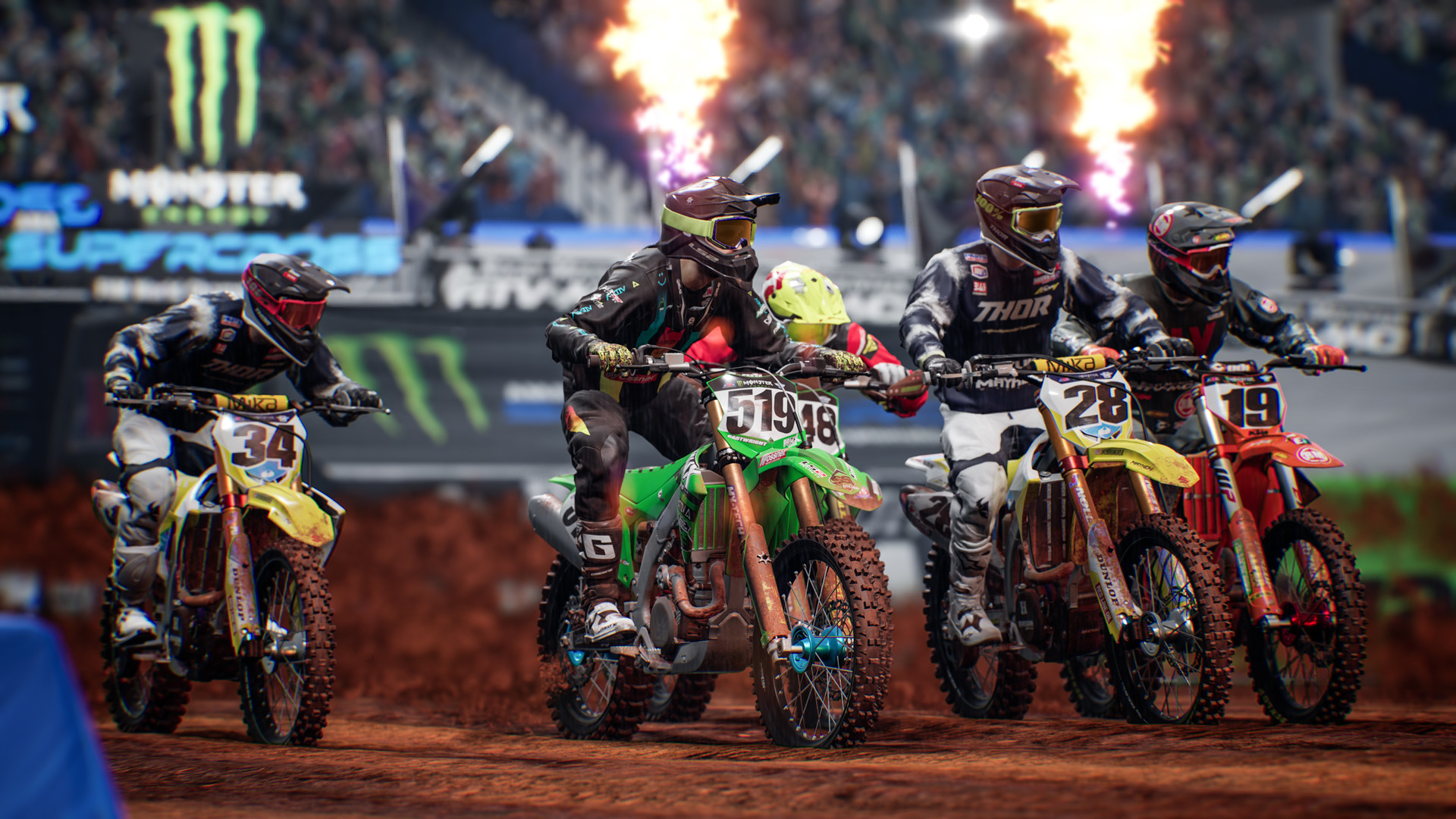 It’ll be frustrating for many, as putting too much pressure on either analogue stick will see you veer off into the barricades. If you turn too quickly, you’ll skid off the track and find it harder to keep in line with the other racers. Once you’ve gotten used to landing and knowing where to distribute your weight around the track, Monster Energy Supercross 5 becomes more than satisfying. Milestone is known for getting the intricacies of driving spot-on, but that often means a lack of arcade racing. Some might be turned off by this, but it’s worth sticking with if you’re up for the challenge.

The Career is as bare bones as they come, but it’s what you’ll most likely be playing more of than free roaming the compound or building a track in the editor suite. There’s no tale of redemption or facing adversity. No big success story or career-threatening race. What it does offer you is a multitude of races across different difficulties and a chance to build your legacy by winning races. You can sign sponsorship deals, spend skill points to improve your performance, and customise your character, albeit with limited options. The more you race, the higher the risk of injury.

Keeping your Rider Shape intact by completing Workouts reduces that risk, and also reduces the severity of the injury. These Workouts take place in the Compound. Here, you can complete challenges like the Tony Hawk-inspired S-K-A-T-E one (except it’s SHAPE here) to maintain your shape. It’s a nice break from competing in the various tracks (which all feel too samey). Saying that, it’s about the only time you feel as though you’re doing something different. 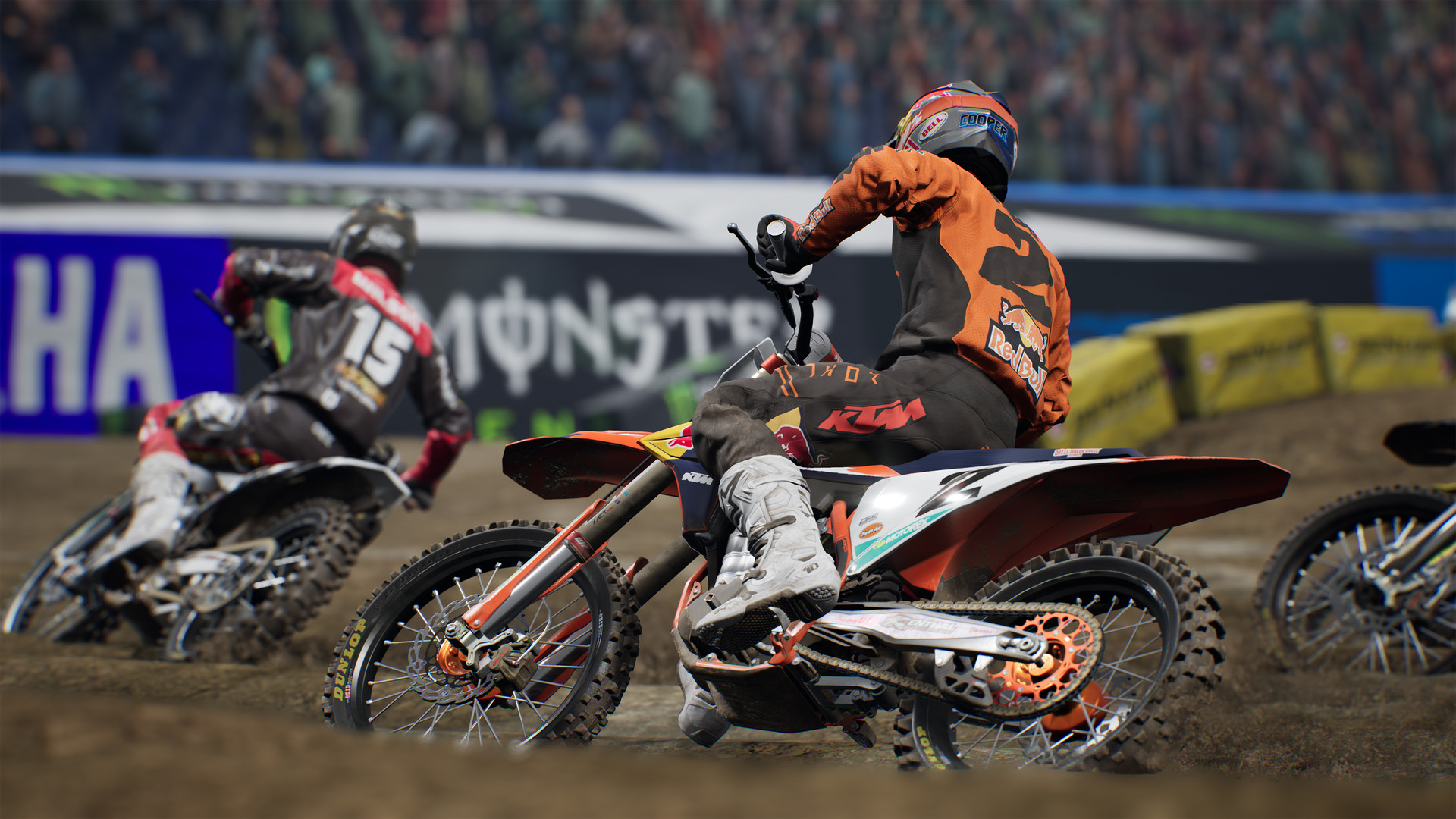 It all depends on how much you enjoy the gameplay. If you’re into how it feels to whip and scrub during a race, there’re plenty of opportunities to refine your racing. If you want more than last year, I doubt you’re going to get it. Monster Energy Supercross 5 does suffer from repetition. There’re also some annoying aspects such as unclear track markings and landing on other drivers feeling unrealistic. They’re not massive issues, but they can be distracting and a bit annoying.

Monster Energy Supercross 5 looks pretty good on PS5, but it doesn’t feel like much of a step up from last year. The haptic feedback is pretty decent, though. The series is definitely heading in the right direction. Unfortunately, it needs more of an upgrade in terms of overall quality. When you have the likes of Gran Turismo 7 and Forza Horizon 5 on the market, it’s clear Milestone has a long way to go in giving players the ultimate supercross experience.

Monster Energy Supercross 5 feels like more of the same, but the racing elements are strong despite not being welcoming to new players.