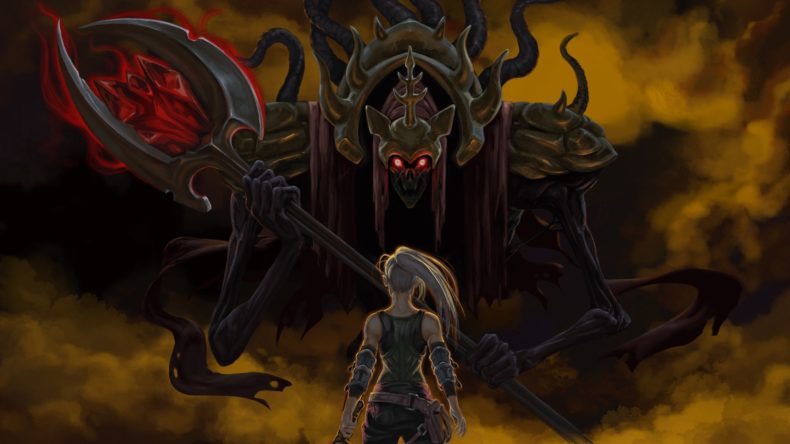 Morbid: The Seven Acolytes us set in the world of Mornia, where a horrific plague has given rise to mutated beasts that must be slaughtered to stem the spread of corruption, itself perpetuated by demonic beings called Acolytes. You play the last Shriver, to whit a powerful warrior trained to fight the evil. If this all sounds a bit like Bloodborne, that’s because Morbid takes its inspiration directly from the Souls-like genre.

There are elements of From Software’s style here, as well as a more-than-passing resemblance to Ska Studios Salt & Sanctuary, but the isometric perspective and reliance on body-horror imagery (one boss attacks you with a foetus on an umbilical cord) lend it a certain amount of credibility. It’s very much its own game, for better and for worse.

Thankfully, it does an awful lot right. First of all: it looks great. I won’t say “lovely” despite its use of colour and lighting to enhance its pixel-art aesthetic, because it’s a far cry from “lovely”. In fact a lot of it is pretty gross, from bloated bodies that pop and ooze viscera when you approach them to the aforementioned Acolytes who really are the stuff of feverish nightmare. 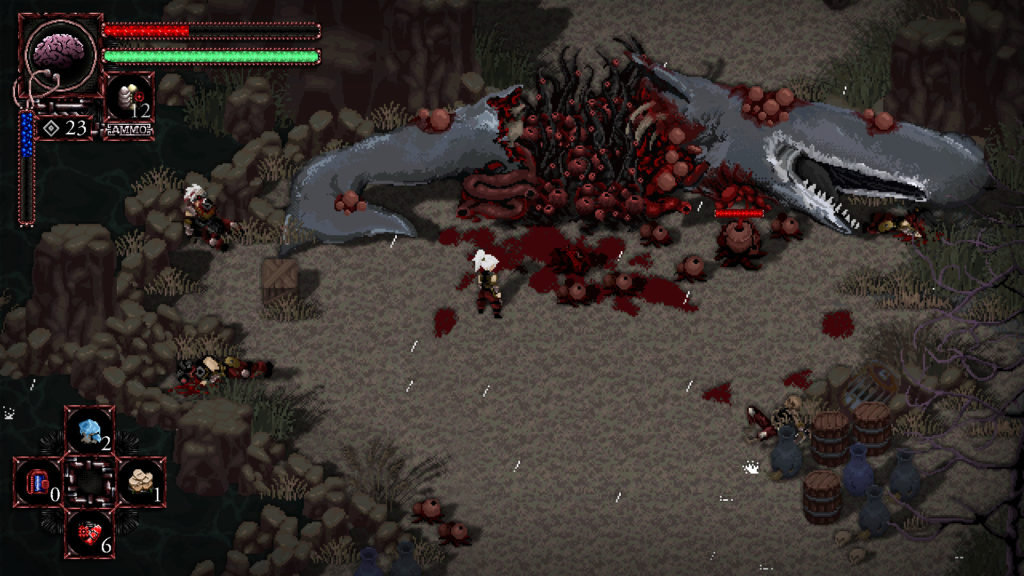 Your character is a tough cookie though. As a Shriver she’s well-trained and able to dish out some serious damage regardless of your choice of weapon. But she is only human, and so it won’t take many hits to kill you. As this is a Souls-like, healing items are limited, enemies respawn on death, and you’ll need to find specific areas in order to improve your character and rest. These Shrines also allow you to upgrade your gear.

Quite surprisingly you don’t level up during Morbid: The Seven Acolytes, but rather accrue XP to spend on “Blessings”, which are buffs you can swap in and out at Shrines. There’s a limited amount of build diversity available, but most people will focus on straightforward bonuses like survivability and damage output.

Something not so surprising is that combat is stamina-based. While this is pretty par for the course, it makes Morbid incredibly taxing at times – especially if you’re using a heavy, slow weapon. I found it wasn’t always easy to dodge an incoming attack if I was already mid-swing, and a few good hits are all it takes to put you down. However, combat feels good, and each blow you land has a satisfying thwack to it. 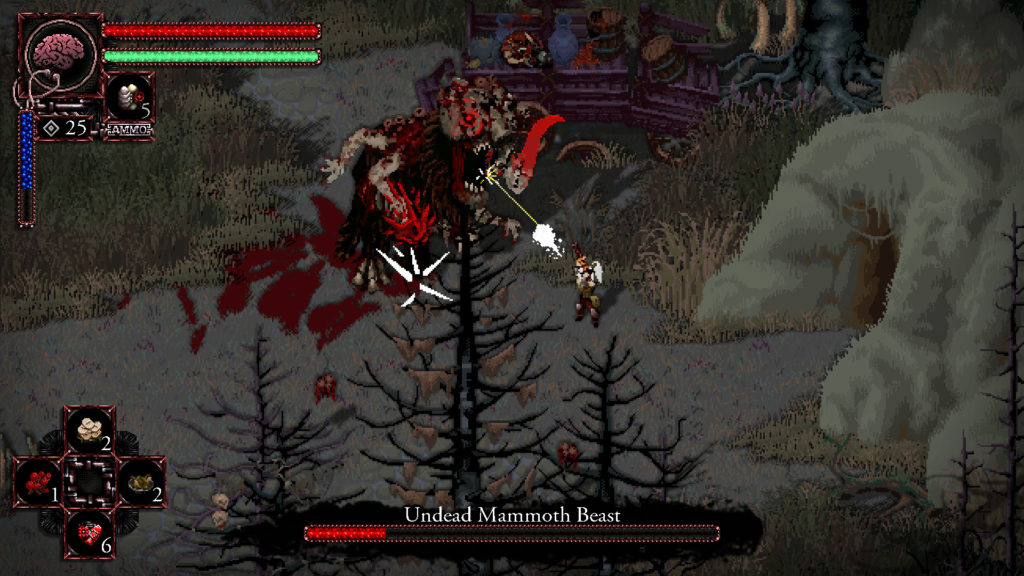 There’s not really much diversity in your arsenal, though. A variety of melee weapons give you some options, and you can upgrade them with relics found throughout the world, but there’s no magic option and no armour to find and equip, which limits the build variety.

In some areas it almost feels like Morbid is half a game. It plays well, and it feels polished, but there are elements that are so commonplace in games like this that they feel like glaring omissions. For example, although there’s loot to find and swap and consumables to stack, I didn’t find a single shop or vendor, and so I was constantly forced to drop things in order to pick up more.

Morbid: The Seven Acolytes is an enjoyable adventure if you’re after a steep challenge, but the lack of certain features limits the amount of options you have. I don’t want to mark a game down for things it is not, but a little more depth would go a long way here. It looks nice enough, the world is interesting and morbidly enticing, but more could have been done to flesh out the world and diversify your options as a player.

Character progression is limited
Not a great deal of depth

Morbid: The Seven Acolytes is an enjoyable adventure if you’re after a steep challenge, but the lack of certain elements limits the amount of options you have.