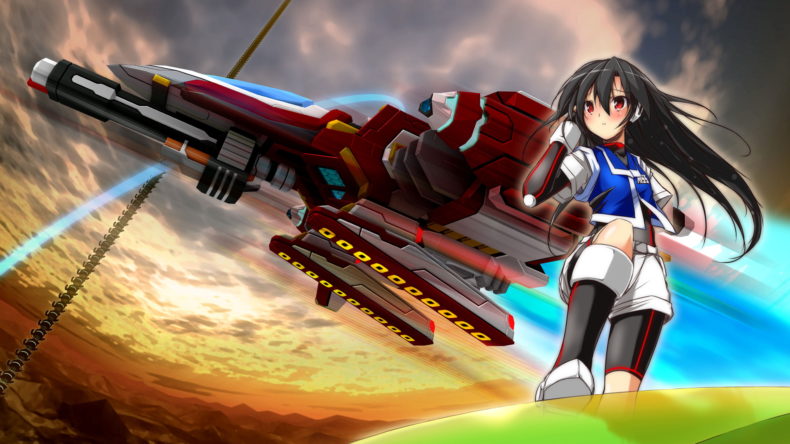 They may not be spoken about in such reverential tones as other famed shoot ‘em up developers like Toaplan, Cave and Treasure, but Qute Corporation have had a low-key hand in the genre for the thick end of two decades now, dating back to their staggering Wonderswan debut, Judgement Silversword. Far from prolific, Qute have released only a handful of titles since, such as 2013’s excellent vertical effort Ginga Force, and its hori sequel Natsuki Chronicles, which we have finally gotten our hands on in PS4 form, thanks to the ever-wonderful Rising Star Games.

Like its predecessor, the sophomore adventure set in the Ginga universe offers a deep, dense anime storyline underpinning the action. Five minutes spent in its clutches was enough for me to ascertain that there is a lot at stake for titular protagonist Natskuki, as the fighter ace battles with her inner moral conflict surrounding a profession that involves death and destruction. There is a hell of a lot of Japanese only speech in story mode, which constantly chatters away in a dialogue box, but it is far from intrusive and adds a frenetic edge to the atmosphere and thumping soundtrack. 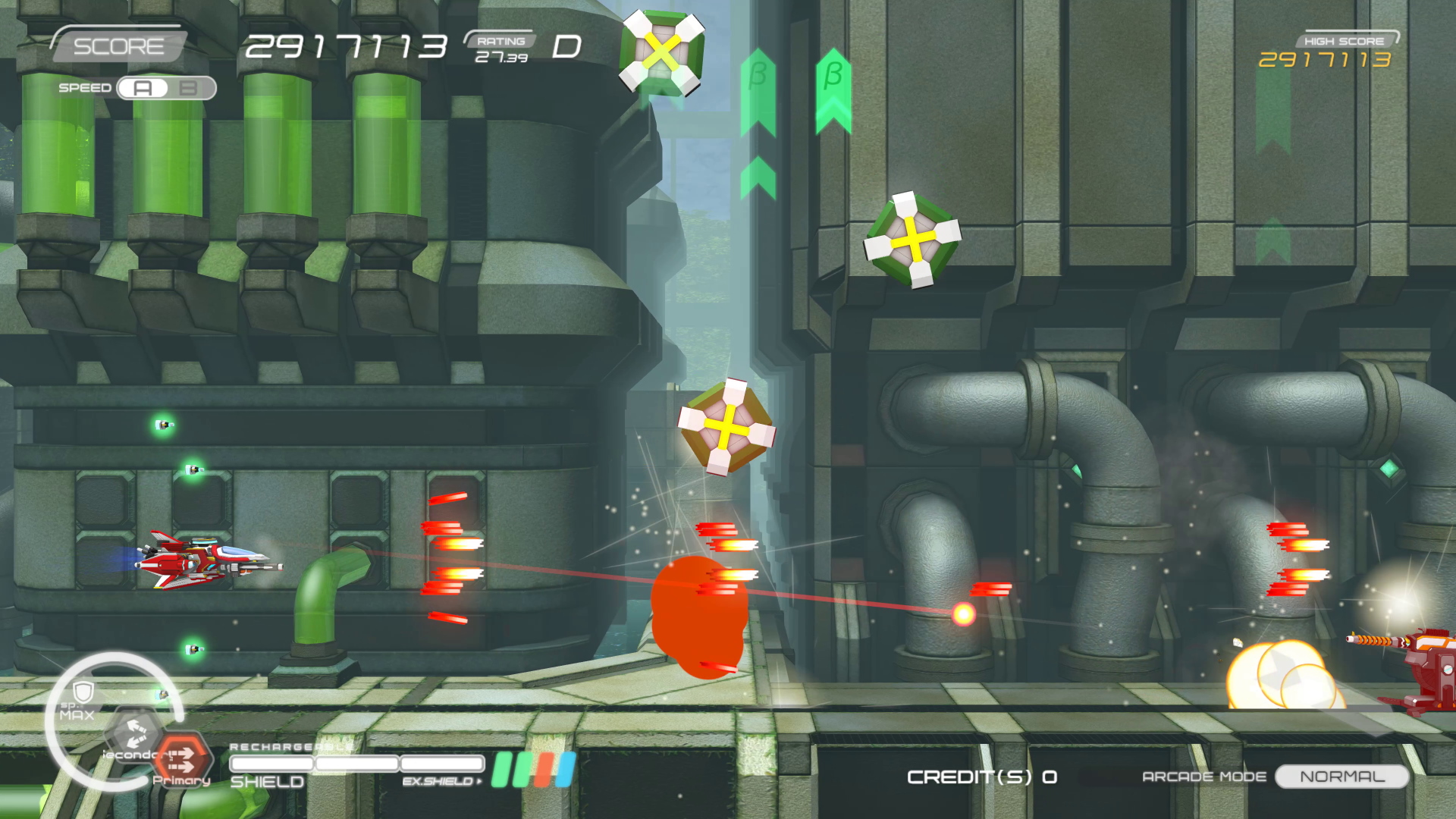 From the first play, this is an accessible and immensely enjoyable affair. There are two main ways to dive in. Traditional arcade mode presents the increasingly more difficult sorties in the same way you would experience them in a coin-op, with downed enemies providing the power ups and an emphasis on scores and achieving the highest rank possible. There is plenty of variation in the level design and arsenal, and the core fundamental mechanics of the game are sound. There are two forms of attack as standard, with a huge assortment of spread shots, lasers, wave guns, multi-directional missiles, shield formations and special abilities to discover. Hit boxes are fair, difficulty is well balanced and such that novices could and should ease into a decent rhythm early doors, and the “Bullet Trajectory Display” system, which can be turned off should you wish, is a super inclusion – telegraphing incoming ordnance with cool arcs of ray-tracing effects.

Whether you care a jot about the storyline itself, Story mode is undoubtedly the best thing on offer here, and one of the best experiences you will find in the genre. You still get to play the same stages and take on the same enemies as the Arcade mode, however you begin with only a basic weapon, and the enemies no longer drop upgrades along the way. Instead, each mission allows you to earn experience points and in game currency – that gives you the ability to purchase different weapons, secondary attacks and special functions for your craft – even changing its aesthetics with a new lick of paint and go faster bells and whistles. The better your ranking the more you earn, so the replay value is insane. 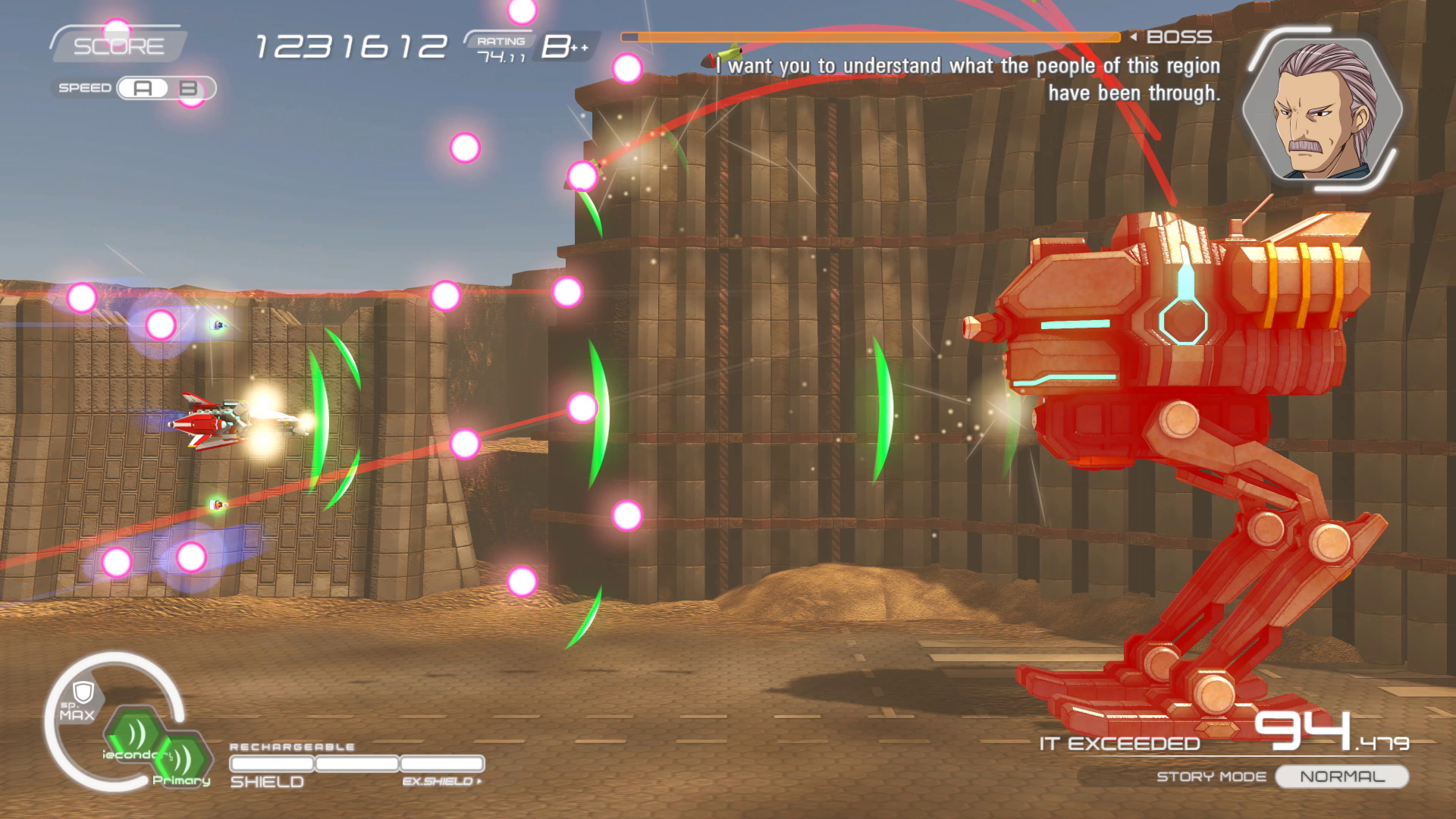 You start out fairly ill-equipped to go much further than the second stage without at least upgrading your principal weapon, but once you begin to improve the clout of your firepower, you can start going back and achieving better scores, times and ranks to cash in and make Natsuki’s ship even more badass. It becomes very addictive, very quickly, and very satisfying. There are a staggering array of upgrades to unlock, many of which are linked to Trophies. The way you can re-explore beaten levels, tinkering with your loadout in order to get a better reward, is a classic gameplay hook that is seldom seen in a shooter of this ilk, especially one carried out with such panache by Japanese past masters.

This is a seriously entertaining title, which fans of classics like Border Down, R-Type Final, and Progear No Arashii will absolutely lap up. In the modern era, only the exceptional Rolling Gunner runs it close in the hori stakes – but even that Switch belter lacked such a comprehensive, compulsive story mode and depth of unlockables and replayability. This comes highly recommended.

Large amounts of speech could annoy some

Natsuku Chronicles is a seriously entertaining title, which fans of classics like Border Down and R-Type Final will absolutely lap up.