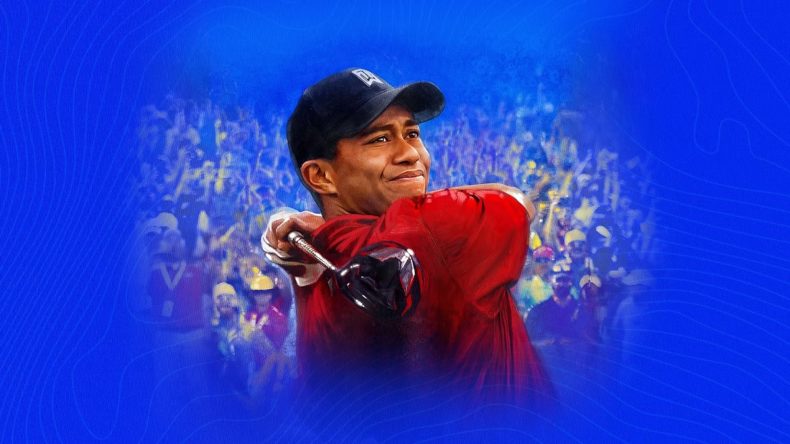 PGA Tour 2K23 is all about refining your playstyle over time, evolving how you swing, adapting to the weather, and harnessing the tools at your disposal to become the best you can be. Without trying to sound reductive, for a sport that revolves around hitting a ball with a stick, there’s a lot of skill involved in being good at 2K’s latest release, and it’ll take time until you find your footing on the fairway. The frustrations of missing a par or watching the birdie fly away can impact your concentration, solely because during 18-hole matches a lapse in concentration can see you fall down the leaderboard.

There’re plenty of assists to make it easier for you until you’re happy with the settings, but ultimately, if you want to play with the big boys and girls, you’re going to need to either get used to the analogue swing or try out the new 3-Click Swing system, a game changer for newcomers. When playing with the analogue swing, it’ll take time to master your power, speed, and accuracy. Swing slightly off centre and the ball travels to the left or right. Swing too slowly and you’ll graze the top of the ball and barely knock it off the tee. Even once you’re used to it, the room for mistake is there. As difficult as it can be to get the perfect shot, this is the most realistic and satisfying way to play PGA Tour 2K23. 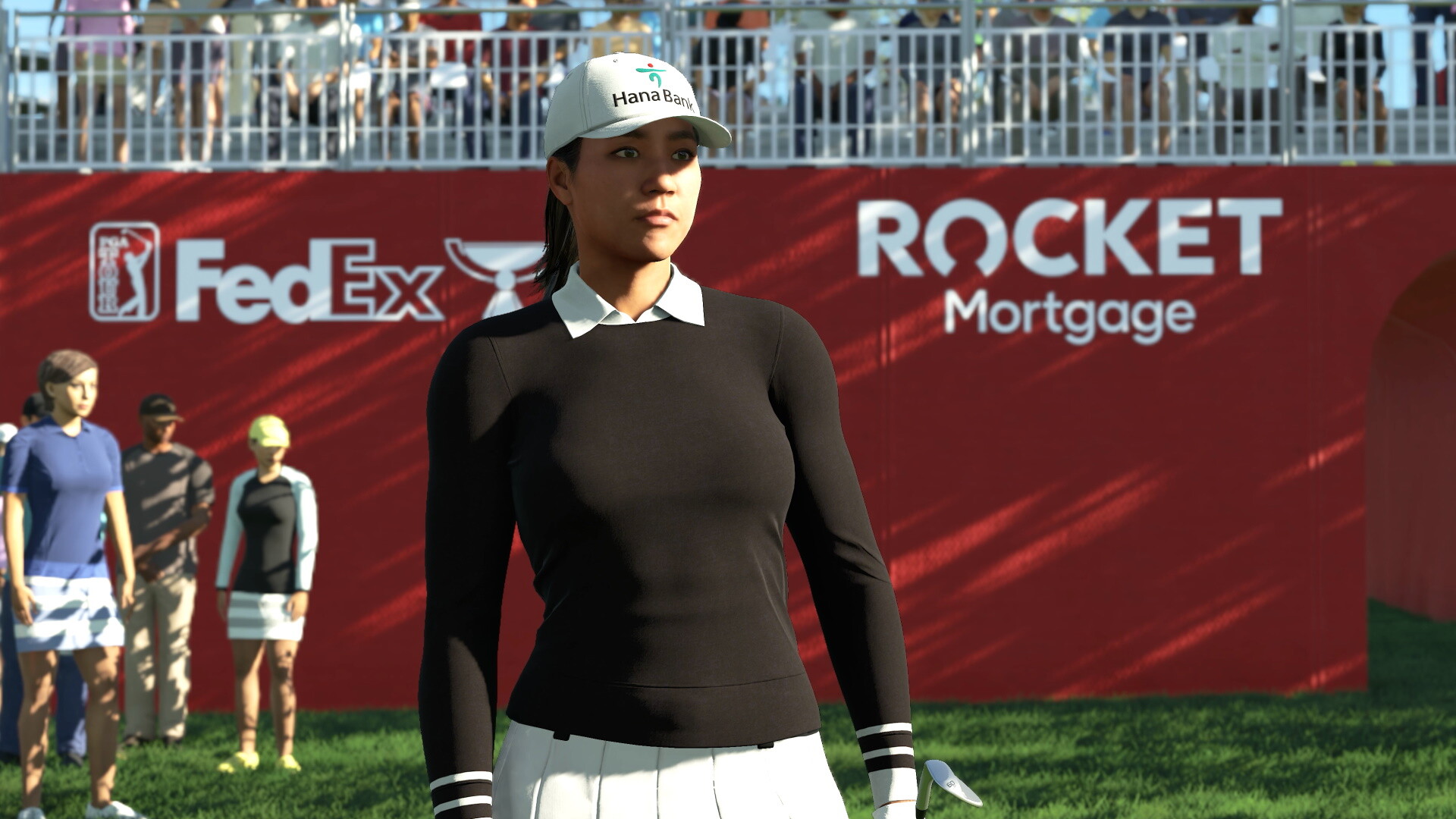 If you’re after more control over these three factors of your shot, and would rather not be punished too harshly for your errors, the 3-Click Swing is a new and straightforward approach to reaching the putting green. Whenever you take a shot with the 3-Click Swing, a circular gauge appears in the bottom left of your screen. Once you’re happy with the power of your shot by filling up the circle with another red circle in the middle, you can stop the marker as it revolves around it to achieve the right amount of accuracy. I found this so much easier to get the ball to land where I wanted, making it perfect for those starting out in the game.

Putting can be punishing, as you’re factoring in the slopes on the green just as much as the distance to the hole. There’s nothing worse than overshooting so the ball travels even further away than where you started because of a decline behind the hole. Again, getting used to these elements become part of every shot you make, so you will begin to familiarise yourself with opposing factors. PGA Tour 2K23 is a hard game to master, but when it clicks and you notice all the nuances at play, tournaments become much more enjoyable.

The main focus of PGA Tour 2K23 is MyCAREER, where you take your created player and lead them either from the Q-School or jump straight into the PGA Tour, bypassing the Korn Ferry Tour altogether. For avid golfers, the Masters and the Open aren’t a part of your career, but there’re plenty of courses and competitions to play in. You’re rewarded for good performances, be that through new equipment through sponsorship or in the shop, as well as skill points to refine your style of play. The Rivals system returns, and while it’s not that exciting, it offers other rewards to give you a reason to beat whomever that said rival is. 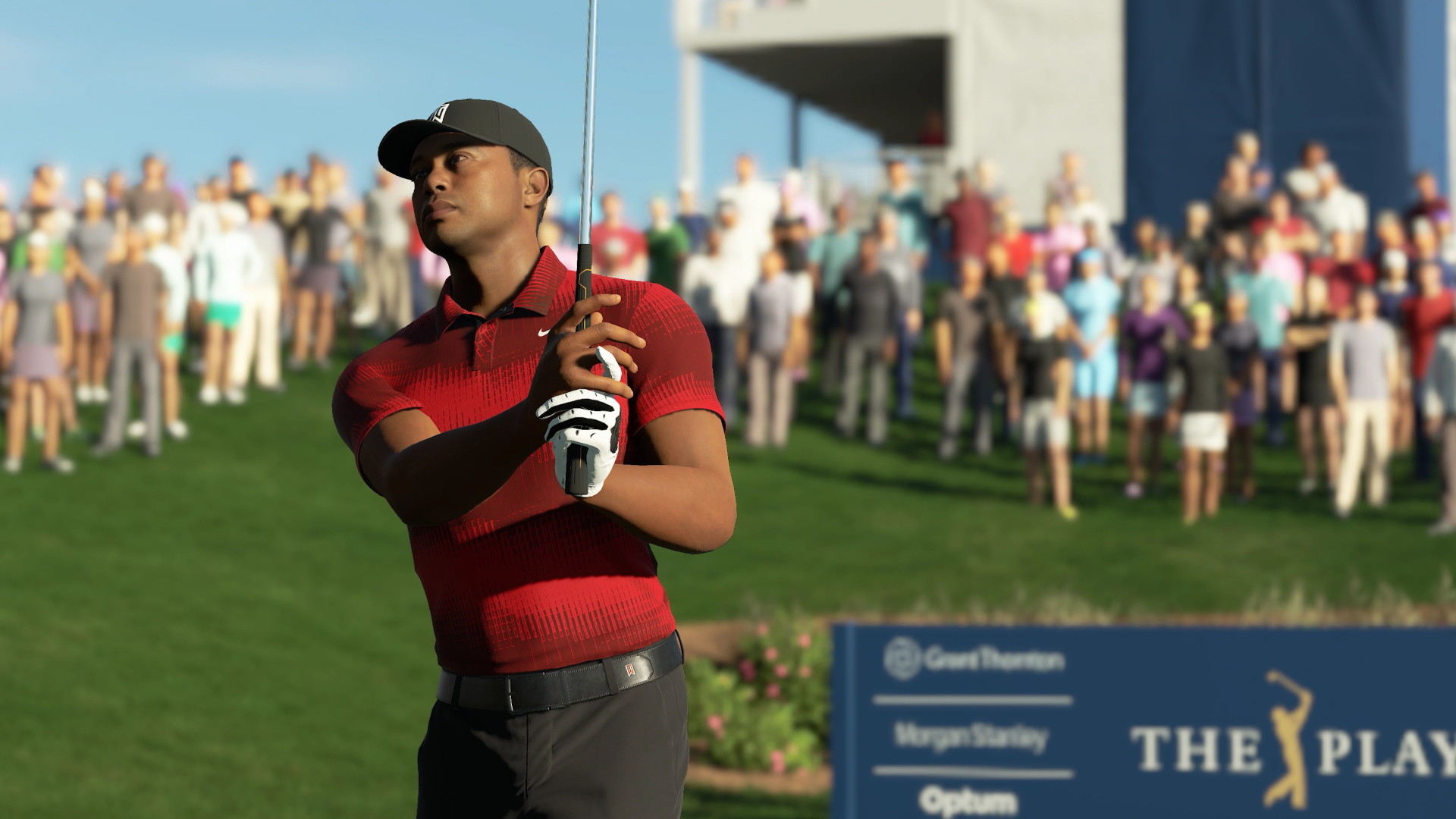 It’s hard to make golf exciting. True, I’m not a huge fan of the sport, so maybe the thrills are lost on me as opposed to those who watch week-in and week-out, but when the seldom cutscenes often fall flat compared to the likes of 2K’s basketball franchise or even FIFA, it’s hard to feel pumped up or excited. Still, presentation is excellent when it comes to tournament days, with a commentary team that do their best to hype up your plays or shoot you down after a failed shot. Visually, PGA Tour 2K23 is often fantastic, with courses looking stunning under the sun.

Some of the character animations feel a bit wooden at times, and the audience still seems cut and paste regardless of the location. For the most part, though, it’s a great looking game and you’ll fail to find issue with the level of depth on offer. That comes to the forefront in the Course Designer, perhaps the flagship mode of the entire game. In a few weeks, players across the world will have designed far more courses than the ones designed by the developers, and with tons of options on offer, created courses are going to be better than they ever have before. 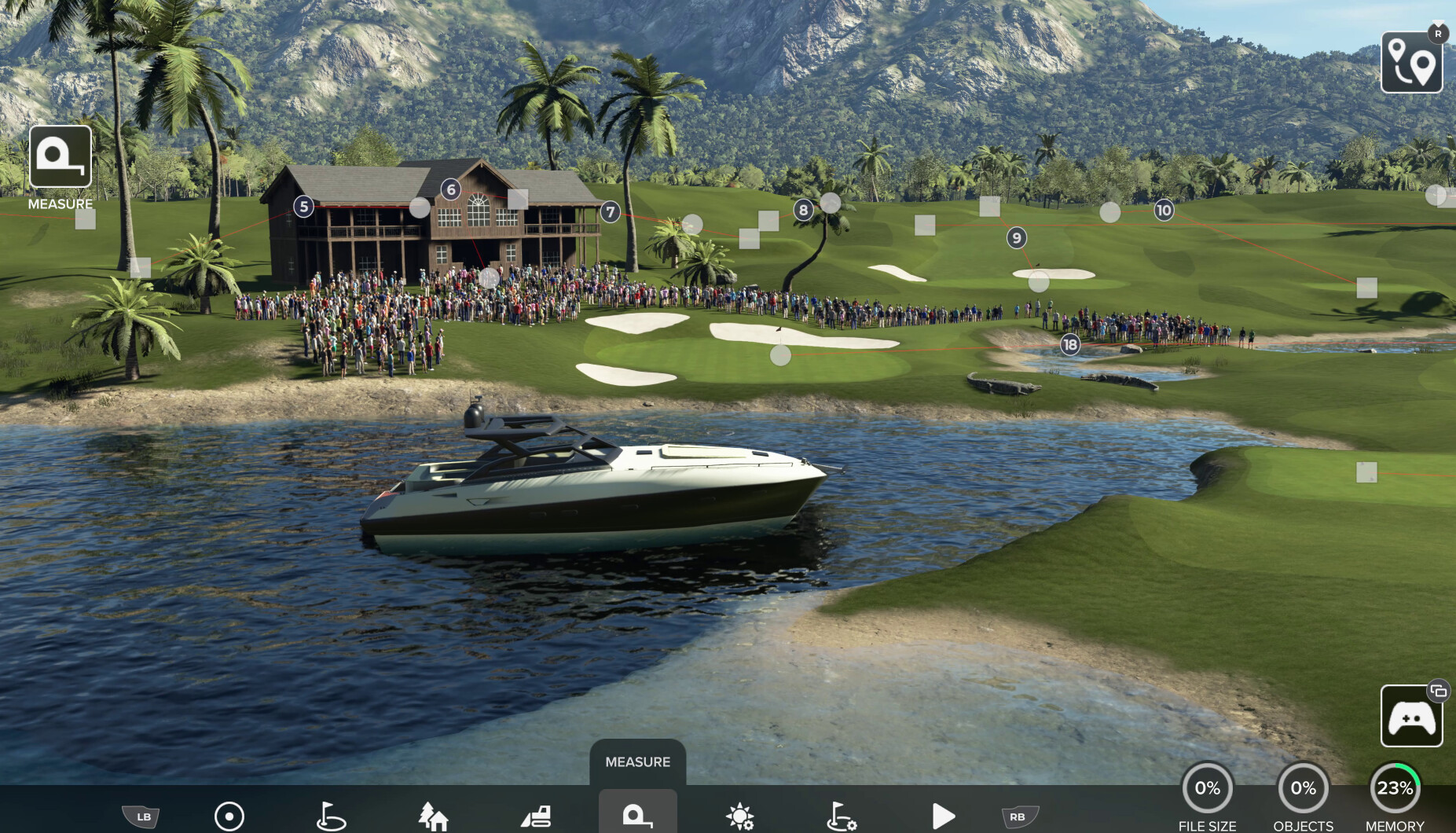 Another new mode is Topgolf. It’s a fun mode where you can play alone or against others. To get a high score, you’ll need to get as close to the centre of the various targets spread across the Las Vegas course. Beyond a few games, there’s little more to do here, but it does help to refine your accuracy for when participating in actual tournaments. Another neat addition to PGA Tour 2K23 is the ability to play as the pros. Along with the likes of Tony Finau, Just Thomas, Harold Varner III, and Bubba Watson, you can play as two huge basketball stars in the form of Steph Curry and Michael Jordan. The star, however, is the golfing G.O.A.T. Tiger Woods, who acts as the cover star and Executive Producer.

PGA Tour 2K23 features tight controls for those who want to experience golf as close as they can to the real thing with the analogue swing. For beginners, or those who want less frustrating tournaments, the new 3-Swing System is the way to go. MyCAREER is a strong mode with plenty of customisation, and with plenty of unlockable attire for you and your caddie, there’s always a reason to earn that money to unlock knew gear. Finally, the Course Designer features more stuff to build with, making those who enjoy crafting their own unique happy.

PGA Tour 2K23 features tight controls for those who want to master every swing, and does enough to bring players in from the last entry.