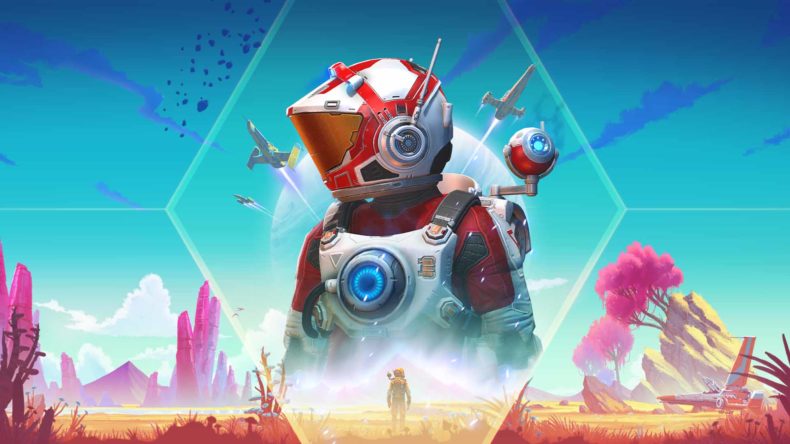 No Man’s Sky on Nintendo Switch is one of those fabled top tier ports. I didn’t expect to be saying this, but despite the obvious concessions made, the manner in which Hello Games has pared back its monstrous universe-sim sandbox experience is to be commended. This is, bar the multiplayer, the complete package, and if you’re looking for a version on the go (and don’t have a Steam Deck) then really, this is what you’ve been waiting for… at least, I certainly have.

You see, No Man’s Sky is a huge time-sink, or investment. It’s not a game you play for 20 minutes and come back to when you fancy it, not really. It could be, but it just isn’t. This is a title that demands the player understand it, and becomes comfortable with everything that goes on. 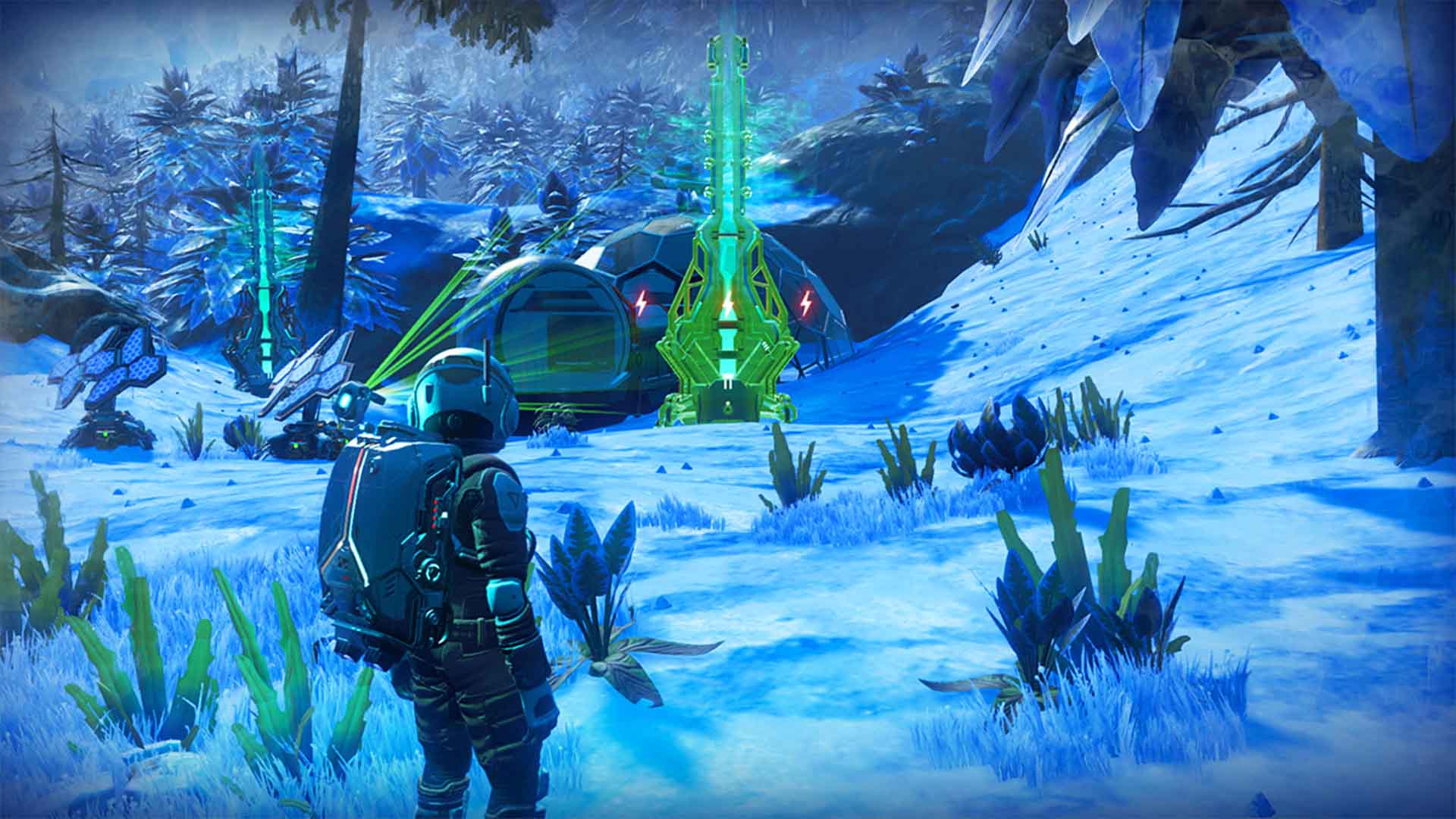 Starting on a presumably uninhabited planet, it’s almost unrecognisable from the 2016 launch version that came to PlayStation 4. It was always a looker, but it felt like an early access sandbox title, and while that may sound harsh, it’s more intended to praise how far things have come since then. Full mission guidance that teaches you to survive, forage, and enhance your capabilities lead you from a (likely) poisonous gassy planet that seems out to kill you, all the way to the stars. And even in handheld mode, that explosion of light and colour as you breach the atmosphere and meet the universe is phenomenal.

In fact, there’s an argument to be made that playing in handheld is this version’s raison d’etre, because while you can dock the Switch and play on your big-screen 4K television, well; why would you do that with this version? It’s absolutely serviceable, let me be clear about that. Yes it’s a lower resolution version than you’ll find on Xbox Series X or PS5, but of course it is. It’s a little muddier, too, but really the most noticeable thing is how well it runs.

At times, I could have sworn there was a slightly more barren landscape. There’s clear pop-in when it comes to textures, but how could there not be? Full planets are rendered, and aside actual magic, I’m not sure what more Hello Games could have done to achieve a more successful visual experience here. While the UI itself is clear and legible, it’s worth noting that in your ship the dashboard is fairly blurry, though on PC it’s fairly unintelligible what most of that means anyway. Something about distance, maybe? But does it matter? No. 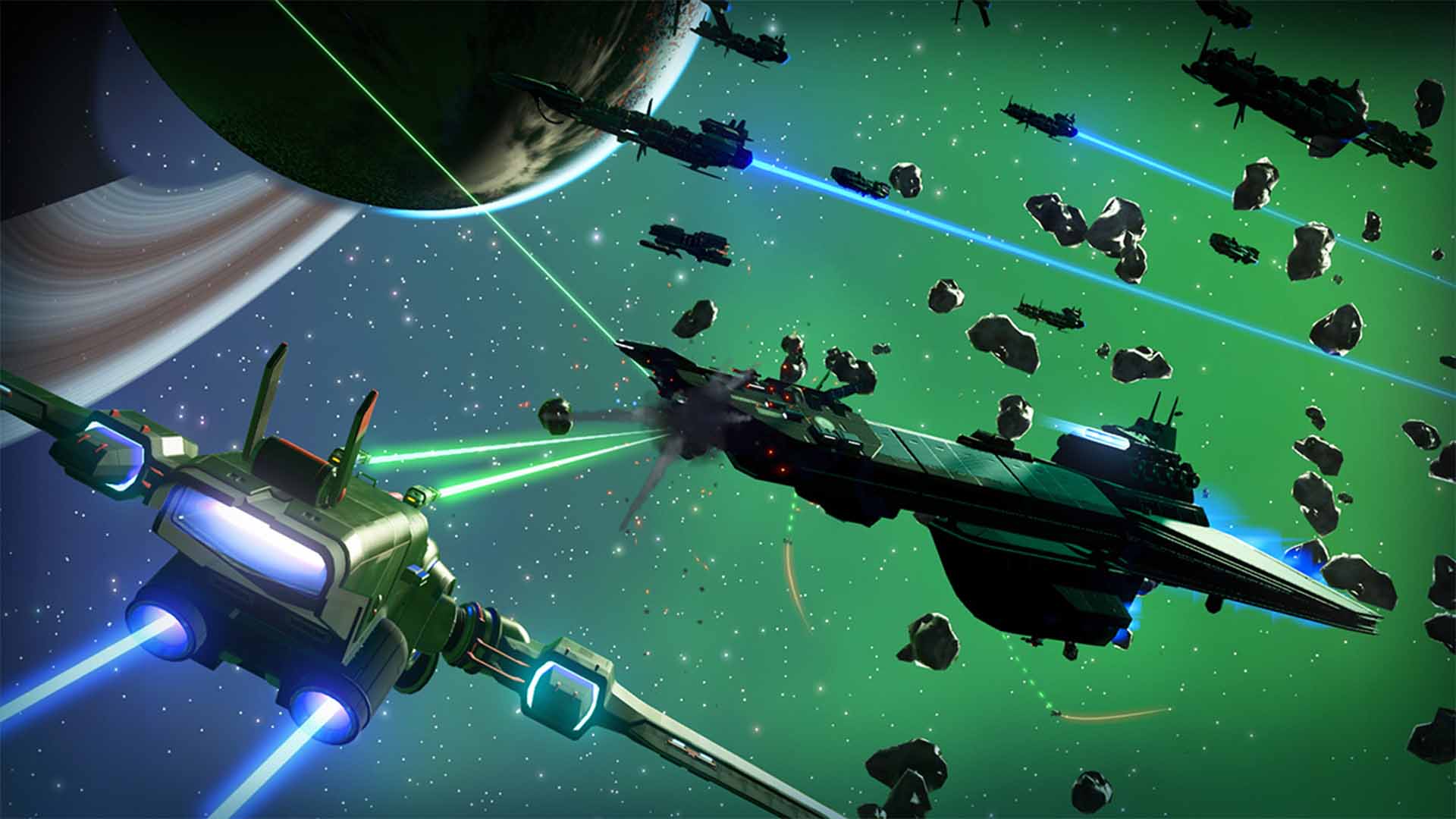 At a (mostly) solid 30fps, the Switch version of No Man’s Sky might not run like the big brother versions, but this is a game where combat is often secondary to exploration, and you’re not needing to swing your camera around all over the shop like some twitch-shooter. What’s most impressive though, isn’t that it hits 30fps, it’s that it’s a stable 30fps, with a tremendous performance overall. It’s hard to explain without a visual aid, but if you’ve played No Man’s Sky before, seeing it running like this on Switch is truly impressive.

Docked we’re talking about a 720p image which is always going to be a tad blurry on a modern screen, but the handheld resolution appears to be slightly below that. There’s the usual shimmering effect you’ll spot on even the best Switch ports, but really, the only complaint I have about this version is the slower load times which, being brutally honest, can be a bit of a downer. However, this only happens when you start the game up, and once you’re in, it’s a mostly seamless experience.

It’s also worth noting that the Switch release also sees version 4.0 come to all formats, which makes the Switch version the most complete launch version to date. Officially titled “Waypoint”, there are improved missions, collectibles, better accessibility, and just too many changes to list. Some of the base building is slightly pared back on the Switch, but that’s a default option and can be changed, though you may get performance issues if you force larger building limits. 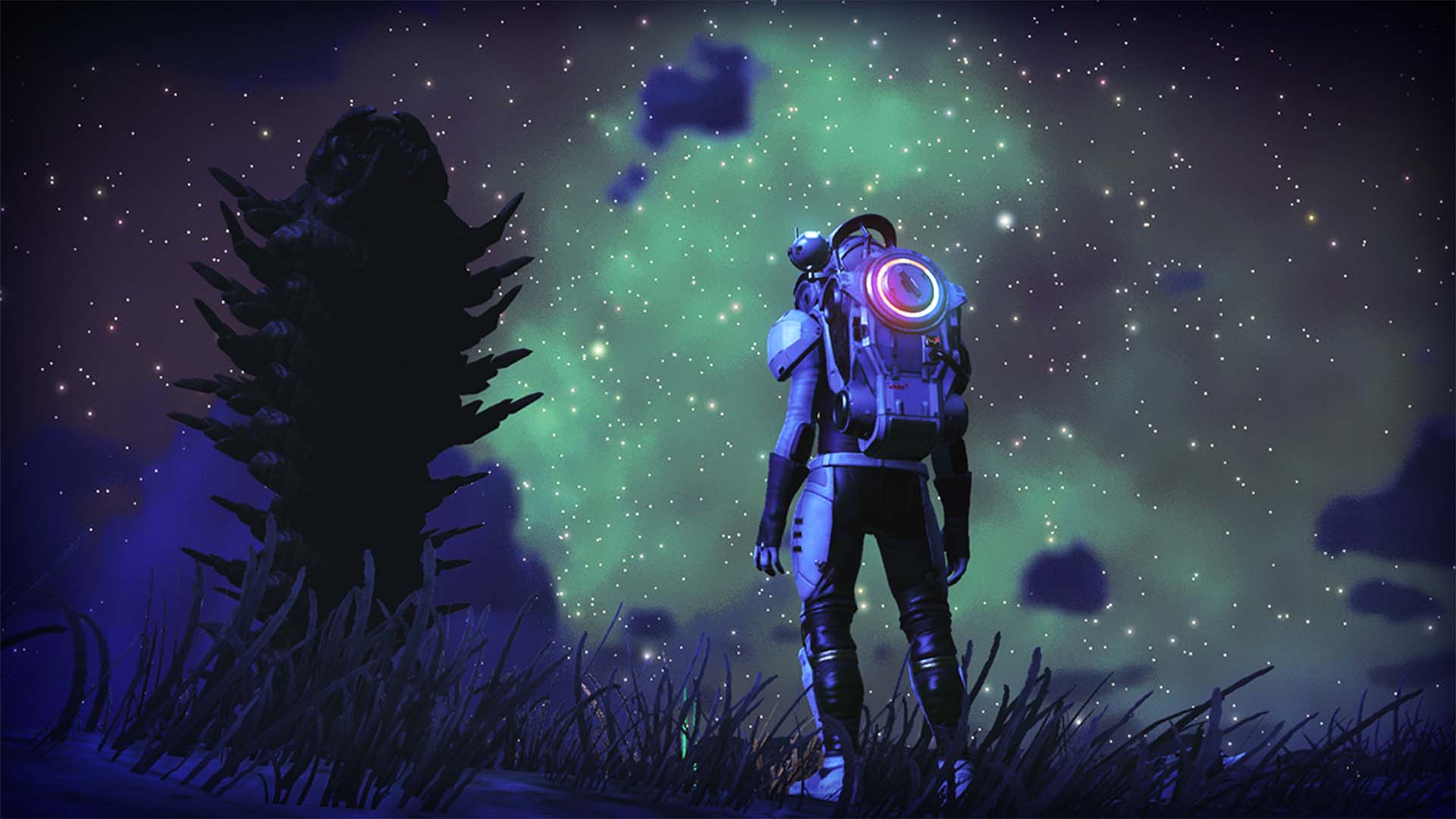 But the elephant in the room is the lack of that multiplayer option. Missing from the beginning on PS4 and the cause of so much controversy, the ironic thing is that having played co-op with friends regularly, I can actually say that I think the game is better experienced solo. There’s a sense of wonder that’s slightly lost when arguing about what to do next, or whose base you’re meeting at. And at the risk of reviewing what No Man’s Sky Switch isn’t for a moment, the game never quite got co-op play right; certainly not for how I like to play, anyway. Yes it’s an omission, but I have a feeling people will be okay with it, like I am.

In a period that’s also seen a tremendous Switch version of Nier: Automata, No Man’s Sky sits comfortably next to the best ports on the platform. Of course it doesn’t sing quite as beautifully as the most high-powered console versions, but really, when you can planet hop in a decked out space ship while having a number two, who cares? Absolute wizardry, this game just keeps getting better and better.

No Man’s Sky sits comfortably next to the best ports on the platform. Of course it doesn’t sing quite as beautifully as the most high-powered console versions, but really, when you can planet hop in a decked out space ship while having a number two, who cares? Absolute wizardry.