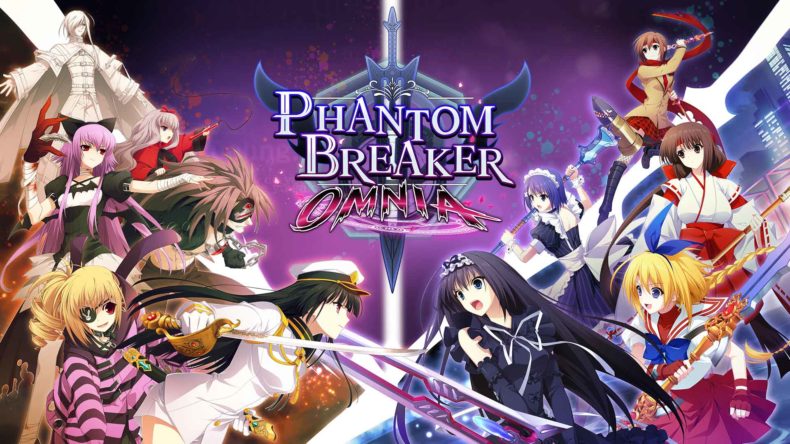 One on one fighting games will hopefully live on long after I depart this plane, if the recent slew of excellent releases is anything to go by. Modern gamers are spoiled for choice the same way as I was in a mid-90s arcade. The difference now is that the calibre of fighter is of sustained high standard. There are very few clunkers like Rise of the Robots or Eternal Champions. Even this here title– an update of an obscure game over a decade old – brings something decent to the party worth a look at.

With a mostly nondescript female cast, save for some guest star action from visual novel juggernaut Steins;Gate, this update of a game initially conceived for the Xbox 360 by Mages/5bp isn’t as pretty as a Guilty Gear or a BlazBlue. The roster is fairly underwhelming with a fair bit of duplication in move sets. The backdrops can best be described as simple and uninspiring. Despite admirable translations and a choice of Japanese or English, the story is meandering and dull. So far, it sounds like I am about to deliver Phantom Breaker Omnia the kind of kicking Sagat used to give me on the regular as a nipper. Thankfully, Phantom Breaker: Omnia redeems itself once you actually start playing it and learning its systems, its nuances, and how you can get the most out of it. 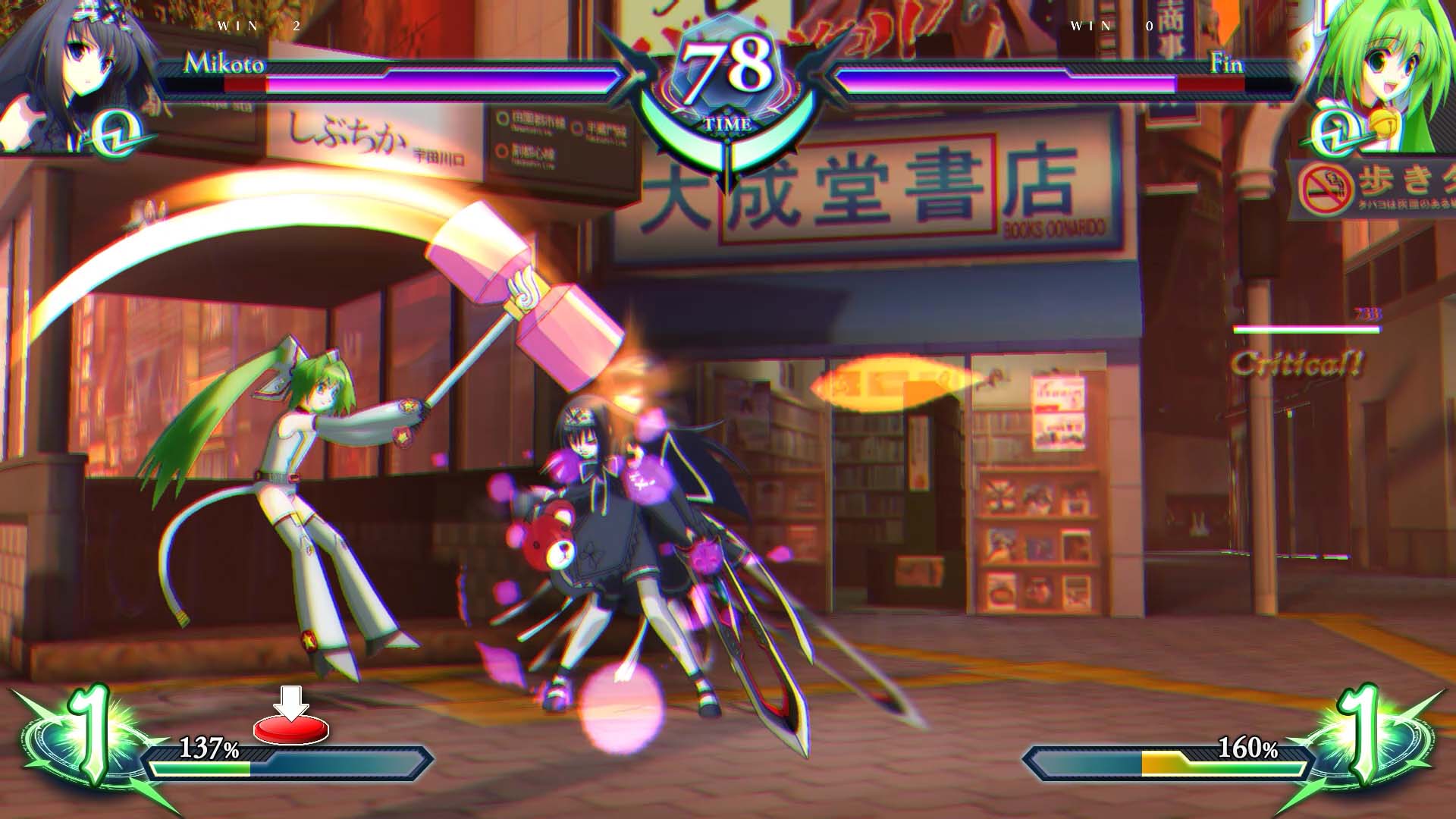 Clearly designed with accessibility in mind, the control system is simplified to light, medium and hard attacks with a separate button for executing special moves with different directional inputs – a bit like a Smash Bros title. You have a Burst meter which when full can be used to execute a Phantom Break finisher; you are also able to mix things up with an overdrive mode, and in amongst the usual cancels and throws there is also an evasive sidestep and the ability to stun your opponent. The simple combo system means that you are able to pick up and play the large character roster and quickly learn which of the unfamiliar cast is for you.

Once you have settled into your fave, you have an option to choose from three different styles, the same way you may have been asked to choose a Groove in Capcom vs games, for example. Quick mode allows a double jump and those sweet fast paced multi-hit combos, but comes at the expense of a shorter vitality bar. Hard mode focuses on heavy hits that deal maximum damage, but with less speed and combo ability. Omnia rounds out the trio of modes and is a more balanced mixture of the other two, trading off some specials for easy to execute chain combos.

Gameplay is fast and easy to learn, and there are plenty of modes to get lost in. The story mode is fleshed out with a multitude of lengthy cutscenes, which are likely to only appeal to fans of the visual novel genre, given the unfamiliar roster of fighters that are difficult to emotionally invest in. Even the Arcade mode is made a bit of chore given that you have to blast through pretty much the entire roster to beat it – unlike most examples of the artform that see you take on a smaller selection of combatants based on the character you have chosen. There is an online mode, which does not have rollback netcode, meaning you are very much reliant on your opponent having a decent internet connection. 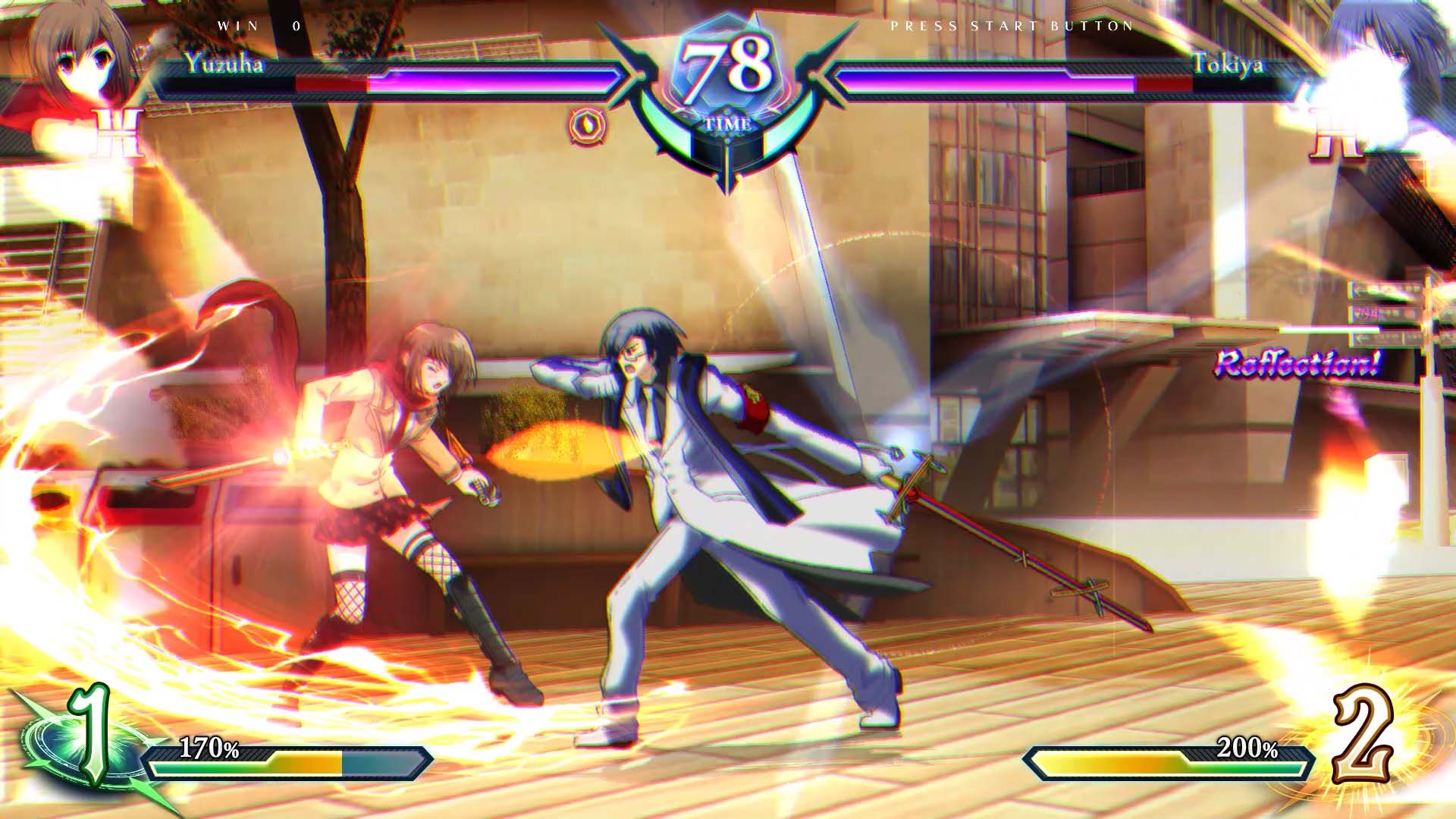 I found matchmaking to be inconsistent and at the time of writing there were few others online to throw it down with. The biggest, most glaring omission here is a lack of a fleshed-out tutorial mode, or combo based missions which are pretty much de rigeur these days for any one on one fighter. There are in-game manuals you can look at, but no physical way of experimenting and learning. Worryingly there aren’t even any guides you can access via the pause menu. It presumes a level of understanding that is the only element of inaccessibility in a game that is otherwise fairly easy for a newb to pick up.

Phantom Breaker: Omnia is a perfectly serviceable fighter, which I certainly enjoyed my time with, but with a new Persona title on the horizon, and a hard drive already packed to the gills with truly exceptional greats from Arc and now even good old SNK, this isn’t going to be a go-to when I fancy a scrap. The simple and easy to learn fighting style is fine – but the characters are nearly all cookie cutter anime waifu fare that it is hard to take to heart and fully get behind. The story is dull and unexciting, and for those truly wishing to squeeze every drop out of its combat system, the lack of a solid tutorial kills this dead. Not great, but not terrible either.

Phantom Breaker: Omnia is a perfectly serviceable fighter, but the story is dull and unexciting, and there's better out there.