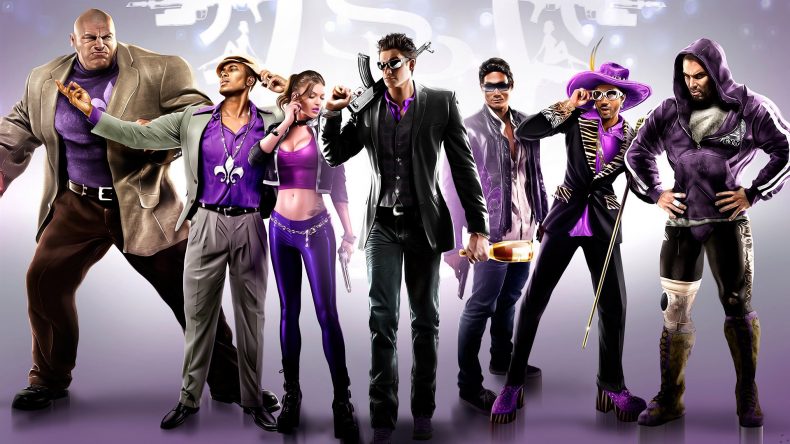 Every time I see an announcement for a new Saints Row re-release or remaster I die a little more inside. Not because I don’t want the Saints Row series on every possible platform, because I do, but because what I’m quietly hoping for every time is a Saints Row 5 reveal.

Sadly, there’s a chance that after Saints Row 4, upwards is a difficult direction for Volition to move in. Undoubtedly, the quality dipped slightly after the exceptional 3, but the plot of 4 is so ridiculously out there that it’s going to be a hard one to top without introducing playable dinosaurs and a Marvel crossover.

So instead, for now, we slake our thirst on regular ports and remasters of what has come before, and continue to hope against hope for that eventual announcement. And the latest quencher is this, Saints Row the Third Remastered, an admittedly well-polished reskin of the 2011 classic. Famously opening with an insanely over the top bank heist followed by an insanely over the top gunfight aboard a cargo plane, SR3 sees our legendary crew, the Boss (that’s you), Johnny Gat, Pierce Washington and Shaundi facing off against Phillipe Lauren, the toffee-nosed overlord of cleverly-named organised crime conglomerate The Syndicate. They’ve muscled in on the empire the Saints have built, demanding a huge cut of profits to boot. And remember, this is a world where the once thuggish street gang is now a media powerhouse endorsing everything from soft drinks to sports cars, with their fingers in music, movies, even politics. The Saints don’t share, and thus begins a fight to claw their way back to the top of the castle having been well and truly kicked off the battlements.

You, as the Boss, aim to achieve this by blowing shit to pieces, gunning down anyone who stands in your way, wrecking half the city of Steelport with cars, and flipping off everyone who looks in your direction. It doesn’t even really matter whether it’s that good, mechanically, because it certainly didn’t matter when it was first released. All that matters is whether or not it’s fun, and in fairness Saints Row The Third sacrificed almost everything, including its dignity and framerate, in the service of fun and the remaster often does the same. In the same vein as the GTA series (often not unfairly considered Saints Row’s older, wiser and better-dressed sibling), the action in SR3 centres on mass destruction while nodding along to licensed music in allegories of licensed cars. In actual fact the music is one of the best elements of The Third, presenting as it does a huge and eclectic spread of music from all genres and eras. Also, the sequence as the Boss and Pierce make their way through the city while singing and laughing along to What I Got is one of my favourite gaming moments.

The Remaster doesn’t change the mechanics, story, missions or side content at all, but what it does do is improve the visuals by a massive degree. Reflective puddles, more detailed environments, smoother animations and some excellent lighting effects make Steelport shine, and denser streets packed with more cars and more pedestrians give a stronger impression of a living city. The price paid for this, though, is a greater number of bugs and glitches. In my playthrough I experienced disappearing cars, crashes to dashboard, stutters, freezes, and long load times between districts. Saints Row The Third Remastered is one of those games that can shoulder a little jank, though. When you’re packing in that amount of mayhem and you’ve polished the surface level to such a shine, there are going to be issues lurking below, and I didn’t experience anything extreme enough to make me stop playing. I should point out, though, that a weird by-product of the Remaster is the change to character faces. Gat, Pierce, Shaundi and Lauren will be most noticeable to fans, as the new models look different enough to raise the odd eyebrow.

With all the DLC included, this version is a massive slab of fun and depravity that will remind you why this series became GTA’s most successful rival. A coat of paint, even one as shiny as this, can’t cover up issues with vehicle handling, or the lack a of a desperately needed cover mechanic, or AI that will quite happily stand around in the open waiting to get shot, but it’s doesn’t really matter. The improved graphical clout is enough to distract from a multitude of minor issues, and the core experience is so much fun that it’s hard to care whether is stands up straight while it pees on your roses and TPs your house.