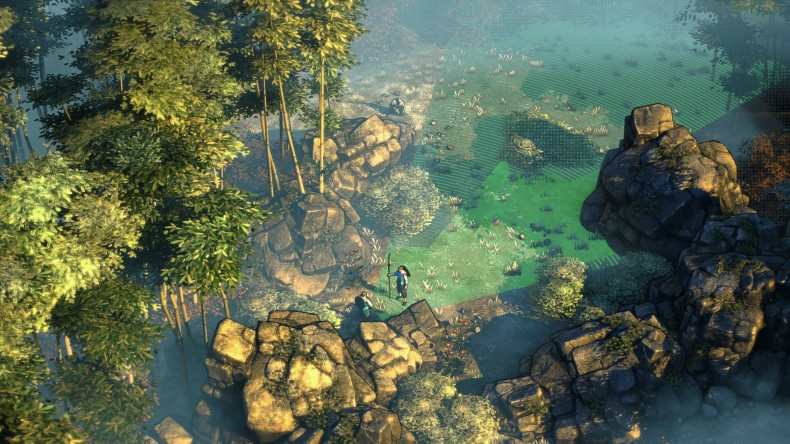 There are some pretty steep learning curves in RTS games, and grasping the complexities of commands can take hours until any of it sinks in. We’ve already had XCOM 2, Total War: Warhammer and The Banner Saga 2 among others this year, so surely we’re done with real-time strategy games in 2016? Well, if Shadow Tactics is the last RTS of the year, it tops off a fantastic 12 months for the genre.

Shadow Tactics doesn’t take forever and a day to get to grips with – in fact, you’re pretty much given the knowledge you need thanks to a great tutorial mission that introduces you to the game’s mechanics in bitesize chunks. The story takes place in the Edo period of Japan, where you take control of five characters (not all available from the start) who have been hired by a new Shogun to instil nationwide peace and fight against the criminals and conspirators holding Japan from moving forward. In the first mission, you’re shown a handful of skills to help you either fight or sneak to your MO. You start playing as Hayato, a ninja with the ability to climb onto rooftops, throw shurikens at guards and stab enemies with your ninjato. Some moves are only altered slightly between characters, such as the ability to throw stones or sake bottles for distraction, but overall each person has a unique skillset that’ll help you through a range of tough encounters.

The enemies are very smart and assertive which makes for a rough ride. Each guard you come across has a view cone, and if you step inside it they’ll come rushing. You can crouch-walk past them and if there’s a big cart or rock between you and them, it’ll stop them from seeing you. I can’t tell you the amount of times I took their intelligence for granted, thinking I could sneak past without triggering their attention, only for them to attack or call for back-up. It takes hours to finish a single mission, which is both a blessing and a curse. On one hand, you feel a real sense of achievement when you’ve sneaked past a hundred guards without detection, and on the other you’re so worn out that a rest in-between them is rather necessary. One great feature of Shadow Tactics is the ability to quick save whenever you want, and not only that, a small counter appears on the screen telling you how long ago you saved, reminding you it’s probably time you did. With no auto save, I got caught out on a few occasions and had to replay the last ten or fifteen minutes of a mission. It harks back to the golden age when games didn’t hold your hand, but at the same time you wonder how we ever coped without the auto save function.

Sometimes, you’ll see multiple options to advance and Shadow Mode helps you to build a selection of decisions, then execute by pressing one button. Action can get heated thanks to the fabulous AI, but there are plenty of opportunities to progress, not just through your weapons and skills, but the environments as well. You can walk over rooftops, swim underwater, and hide in houses and bushes, using them all to your advantage. Obviously, high buildings are helpful to Takuma the sniper, and bushes are good for the speedy ninja or street scavenger, Yuki. Each environment is different and beautifully drawn and designed. Some of the towns are colourfully lit in the dark, and others covered in snow. There are serene forests and thrashing rivers you’ll get to play through and no two levels are the same. It’s just a shame the length of the levels stop you from getting there for some time.

Shadow Tactics is a fine RTS and gives you the reigns for victory from the get go, it’s just a shame some of the levels are far too long and a little overwhelming. Don’t let that put you off though; it’s great value for money and hardcore strategy fans will love it. There’re always plenty of ways to tackle the levels and with such a varied group of characters you’ll never struggle to find new ways to play.

Levels are too long

Each level takes plenty of skill, and you’re given some great abilities and weapons to execute your attack, even if the levels take a long time to complete.