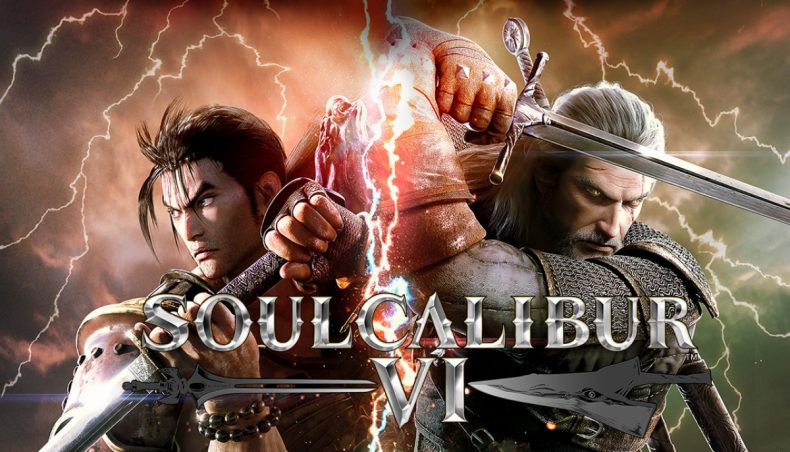 I’ve been looking forward to SoulCalibur VI ever since it was announced, and I can tell you straight away that it was worth the wait. It’s been six years since the last entry, giving the dev-team plenty of time to give the fans a game worthy of sinking hours into. Whilst many fighters require you to pick a main and stick with them, you’ll miss out on so much if you choose to do that with Soulcalibur VI. The healthy roster is full of different fighters with extravagant movesets and versatility, giving you plenty to sink your Soul Blade into.

The combat on offer is some of the finest out there, providing gravitas to each fight you have. Every battle is one of attrition, timing, and skill. The option to jump in and hammer the buttons is there, but you’ll be hacked down quicker than you can say “Voldo’s a pervert.” You have horizontal and vertical attacks which you can mix up depending on where your opponent is coming at you from, and using them in an 8-way run (a running attack) can help to knock them off guard. Obviously, your weapon affects the style you fight with, so learning how you’d prefer to engage is of paramount importance. Using Ivy’s Snake Blade works from long range, but can be tricky up close, whereas the ninja Taki can be great close-up, but get brutalised by fighters like Siegfried. Defence is the best form of offence here, and there’re plenty of ways to stop opponents from doing damage to you. Perhaps the greatest power you have is the new Reversal Edge mechanic. It works well if you’re taking a hammering because after using it to block an attack, a powerful counter initiates that can not only do damage, but looks bloody great in the process. It works like a game of rock, paper, scissors, and sees you picking a button input to outdo your opponent. Yes, it’s a minigame (of sorts), but the fluidity with which it’s implemented keeps up with the pace of combat. You can move around them when attacking as well, giving you a better angle at which to attack. Another defensive must is the Guard Impact, and it returns here. When used with the correct timing it can be incredibly satisfying, and mastering it is just as important as a heavy attack.

The Soul Edge mechanic is back but refined, giving your character plenty of powerful moves to take advantage of once the mechanic is engaged, and the glorious cinematic Critical Edges are special moves that do heaps of damage. Watching Nightmare use the Soul Edge whilst in his demon horse is a wonderful site to behold. Lethal Hits are also a great mechanic to use in combat because they can rid an opponent of armour and leave them more vulnerable to any future attacks. Everything about the combat looks excellent, thanks to utilising the Unreal Engine. Character models are stunning, and the stages offer flowing waterfalls, chaotic battlefields, and sublime architecture that never suffer from visual hiccups. Soulcalibur VI revisits the past and acts as a refresher to the story that made the games so iconic, where characters have their own reasons for obtaining the legendary ‘Soul Edge’ – a weapon with untold power that has the ability to instil great power to whomever wields it. Of course, there’s a chance it’ll corrupt your mind and turn you evil, but swings and roundabouts, and all that. What’s great about the two story modes is how much depth there is to each character, as well as providing a story for your custom creation to play through. Soul Chronicles allows you to fight a wide range of opponents in relatively short story campaigns for each fighter, told through storyboard screens and voice acting, set upon gorgeous hand-painted backdrops.

The timeline stretches across the late 16th century, and whilst it returns to the franchise’s roots, it allows new fighters such as Talim the opportunity to feature in it without feeling out of place. The game’s guest character, Geralt of Rivia from The Witcher series even ties into it, although it’s very much on the periphery. Still, watching Geralt interact with some of the series’ mainstays is good fun, and having Doug Cockle return to voice him is great. Elsewhere, the majority of characters have interesting stories to tell, such as the brutish Golem Astaroth, and Nightmare – the series’ ultimate bad guy. Some of the dialogue is hammy, and dilutes the drama in some of the scenes, but overall you’ll have a great time delving into history and trying out all of the fighter’s different play styles. My favourite thing about Soulcalibur VI is Libra of Soul – a story mode that sees your own custom fighter live out their own destiny that fits into the game’s history. There’s a lot of choice when creating your fighter: there are 16 races to choose from, such as a lizards, malfesteds (humans corrupted by the Soul Edge), skeletons, and stone warriors. You’ll also choose a pre-existing character’s moveset to adopt, and herein lies the biggest choice. I’m a huge fan of Cervantes, so naturally I went with him as his dual swords offer a nice balance of speed and power.

As you set off on your journey in Libra of Soul, you’ll find that unlike others corrupted by the Soul Edge, it is having a different effect on you. The Astral Fissures appearing across the world are poisoning people’s minds, but you need to consume their power to stay alive. Depending on your decisions, you’ll either become consumed by evil, or use the power to do good. Throughout the story you’ll make choices that will tip the Spirit Scales towards the light or the dark, such as choosing whether to steal weapons from a fallen foe, or killing someone that could’ve been saved by other methods. In turn, new Side Quests will open up depending on your choices, providing you fights that won’t have been possible if you’d chosen differently. You’ll meet many of the main characters along your journey, including Groh and Azwel – new fighters with interesting ties to your adventure. However, it is up to you how you interact with them, and on occasion you may have to fight them if you become entwined with the Evil Seed. Throughout the story you’re given the option to buy new weapons and food, but there are times when you have to wait to be able to shop for them. I found at about four hours in I had a relatively weak weapon for the type of enemies I was coming up against, and I couldn’t return to any shops to buy a better one. You can’t upgrade your gear, and even though you can spend gold to traverse the map, there are times when this isn’t allowed.

Food is something that gives you perks during battle, such as increases to health and attacks, and Mercenaries can also be acquired after a while to fight instead of you. This is a nice feature as it gives you a break from the unrelenting Malfested that try and attack you at every turn. Whilst the RPG-lite features become a little boring after a while, the story is great, but the constant barrage of dialogue in the storyboard cutscenes take a lot of time up, especially when you just want to enjoy the heavenly combat.

Whether you’re familiar to Soulcalibur, or are looking to dip your toes in for the first time, it doesn’t get much better than this. Motohiro Okubo has found a great balance for fans who love deeper combat as well as spectacular visual battles of grandeur; his work on Tekken 7 is a testament to this, but Soulcalibur VI does it so much better. With great combat, epic sound design, and two story modes that offer a plethora of ways to appreciate all of the hard work put into its roster, there’s little to grumble about.

The six years waiting for a new Soulcalibur game have been worth it. This is fantastic combat with plenty of depth, and even the new Reversal Edge mechanic is a godsend.