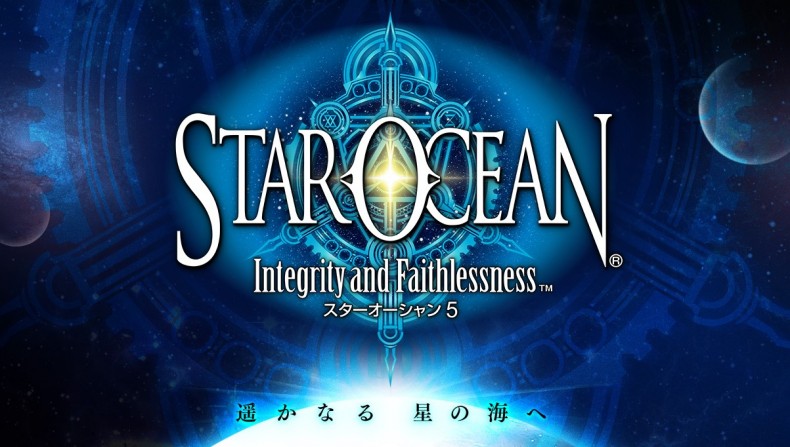 The story of a disenfranchised anime youth who goes on to save the world is a JRPG trope that goes back decades. The majority of titles put you in the shoes of moody teenagers who get into situations way over their heads and yet somehow manage to save mankind.

Star Ocean: Integrity & Faithlessness’ protagonist Fidel Camuze is a softer sort, but still harbours a dislike for his father due to the pressure heaped on him to follow in his footsteps (like Final Fantasy X’s Tidus or Tales of Graces’ Asbel). Fidel’s country is at war for some reason and after repelling an enemy attack on his hometown of Stahl, finds himself having to play politics with the capital to seek aid. What follows is an adventure that winds up with them involved in a conflict of galactic proportions. The beginning fight serves up your battle tutorial, introducing you to the game’s three button fighting mechanic; X executes a light attack, O a strong attack, and Square guards. This gives the battles a rock paper scissors mechanic, with guard blocking light attacks, and hard attacks breaking guard, while light attacks can be comboed easier. Holding the attack buttons down for a short period produces a special attack which consumes your mana. Winning battles grants you skill points to use, which in turn opens up new skills, roles and talents which then bestow upon you more skill points with which to make your characters more powerful. Expanding your roster’s skill set can make battles a dazzling feast for the eyes, with large pieces of rock erupting from the ground, fireballs blazing across the battlefields, or sword slashes slicing through the air.

Despite all the new technology and happenings that occur around Fidel and his childhood friend Miki, they very rarely express any sort of bemusement. I can only assume that this is because whenever they arrive somewhere, they’re normally on their way back out shortly afterwards. Journeying throughout Star Ocean: I&F’s world is frequent, relentless and with no fast travel. It feels as though this is an attempt to encourage you to battle more often, removing the need for grinding, but only serves to make you roll your eyes when the subject of your troupe having to move on once again raises its head.

Story exposition generally occurs while you’re moving from point to point, sometimes making it difficult to pay attention to. The game is fully subtitled, but there’s never an indication as to who is talking, so you’ll need to make sure you recognise each character’s voice (Miki and little Relia sound very similar), or you could find yourself getting confused. As these moments play out, you’re granted the freedom to move within a tiny circle when everyone has said their piece, though it can take an age to disappear — a little bit frustrating when you’re trying to get on with things. Fidel’s planet of Faykreed IV certainly is stunning in places and there’s some lovely texture work on display here. The rolling hills of the Resulian plains and the intricate architecture of Stahl are highlights. Character design for the most part is lovely too, with excellent anime stylings for the majority of the cast (Emmerson and Anne aside). They’ve also managed to capture some very anime-like animations for them, but these tend to match the dialogue delivery which is akin to a Friday night down the local amateur dramatics society.

The good looks aren’t helped by a camera that has a mind of its own. As you traverse the environments, it reacts to every single bump and crevice that you pass over, creating a constant up and down movement that really plays tricks with your eyes. When I first started, I assumed it was because I’d had too much to drink but it turns out that wasn’t the case at all. It actually gets worse in battle as well, sweeping and panning constantly trying to find some way to frame the action, but regularly getting stuck on scenery elements or behind enemies meaning that you can’t see what you’re doing.

It’s easy for the fighting to get monotonous too; you’ll often be asked to fight waves of constantly respawning enemies with no indicator as to how long you have to hold out, during these moments you’ll be forgiven for just reclining back, and browsing the web on your phone while tapping away alternately between the X and O buttons like some track and field game. There is at least a wealth of stuff to do in the game with items to scavenge, and side quests to undertake. The side quests thankfully don’t require you to kill things all the time, you’ll be asked to track down people, and items to get extra skill points, experience points and equipment, this at least gives you a way of levelling up without having to grind the way older RPGs used to.

Star Ocean: Integrity and Faithlessness isn’t a terrible game by any means, but is let down by some poor story-telling, dreadful delivery and a lack of originality. If you don’t mind the slightly repetitive nature of the combat, the poor camera and hammy acting then it’s well worth a look, especially for the silliest use of the word ‘piss’ that you’re ever likely to hear in a video game. It just feels that this is another attempt by Square Enix to adjust their games to appeal to fans of western RPGs. The action oriented style is nice and simple and the looks are good but the characters lack personality and the scope just isn’t as large as it really needs to be.

Review code provided by publisher. You can support us by purchasing using these links:

Star Ocean: Integrity and Faithlessness isn’t a terrible game by any means, but is let down by some poor story-telling, dreadful delivery and a lack of originality. If you don’t mind the slightly repetitive nature of the combat, the poor camera and hammy acting then it’s well worth a look.