previous
Control: AWE DLC review
random
next
Is it Wrong to Try to Pick Up Girls in a Dungeon? Infinite Combate review
0 likes 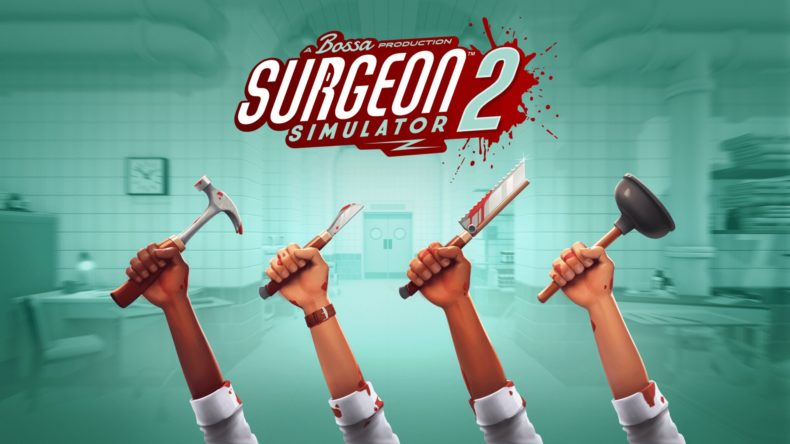 Surgeon Simulator 2 is, for want of a better word, insane. Like something from a fever dream, the campaign sees you and up to three others dropped into increasingly complex environments and told to, essentially, pull someone physically limb from limb, then put them back together with new parts before you can move on. The slippery wet Pop! as you remove an arm, leg or head, and the crack of bones when you break a ribcage with an actual claw hammer (or coffee cup, or fire extinguisher, whatever, whatever) is surprisingly satisfying, too, which only deepens your aversion even as you feel yourself growing addicted to the silly physics and environmental puzzles.

This sequel builds upon the concepts of the first game by introducing a suite of new mechanics and ideas. For a start, you’re no longer confined to the operating table, and each “stage” sees you navigate a series of rooms in the maze-like facility, often having to solve puzzles to progress. They start off simply enough with having you seek out key cards, etc, but soon become more complex. Likewise, as you begin, the tools and implements you need are in plain sight, but later you’ll need to spend some time searching for them. 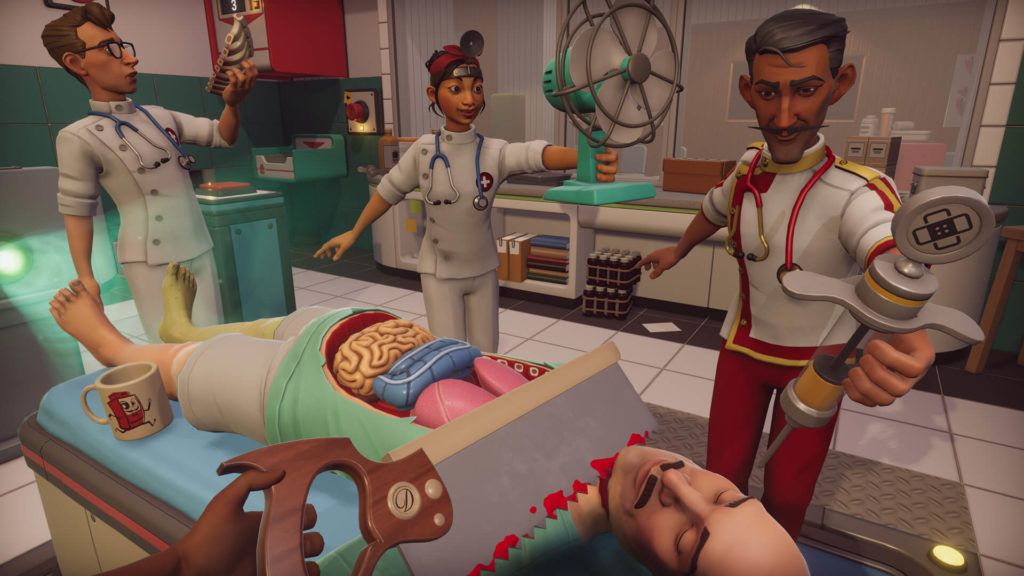 Once you reach the operating table and the unfortunate Bob, you’ll need to perform various “surgeries”, all the while fighting with the deliberately awkward hand controls and OTT physics. Played alone, Surgeon Simulator can quickly frustrate. Once you’re past the initial comedy of accidentally tearing off a head or flinging a lung, the time-pressured objectives start to become repetitive. Breaking up these sections with an explorable environment is a smart move, and there’s an almost Portal-like atmosphere as you’re told not to trust the voice over the intercom, and you begin to get the sense that all is not as it seems.

Unfortunately, Surgeon Simulator 2 is not that game and never fully commits to this potential, instead focusing on you dismembering poor Bob and stemming his blood loss with injections as you retrieve spare limbs from creepy chutes. If this was all the game was, it would be very much more of the same, but Bossa have played a couple of winning hands in a mostly successful attempt to elevate this sequel beyond its roots.

First is the multiplayer mode, which takes the mayhem, chaos and surgical bloodshed and throws more people at it. Every surgery has the potential to become a clusterbiff of epic proportions, with limbs and organs flying around all over the place. Ironically, though, the inclusion of multiplayer has led to the dumbing down of the surgeries themselves, making it less of a simulation and more of a party game. Even played solo, though, Surgeon Simulator 2 is a game that few people will take seriously. It’s supposed to be awkward and cumbersome and slow, so adding more players just makes it all more entertaining. 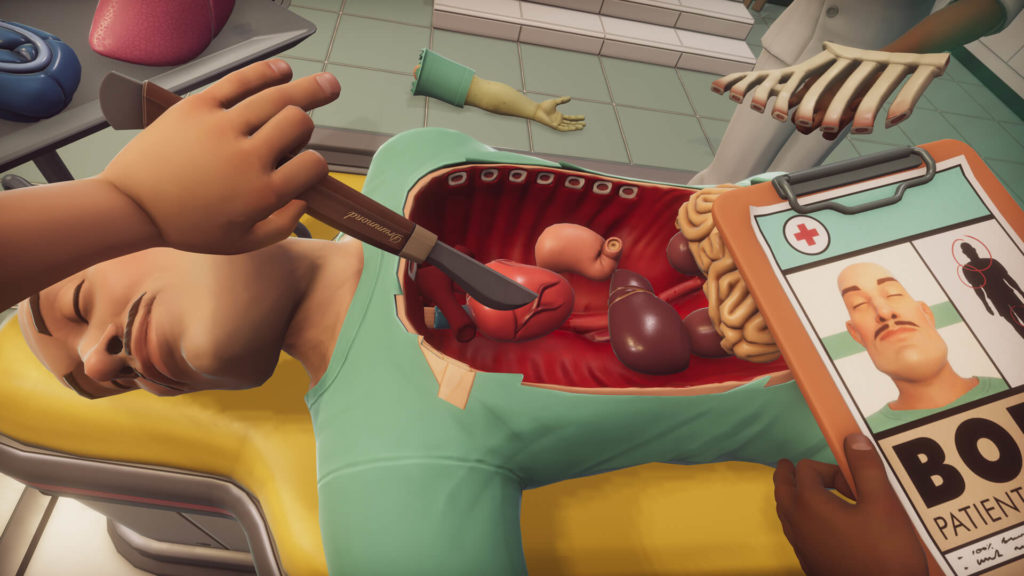 The second new addition is the level editor, a suite of tools to insert, remove and customise environments that you and your friends can then navigate while ostensibly still performing surgery. I mean, one of the recent player created levels is an actual bowling alley where you can use heads and limbs instead of balls, so that should give you an indication of the way the community seems to be leaning with this one. Potentially, though, this could provide an endless supply of laughs and new content, as the surprisingly easy-to-use editor can be utilised by several people at once, allowing you to work together to build your macabre theatres.

Surgeon Simulator 2 takes something that was incredibly simple and turns into something so much more than it was that, arguably, it probably won’t appeal to as many. The mass market pull of multiplayer and the endless creativity of the level editor are great additions, but those who liked the first game for its relative simplicity may be put off by the new stuff. Still, it’s not a game that intends to be hailed as a masterpiece – it’s intended to be silly, irreverent fun that keeps you coming back for more and more surgical shenanigans, and in that regard it’s a total success.

Surgeon Simulator 2 is intended to be silly, irreverent fun that keeps you coming back for more and more surgical shenanigans, and in that regard it's a total success.