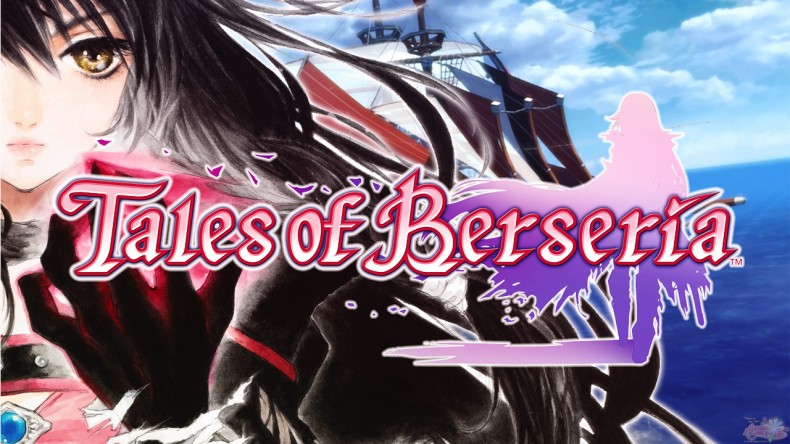 When I played the early parts of Tales of Berseria for preview a few weeks ago, it impressed me in a lot of areas. It is Bandai Namco Entertainment’s 16th mainline ‘Tales of’ game and while the franchise has enjoyed better times before the latest instalments, Berseria is a return to form albeit a safe endeavour. I can’t believe I already have two Game of the Year contenders in the form of Yakuza 0 and Tales of Berseria, since January isn’t even over yet.

Tales of Berseria is an action RPG that takes place in the Holy Midgand Empire. While Berseria and Zestiria share the same game world, the former takes place in a much earlier time. Velvet Crowe is the first female protagonist in the franchise history and Namco did a fantastic job with her. Not only do both voice actresses (English and Japanese) sound great, but she is very well written. When the Scarlet Night occurs, Daemonblight takes over, transforming people into daemons. Without spoiling a very important moment, Velvet is out for revenge against a certain exorcist. A series of events leads to her being imprisoned and eventually breaking out with the help of some very interesting characters. As you can probably tell, Berseria has you playing as the bad guys to some extent and this is a refreshing change. Each new party member is unique but Magilou the Witch is easily the highlight. Her dialogue had me taking screenshots almost every time she spoke. Character development and interaction happens through normal cutscenes (that are pretty damn good) and through visual novel-like segments with animated portraits that serve as a nice breather in dungeons and while exploring.

Speaking of dungeons, they will play a big part in your time with Berseria. You can spend a lot of time doing side quests, talking to people or just plain exploring before heading into a quest that involves a dungeon. I like how they gradually introduce you into the various mechanics in dungeons instead of just throwing everything at you in the first one you enter. Enemies are visible and running into one causes a transition into combat. You are rewarded based on your difficulty and this difficulty can be tweaked to make it simple, even for the most novice RPG player. While dungeons may have smaller sizes, they are more dense that previous instalments. There are a lot of corridor-like sections leading to empty rooms in dungeons, that I wish were replaced with something interesting. Combat has vastly improved from Zestiria. You notice this right away fromt the obvious camera tweaks that make battles a lot more enjoyable. It manages to keep everyone in view and let you use your Artes in stylish ways. You can map attacks and create your own combos by assigning them to the face buttons in the menu. You can even press the right shoulder button to pause combat and select your target on the fly. You consume your Soul Gauge as you move around and attack. This gets refilled as time goes by or if you manage to fulfil certain conditions in combat. You can then unleash a Break Soul, which is something you will want to do fairly often, just to listen to Cristina Vee (Velvet’s English voice actress) deliver some of the best combat dialogue ever. I can’t imagine Velvet without her voice now. The combat is fun and kept me excited until the end. I played Berseria mostly using an Xbox One Elite Controller but it supports keyboard and mouse or Dualshock 4 through Steam. I was surprised at the lack of Dualshock 4 button prompts in game (as of the latest build I played) given the game is originally a PlayStation title.

I love RPGs that let you visit varied locations and Berseria is full of different locations for you to peruse. After Zestiria’s 30fps performance, you will be pleased to know that Berseria supports both 30 and 60 frames per second with arbitrary resolution support on PC. Character models look great and I still love Velvet’s main costume. Environments look like PS3 visuals with upgrades in some areas. I hope the next Tales game targets PS4 directly so it isn’t held back by old hardware. One visual issue I had was the mini-map looking really low resolution compared to the rest of the UI–hoping this is fixed in a patch. At this point I usually gush about game soundtracks but Berseria’s score left me fairly disappointed. While Zestiria is ranked very low on my list of games available on current platforms, the score is great. Berseria has a good soundtrack but not a good one by Tales’ usual standards. Voice acting makes up for this with both English and Japanese options being superlative. I usually play a game with both options for an hour each before deciding. The choice this time was harder than ever before.

Many modern JRPGs are linear in structure but do a good job of hiding things. Berseria kind of fails at this. While there are some open aspects to it, you are basically following a linear path that involves a bit of backtracking. Aside from this and some of the dungeons being underwhelming, Berseria doesn’t do anything else wrong.

2017 is off to a strong start with some great games already out in just the first month. Bandai Namco Entertainment really impressed me with Berseria. With a couple of tweaks and fixes, they can really achieve great things with this franchise. I’m glad fan feedback was taken into account for this release. If you are in the mood for nice action RPG with great characters and addictive combat, Tales of Berseria is for you.

Velvet is an amazing protagonist Unique characters (Magilou is the best!)
Combat is a lot of fun
Great voice acting and story

Soundtrack could be better
Feels too linear

Tales of Berseria is not just one of the best Tales games in a long time, but an essential for any JRPG fan. It’s a huge step up from Zestiria in almost every way.