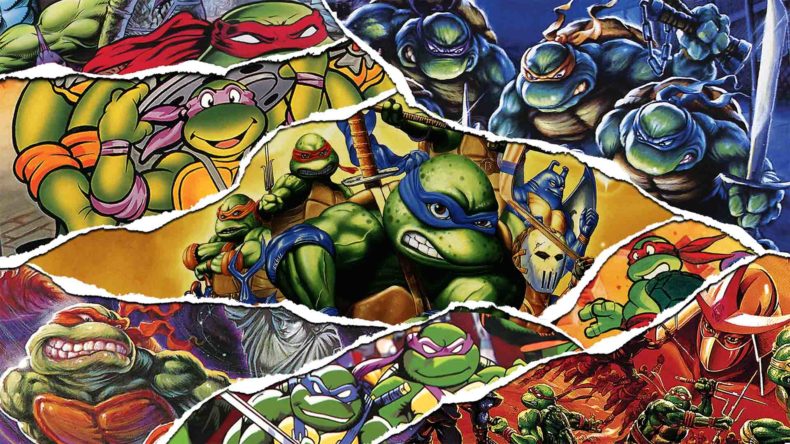 The popularity and sheer ubiquity of the Teenage Mutant Ninja Turtles during their heyday cannot be demonstrated better than by the fact that a staggering thirteen videogames were released based upon their pizza-scoffing antics in a period totalling just five years.

Hot on the heels of the magnificent Shredder’s Revenge, Konami are re-surfing the half shell renaissance and have had Digital Eclipse gather together these titles in the superb value for money package that is The Cowabunga Collection, and it’s chock full of amphibious action and warm retro nostalgia with a fair strike rate of good to clunker. Not only is it generous in gaming content, but it is stacked with a mind-boggling amount of extras, including stuff that nerds like me really enjoy looking at such as original box and manual art, concept drawings, comic book covers, and even stills from the vintage cartoon show. If I was to moan, it can be quite tiresome going through these due to an annoying delay between each slide, but I was willing to let it go.

As well as the extras, The Cowabunga Collection includes a handy rewind function, and the developer has even hacked into some games to do stuff like make quality of life improvements, allow Game Genie-style cheats and enhancements, or even turn of latent flickering in some of the NES and GB titles. You can also select which regional version of the game you wish to play – and believe me there are differences. It is a seriously impressive effort all round. 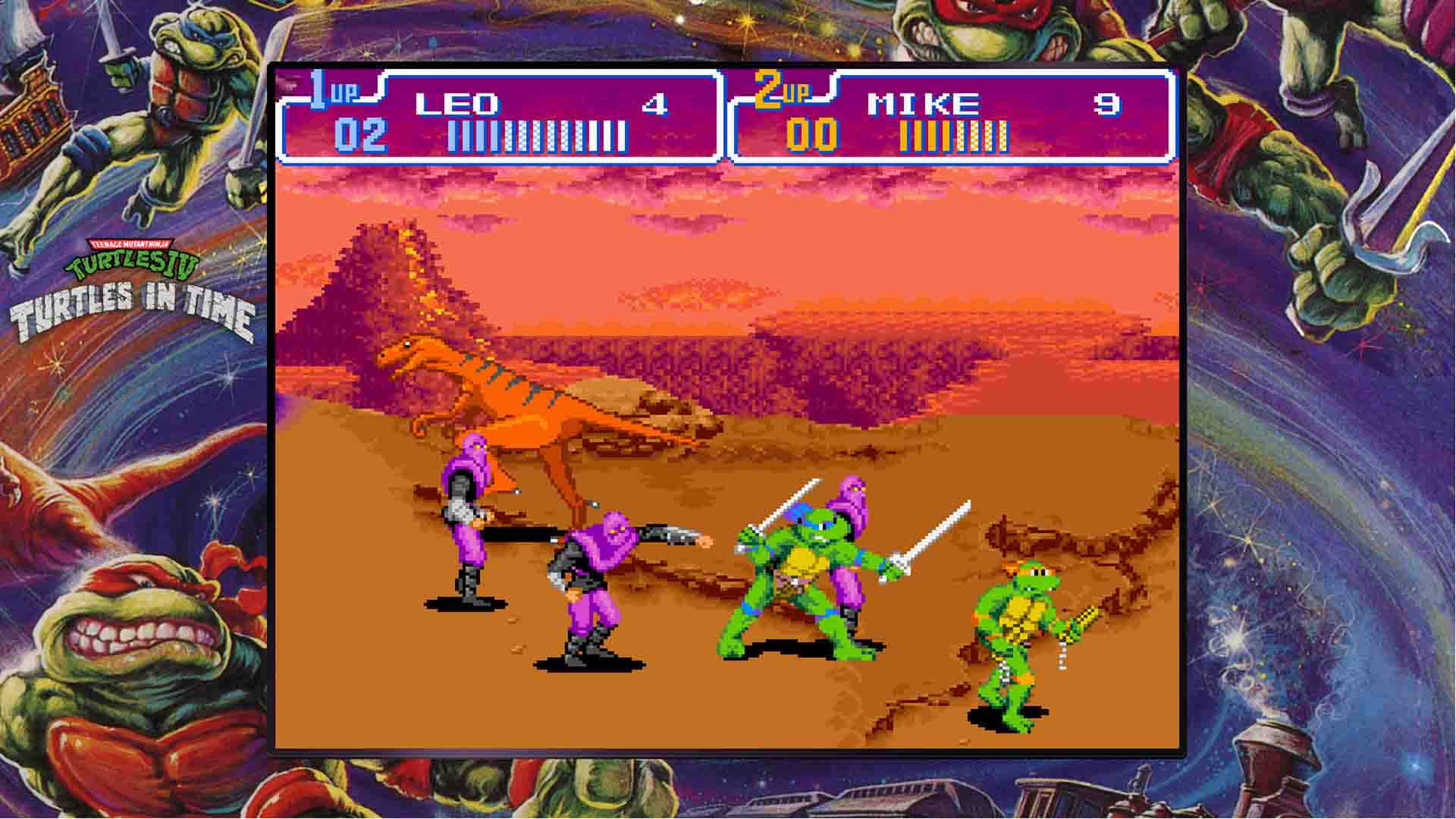 There are three main titles here that I suspect most people will reach for first – those being the two arcade based scrolling fighters – the eponymous 1989 original that started it all, and its superb 1991 Turtles In Time sequel; and the superior Street Fighter II clone Tournament Fighters for the Super Nintendo. All three are emulated nicely – and dare I say it in the case of the JAMMA pairing – actually seem a little smoother, with lack of button lag and a slightly less relentless level of difficulty.

The original, which I can remember ploughing a ridiculous amount of 50 pence pieces into (this was an unscrupulous arcade owner cashing in on the Turtles buzz), remains a fun – if repetitive experience as you batter a multicoloured multitude of Foot Clan fodder on your way to the Technodome. Longer, more varied and just much more fun, is the Turtles in Time sequel, which is the best game on the compilation.

In 1993, one on one fighters were ten a penny, both in the arcades and at home. There were a lot of exceedingly poor efforts released in the wake of a certain Capcom mega-hit, which included the polished Tournament Fighters. In its SNES incarnation it is a big, bright, colourful and very fun fighter which matches the four series heroes up against a cast of characters that include familiar foe Shredder, and a whole host of deep cuts from the comics and films. It still plays well to this day, has an early version of the “super move” bar, and it is fun learning the simple and easy to execute movesets. Sure, it pales in comparison to the more combo heavy fighters that preceded it, but just as I was satisfied with my purchase back in the day, I am more than happy to spend some time enjoying this one all over again. 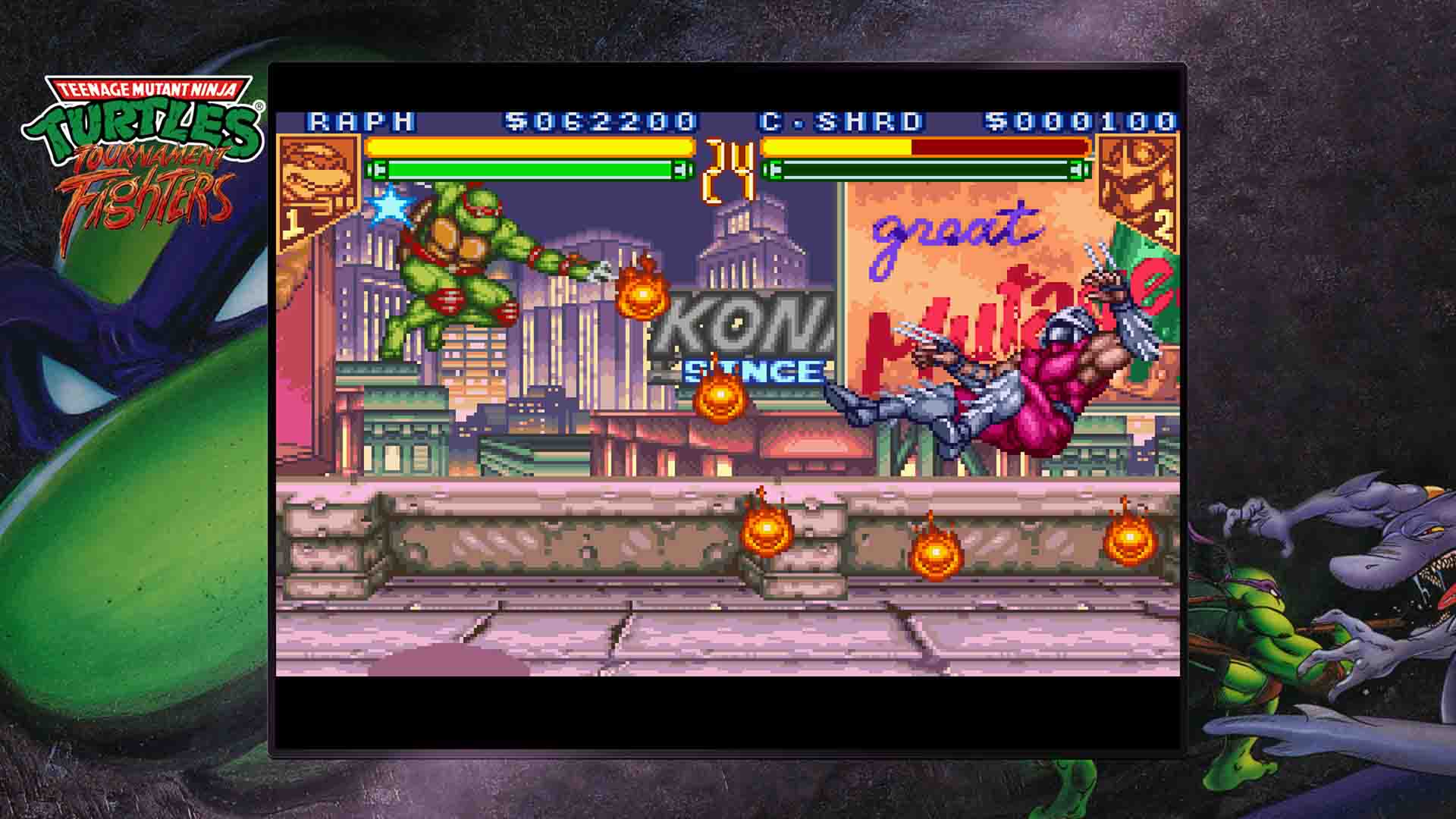 Best of all, the aforementioned trio, along with the Mega Drive corker Hyperstone Heist – can all be played online with friends, which makes even the sometimes-dull repetition of the first game a nostalgic rush. I found it strange that the SNES port of Turtles In Time – included here of course – was not also online-ready. It is a superior version of the game, with more levels, bosses, and some truly outstanding music – as you would expect for a Konami game of the time. Weird.

Joining the four online capable titles in The Cowabunga Collection are a bunch of 8-bit and Game Boy releases. The original TMNT NES game was a curious platformer that is strangely beloved, yet in the cold light of 2022 doesn’t actually do a great deal with the licence and isn’t a fun time. The “sequel” is an impressive stab at the original arcade game, which is a bit of a remix, with the addition of a few new bosses including nefarious fly/scientist Baxter Stockman. Rounding out the NES trio is the fun Manhattan Project, which is more of the same scrolling goodness, with a tonne of baddies from the comic and toy lines, as well as from the Secret of the Ooze movie, which is only notable in my brain because it featured then-WWF wrestler Kevin Nash as Super Shredder. One of the best 8-bit scrolling fighters for me, Manhattan is the king of the NES fare here. Completing the quartet of NES titles is the take on Tournament Fighters which pluckily has a good go of things but like most 8 bit one on one fighters lacks the oomph and power to make it a recommendation. 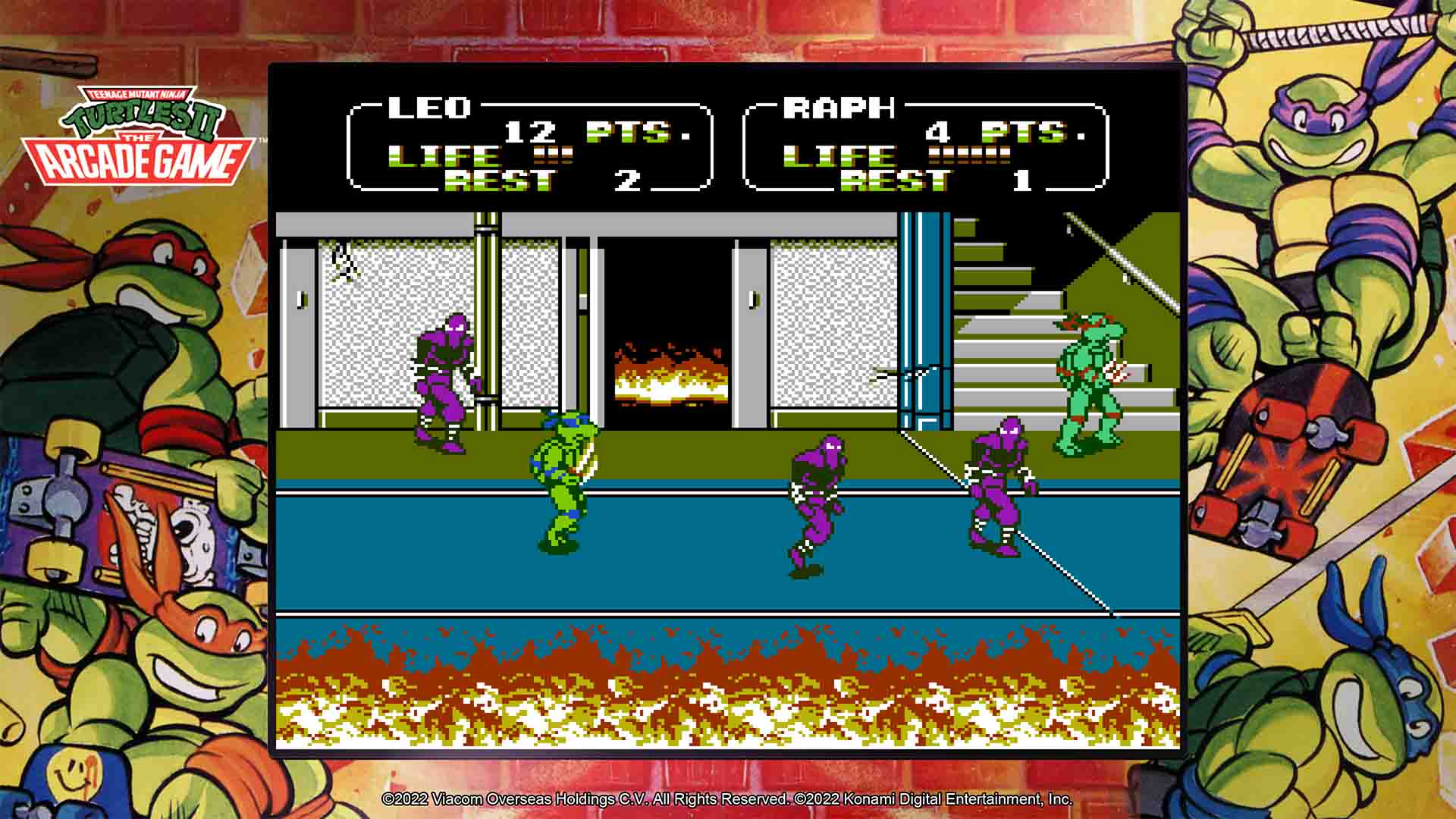 The three Game Boy titles are best summarised as two basic side scrolling platform fighters, and in the case of Radical Rescue, a seriously impressive proto MetroidVania which brings all of the four Turtle lads and their abilities together to solve puzzles and progress. This one passed me by back in the day, but captured my imagination this time around and is a real gem.

Rounding things off are the aforementioned Hyperstone Heist – a scintillating, fast paced belt scroller which is a kind of scaled back take on Turtles In Time with a more frenetic feel. It really comes into its own with friends. Finally we have the inferior Mega Drive version of Tournament Fighters. It has arguably a better roster of more familiar characters than its SNES counterpart, but is severely lacking in the gameplay stakes and not helped by employing a two button system to the SNES’ four.

As you can see there is much to see and do with The Cowabunga Collection, and whilst the games are arguably all eclipsed by the recent Dotemu reboot, there are still some blinding retro classics and so many extras to enjoy that this collection is a great value trip through your childhood console and arcade memories, showing that for the most part, Konami did the red hot licence justice.

There is much to see and do with The Cowabunga Collection, and whilst the games are arguably all eclipsed by the recent Dotemu reboot, there are still some blinding retro classics and so many extras to enjoy that this collection is a great value trip through your childhood console and arcade memories.