previous
Inked: A Tale of Love review
random
next
The Medium PS5 review
1 like 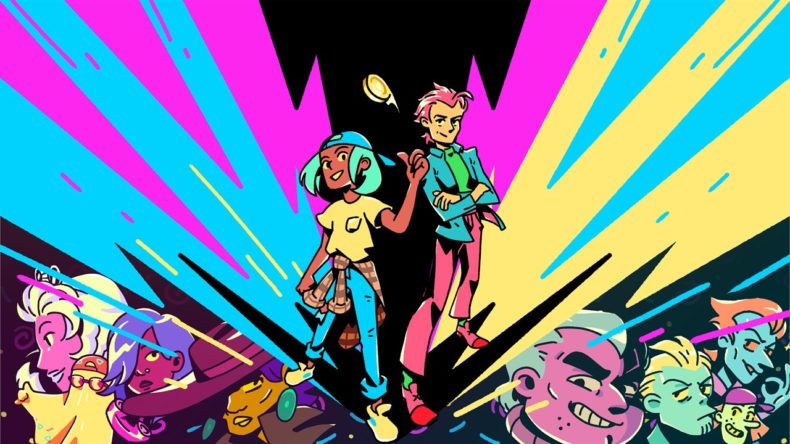 People always bang on about the 80s being such a cool decade for kids. Whilst it was pretty fantastic, the 90s was just as awesome. I may be biased, but hitting the ripe old age of seven as the clock struck midnight in 1990, the following ten years gave me so much. It’s always good to reminisce. Thanks to Mighty Yell’s The Big Con, I was able to remind myself of some of the coolest times of my life. It oozes nostalgia. Not just in the things it references, but in the style and the colours.

CHECK THIS OUT: Saints Row is being rebooted, and we’ve seen it in action

The Big Con: Getting that green

The Big Con follows a young girl called Ali as she sets off on a road trip across America to steal $97,000 to save her mum’s video store. Morally, it’s pretty wrong, however, her heart is in the right place. You start off pick-pocketing for a few dollars here and there. Once the money begins to roll in, Ali cons everyone from desperate dads trying to get their kid the latest toy to stock market players and teenage coffee shop workers. 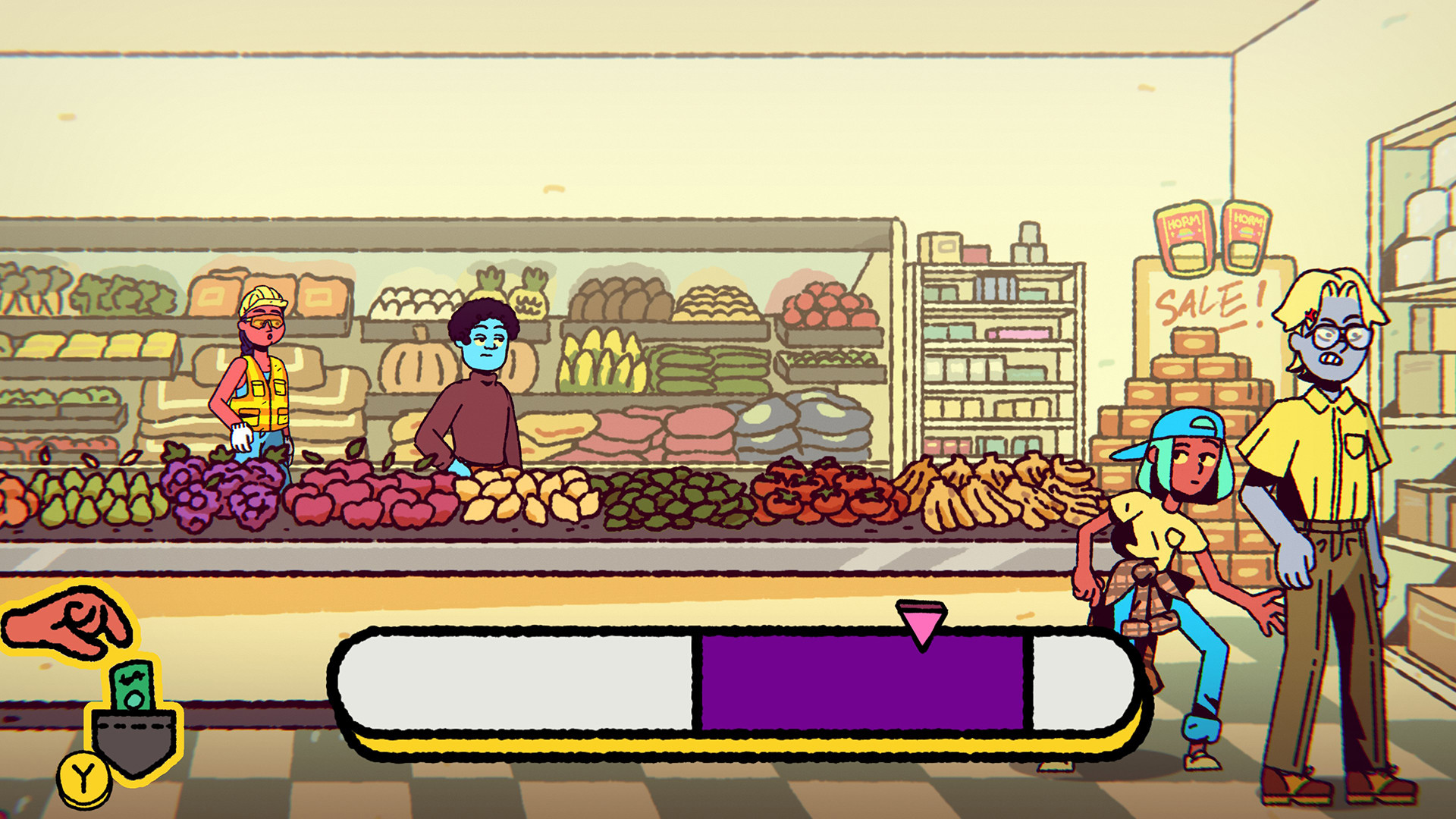 By walking behind someone, a wallet icon appears in the bottom left of the screen. Sometimes you’ll see one note in there, while other times there’ll be a lot. This indicates how tricky it’s going to be to steal. A gauge appears with a purple bar in it. Pressing the button at the right time will stop the arrow in the bar. The harder it is to steal, the smaller the purple space is and the faster the arrow moves across the gauge. This is only one small part of conning the whole of America.

There’re lots of different opportunities to con civilians. Sometimes, an ear icon appears on screen. By interacting with it, you’ll be able to hear a conversation that’ll lead to an opportunity to get some money. In a video store in Mallton Mall, I imitated someone’s girlfriend so they would give me their wallet as they tried on some clothes in a changing room. On a train, I pissed off someone so much that they paid me to leave them alone. These opportunities are everywhere.

Whether you grew up in the 90s, or looked upon the era as an adult and fell in love with the movies or music, references to the decade are everywhere. The isometric style reminded me of ToeJam & Earl. The cutscene aesthetics harked back to shows like Saved by the Bell, Doug, and Rugrats. There are fake movie titles, off-the-cuff jokes, and more that all dive into the things that made the era so great. Kudos to Mighty Yell for throwing in a reference to Kevin Smith’s masterpiece Clerks, too. Honestly, the passion put in by the developers to make The Big Con a love letter to that time is wonderful. 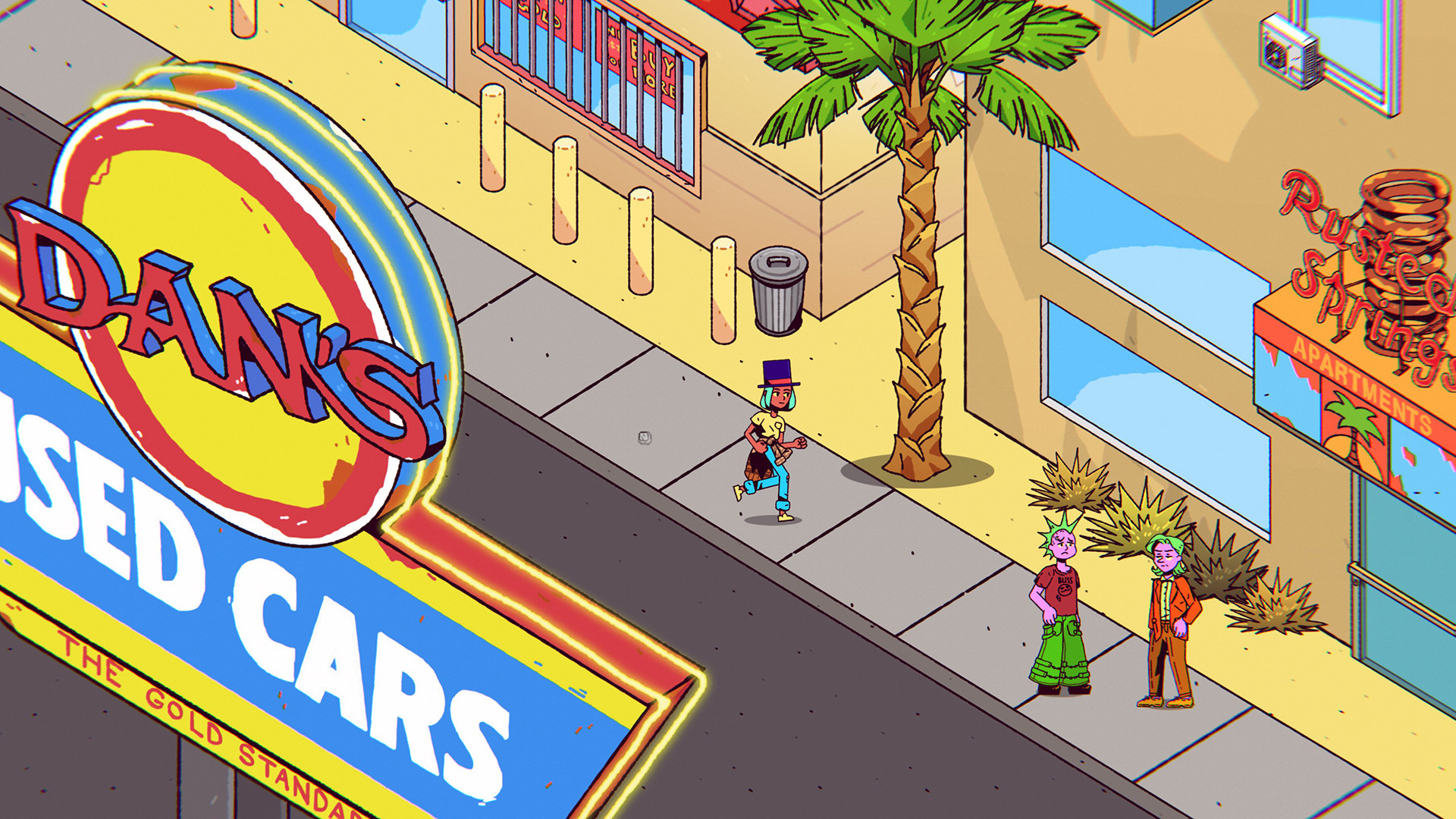 Whether you remember those days or not, The Big Yell looks wonderful. It is colourful and bold. Every area is detailed to the hilt, with tons of dialogue bubbles that make every NPC feel like they have a place in the world. As you progress further through The Big Con, areas get bigger, with more shops and buildings to explore, and more characters to try and steal from. Places never feel empty or unnecessary. Perhaps my favourite place was Las Venganza, a rich town where people have more money than sense.

CHECK THIS OUT: No More Heroes III has some great boss fights, but a poor open world

The Big Con: Heartfelt and funny

Regardless of the fact you’re stealing and tricking almost everyone you meet, The Big Con is a well-written story filled with humour and heart. The relationship between Ali and her mother is at the centre of everything you do. There’s also a smaller narrative in regards to a girl Ali has feelings for. Even Ted, the professional swindler and drifter that helps Ali on her journey has a story to tell that opens up the more you get to know him. It made me laugh a lot, and while the references are great, Ali is a lovable character that would fit well into many 90s teen movies. 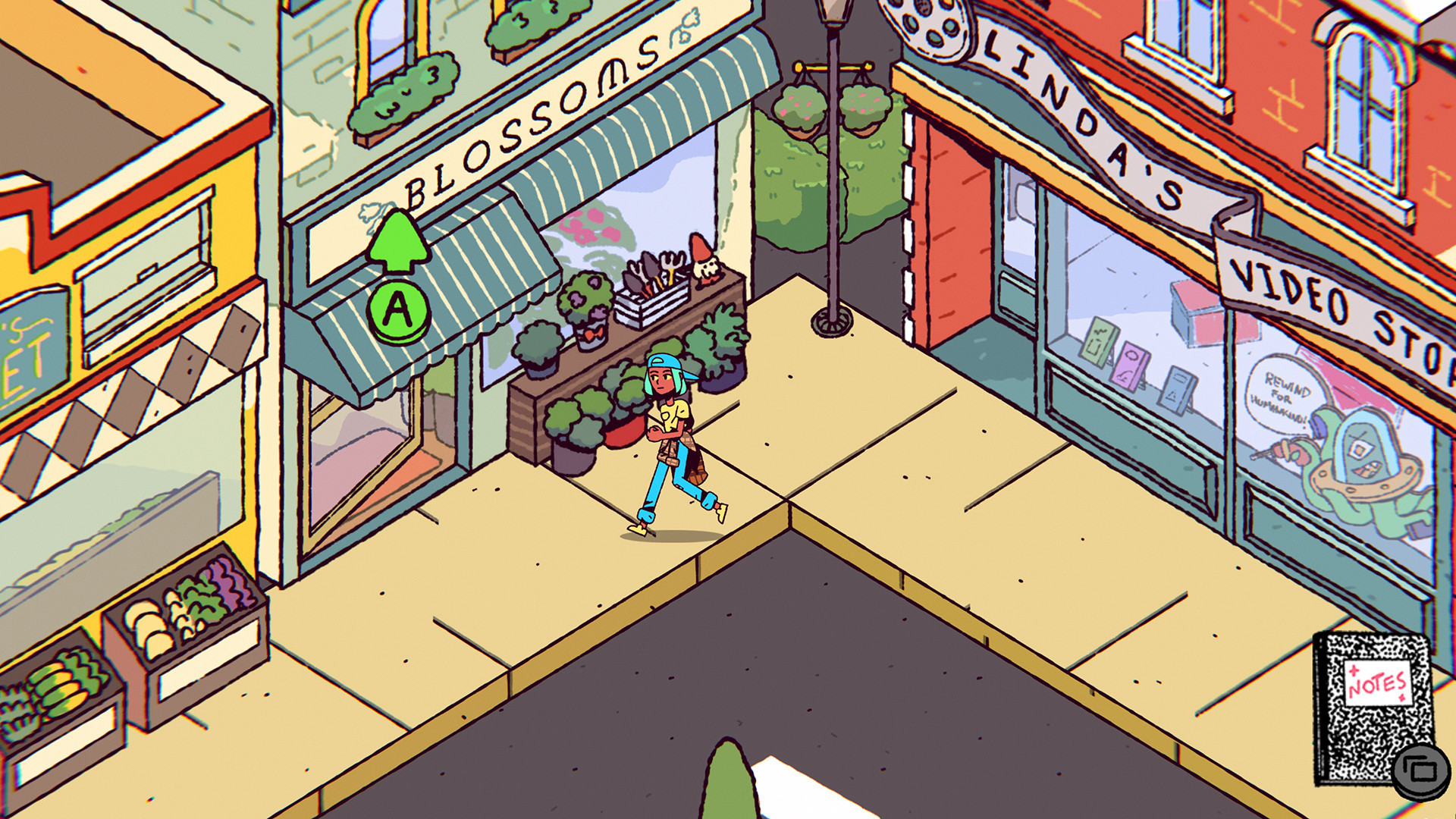 The Big Con is a wonderful adventure that pays homage to one of the coolest decades of all time. Featuring a story both funny and poignant, it ticks all the right boxes and features a vibrant America that us kids across the pond saw in hundreds of movies and TV shows from the era. While some of the pick-pocketing starts to grate the more you do it, the different ways to con people kept me interested throughout, with a wonderful aesthetic to boot. Also, Rad Ghost is one of the greatest video characters of recent years. Thanks for the fun times, Ali-C.

Pickpocketing gets a bit boring

The Big Con is a welcome nod to one of the coolest decades of all time, featuring some great writing, beautiful visuals, and fun gameplay.