previous
Batman: The Enemy Within – A Telltale Series – Episode Four: What Ails You Review
random
next
The Room: The Old Sins Review
0 likes 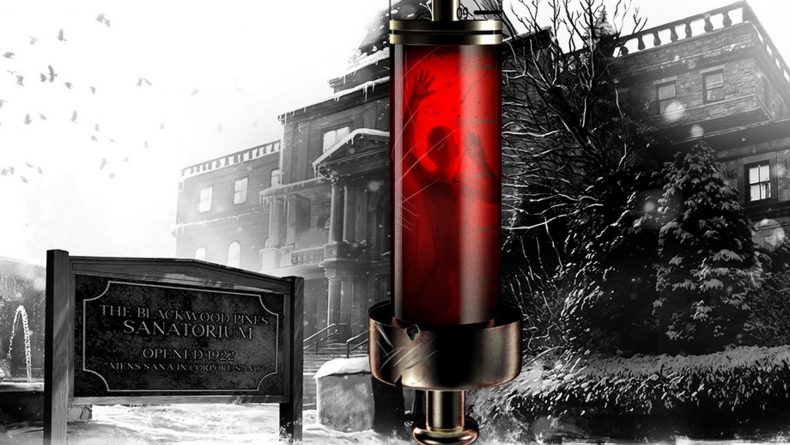 Having played a lot of VR over the last few years, it’s rare to see something new. When developers aren’t trying to make a shooting gallery, social space, or some other trend (there are already Battle Royale style VR games happening), the innovation and interesting new mechanics just aren’t happening often enough for a technology that is just so immersive and, well, cool.

With that in mind, it’s great to play a game that made me do not one, but two things for the first time. Kudos, Supermassive. Firstly, voice commands aren’t a new thing, but I’ve not seen it in VR, and The Inpatient allows for you to read the lines of dialogue to the other characters, giving an even deeper feeling that you are actually there in this space – this horrible, terrifying space, one that’s made all the more fear inducing thanks to absolutely incredible audio design.

Secondly, and almost certainly more importantly, it made me shut my eyes in fear. That’s the thing about VR, there’s no escape unless you take the headset off, or just close your eyes. The Inpatient is nearly a fantastic VR game. Nearly. Give or take, you’ll spend between two and three hours playing through the game for the first time, and the opening hour is genuinely frightening. As a patient at Blackwood Sanitorium, Supermassive is entirely successful as making you feel disorientated, lost, nervous, and scared. Who are these people? Why are you here? What on earth is going on? Set 60 years before Until Dawn, this is in every way a prequel that shreds your nerves because of the knowledge you have of that game.

You’re quickly introduced to the mechanic of finding collectibles which unlock memories of your past, and then to your cellmate who jumps from sane to insane at the drop of a hat. During this opening hour you will discover very little about what is going and why, but this works to the game’s advantage: it’s unnerving. You are clearly being doped, and this causes blackouts which allow Supermassive to flit in and out of time. Next time you open your eyes, it’s dark and scary and this has you on edge, to the point the first scare had me almost shit my pants.

In fact, The Inpatient messes with you throughout this opening sequence. There’s a phenomenal moment involving perspective which had me talking to myself, saying “I am not turning around. I am not doing this!” that ultimately made me take my first break. All of this is brilliant. Genuinely, there is no caveat here to the delivery of this opening hour, but the rest of the game is just such a let down from these moments. First of all, I found the movement of the game difficult to ever get a handle on. The standard options to have full freedom of the right analog stick or gradual degree turns are on offer. Despite my experience in VR, I ended up opting for a 45 degree turn motion, purely because the movement doesn’t ever feel right. Normally in VR if you look somewhere, your body will turn and you can walk that way, but that’s not the case here. You walk incredibly slowly, which is perhaps understandable and initially helps build tension, but coupled with the barely present strafing, it makes getting about rather cumbersome, causing frustration, not fear. Swapping to Move Controllers mitigates some of the awkwardness, but adds it in a different way, because it’s still difficult to move around in an intuitive, natural way.

There’s a very clear moment I’d say things go downhill, actually. After a certain jump scare (the last time the game made me feel scared), it becomes all about following people around. Discovery is still possible, but it feels weird to be told “follow me, quickly” and then ignore it. From this moment (which I’m deliberately not spoiling), you learn more about the story and the characters, and the butterfly effect choices start to take effect. It all culminates in a rather unsatisfying conclusion, purely because despite the early confusion, it gets a bit heavy handed and you realise what’s going on long before it’s laid out for you. On top of that, there’s an elevator sequence which is just poor. It freezes you on the spot for minutes on end, essentially using you as a movable camera to dish out narrative. The game looks good, and the motion capture is top notch (as it was in Until Dawn), but turning you into a motionless camera for that long removes all fear and immersion: you know you are safe, because it’s taken control away from you.

Despite a very cool post credits sequence, playing again for some different choices, and seeing a different ending, The Inpatient feels like a missed opportunity. It’s not bad by any stretch of the imagination, but the opening hour hints at a game it never quite becomes. For the price, if you own a PSVR headset, you can’t go wrong, and there’s definite replayability here, but it feels like two halves of different games.

Review code supplied by Sony.
Liked it? Take a second to support GodisaGeek.com on Patreon!

Second half really lets the game down
Movement controls are awkward

Despite an incredible opening hour, the second half of the game really falls off a cliff, and never quite recovers. If you have PSVR and like Until Dawn, it's a no-brainer, but it's not the "more Until Dawn" we all really want.