previous
Shin-chan: Me and the Professor on Summer Vacation - The Endless Seven Day Journey review
random
next
Ooblets review
1 like 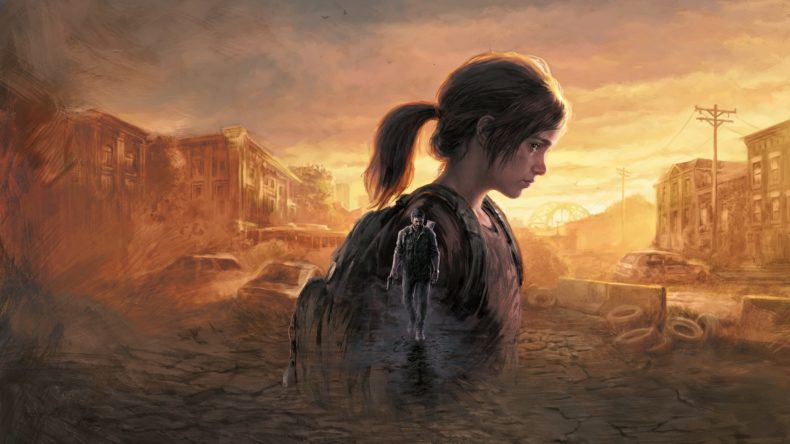 I’ve played through The Last of Us more than anything else in the thirty plus years I’ve been in love with video games, and there’s a reason for that. From the original released in 2013 to the PS4 remaster that arrived a year later, Joel and Ellie’s epic tale has been ingrained in my brain to the point I know it very well. Once again, now on the newest generation of PlayStation, Naughty Dog has remade it from the ground up using the latest technology, and to call it special would be an understatement. The Last of Us Part 1 is the best way to appreciate just how phenomenal the game truly is.

It would be easy to call The Last of Us Part 1 an opportunity to make Sony some easy money, but seeing just how impressive it is makes it obvious to see why Neil Druckmann and company made the decision to remake it from the ground up. It’s sequel from 2020 won multiple GOTY awards (including ours) for a reason. Naughty Dog harnessed a lot of the technology from it to make the original what it is in this remake to do things that could never have been done, and it feels like a brand new game. From the incredible visuals to its abundance of accessibility features, older fans and new are going to have a blast with it.

It was obvious from the very beginning, especially during one of the most famous scenes in the entire game. I don’t want to go too heavy into spoilers in case you are going to be playing for the first time, but it’s necessary to highlight just how impressive the facial animations are. With that being said, if this is your first time playing the the title, I am going to have to mention a very early game spoiler. When Joel is holding onto Sarah, his daughter, and the soldier pulls the trigger that sends a bullet into her chest, it was always heart-breaking to see the scene quickly unfold into tragedy, but with the acute realism now present, it’s even harder to watch. 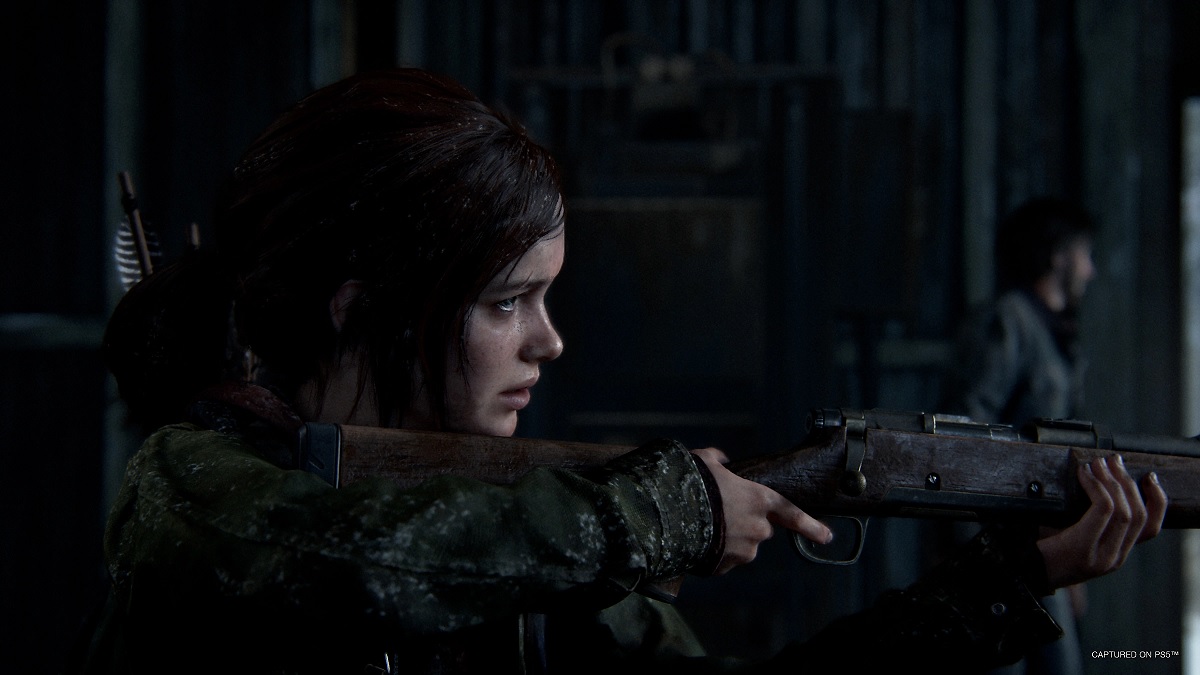 In Sarah’s dying seconds, you can see the pain in her eyes, the life quickly draining from her body. Her eyes tell you everything you need to know about the panic she’s feeling and the acknowledging glance at her father that she’s about to die. Then, as she takes her final breath, a tear trickles from her eye as her heart stops beating, and the air in her lungs leaves for the final time. It’s the way Joel looks at her in these final moments, the way Tommy watches on helplessly, and the way this poor girl’s fate is sealed because of an impossible situation that is the catalyst for everything that comes after.

These types of moments come throughout The Last of Us Part 1, and every time they hit differently than they ever did before. More detailed facial animations make everything more real, and more painful to watch. Naughty Dog has always been leaps and bounds above other developers when it comes to conveying emotions through character’s faces, but they’ve gone further in making them look almost lifelike now. The visuals are incredible in the environments, too. As grim and broken as the world around them is, it’s equally breath-taking how the smallest detail is brought to life.

I noticed these graphical changes consistently throughout the twelve or so hours playing through it. The way puddles of water rippled under my feet or leaves on the trees moved in the wind. How the light shone through the buildings and reflected off windows, or how cars moved under the weight of my feet after jumping on top of them. Then there’s the gruesome details I noticed, such as when blowing off a soldier’s head with a shotgun and seeing how bits of brain and skull stuck to a wall, slowly rolling down like those sticky toys shaped like men that move down a window. The Last of Us Part 1 consistently impressed me by just how good it looks. 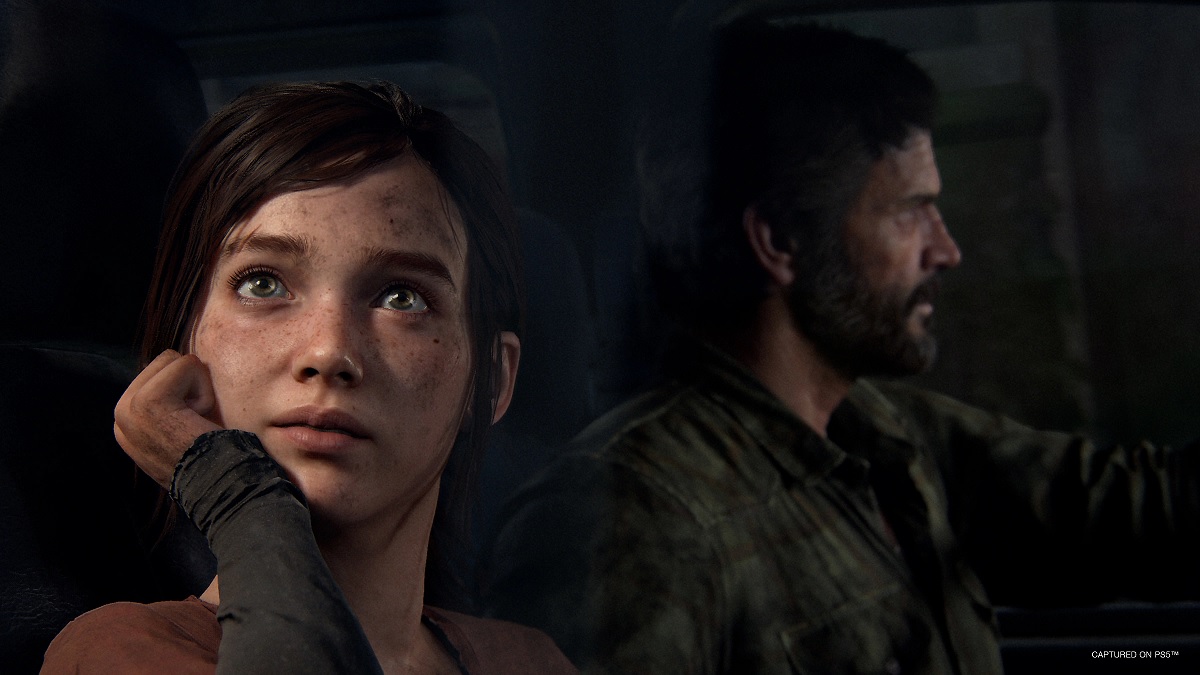 AI of enemies has also been vastly improved, and even replaying the same sections after death yields different encounters and attempts to clear an area. In one area before meeting Sam and his brother, I had to make my way through a hotel, and enemies were moving through the rooms, trying to flank me and communicating with one another in an attempt to take me out. These moments are more organic and refreshing to experience, especially as you’ll end up in multiple gunfights throughout the game. Even listening to where they are, or their movements highlighted just how the audio had been improved as well.

It’s even more terrifying when a pack of infected run at you unexpectedly, or the sound of a distant clicker can be almost pinpointed to a nearby room. Sounds are clearer and do a better job of keeping you on edge. The clarity in not only enemy noises but general environmental noises factor in to making the world around you feel more alive. In the fear-inducing moments or during calmer scenes, audio has been masterfully improved.

The technology on the PlayStation 5 has been utilised in every facet of The Last of Us Part 1. Haptic feedback is present continually, through all the different weapons and how they feel when pulling the trigger, the tension felt when using a med-kit, explosions from a nail bomb, the rumbling of a river as it crashes against rocks at the hydroelectric plant where you bump into Tommy. It’s yet another way in which Naughty Dog has harnessed the power of the PS5 to make the remake feel more authentic and immersive, proving this isn’t just some cash grab. 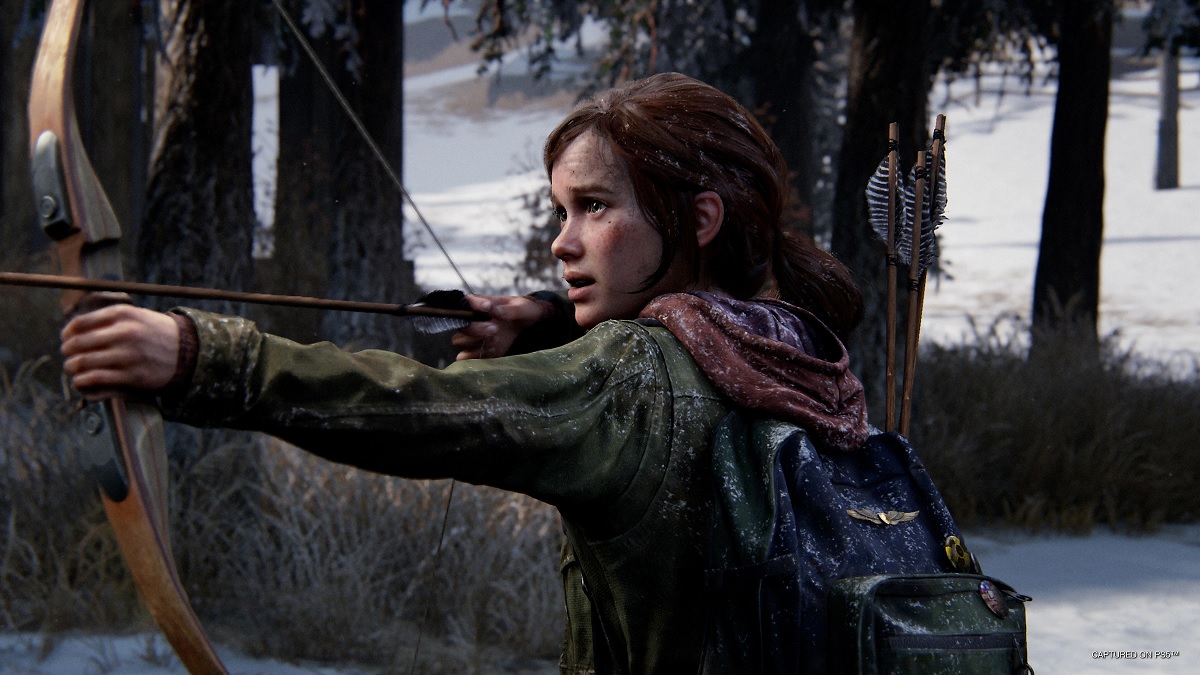 TLoU Part II featured tons of accessibility features, and there’re even more in The Last of Us Part 1. Personally I didn’t use that many, but there’re inclusions for all kinds of disabilities and needs, from audio description for visually impaired players to dialogue playing through the controller accompanied by haptic feedback for those who require hearing assistance. Naughty Dog wants everyone to experience this masterpiece, and it’s a real credit that so much time and effort has been taken to provide a wide range of options for players of all types.

The Last of Us Part 1 is so much more than another re-release. It is a remake in the grandest way, bringing everything that made the original special and improving every single aspect of it. Left Behind, the DLC that brought Ellie’s relationship with Riley to our attention has also been included, and it’s just as impressive. Visually, the whole package is incredible, standing side by side with the best titles on PS5. Various audio improvements and technological enhancements made me fall in love with the game all over again, and I couldn’t help being impressed constantly. The best game on PlayStation 3 that became the best game on PlayStation 4, is now, quite possibly, the best game on PlayStation 5.

The Last of Us Part I is a technological marvel, making Naughty Dog's classic story of survival better than it has ever been before. The visuals are sublime as is the audio, and all of the other changes make this well worth playing all over again.