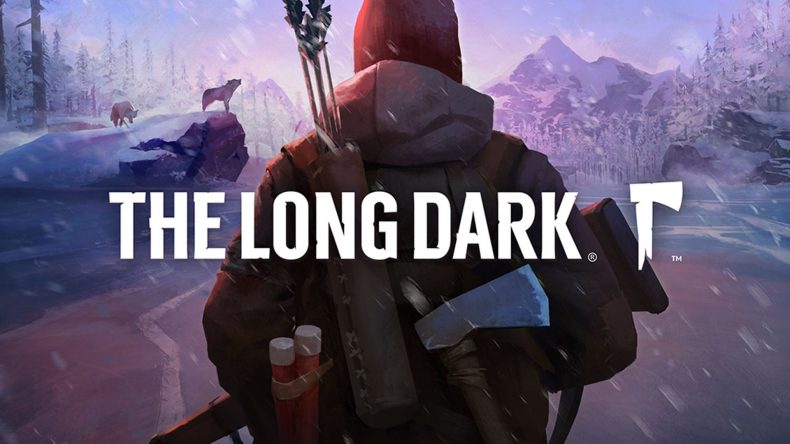 “When the snow falls and the white winds blow the lone wolf dies, but the pack survives.”

You are the lone wolf and winter is here. But it isn’t the White Walkers you have to keep an eye out for in this land of Ever Winter. Your foe is the cold. The unrelenting, unwavering, blistering cold. The cold that burns. The cold that kills.

The Long Dark is, perhaps, in a genre that is overloaded with pretenders, the one survival game that stands head and shoulders above the rest. From the very moment the soft and sad piano (which gives me frustratingly indescribable feelings) begins to play and the strings start to swell there’s immediate emotion here. There’s feeling.

In The Long Dark’s survival mode you choose your difficulty and then one of seven different regions of varying difficulty, as some will have more shelter, supplies and ravenous wildlife than others, and then you’re dumped in the middle of Northern Canadian wilderness. What you do from there is up to you. It’s cold and getting dark, the supplies you have will depend on the level of difficulty, but regardless you’ll need to find more before long. So it’s time to go scavenging and exploring in this beautiful winter wonderland. The beauty that holds nothing but danger. Your HUD is clean which gives a deeper sense of immersion but when you bring up your action wheel you’ll have five meters which must be kept from emptying in order to survive. Temperature, thirst, hunger, tiredness, and health. Balancing these and finding enough supplies to keep them full is what your survival depends on. That and not getting torn to shreds by a grizzly, of course.

What immediately struck as I began to wander the stark wilderness was how my anxiety was slowly raising. My eyes were flickering across the screen, constantly scanning the horizon for salvation and danger. My ears straining to hear but oh so desperately wanting to hear nothing at all. The wet snap of a twig. The piercing howl. Sweaty palms are a certainty. It’s draining, the constant inky dread in the pit of your stomach just waiting for the inevitable end. Even when I found an abandoned factory, I may have been sheltered, but the constant creaking and the dark, claustrophobic corridors had me running back to the snowy wilds – where at least nothing would jump out at me from behind a corner.

Creative director Raphael van Lierop names the equally bleak Cormac McCarthy novel ‘The Road’ as one of the key inspirations and it’s so easy to see the parallels. You walk for hours in nothing but grey death and then when you find something as simple as a can of pop it’s cause to get the party hats out. When you finally stumble upon a nice, safe cabin to stay the night, well, it’s enough to bring tears to the eyes as you can finally lower your guard and relax. Make no mistake, The Long Dark is brutal. Stupidity, oversight, and the “oh I’ve got enough time and supplies I’m sure I’ll make it” attitude will wind you up dead. On my first day, on the easiest difficulty and the easiest map, I accidentally walked in fire and burned myself and then got caught out in a storm when trying to get to a mountain top cabin on the horizon. I slept in a weather beaten bus and died of the cold in my sleep. The unforgiving frostlands is what makes The Long Dark so compelling, because it’s pretty close to what I imagine really being stranded in the Arctic Circle would be like. I very much doubt I’d survive a night there either.

The Long Dark has been in early access for years and is finally being released with a new feature: the (very) long awaited story mode comprising of two episodes, called Wintermute. The premise is the same, you’re stranded after your plane goes down in a strange electrical storm. Though this time we have characters, divorced couple Mackenzie and Astrid, with a murky past and a strange suitcase. The narrative and dialogue are nothing new but are propped up by the amazing music, but Wintermute offers a nice change of pace and some direction for players alongside some very nicely drawn cutscenes. Those who are already veterans may find the early stages (which act as a tutorial) a bit of a drag, though. With three more episodes promised to come it’s nice to know The Long Dark will continue to be supported long after release. Wintermute, however, just doesn’t compare to your own unique stories that organically unfold. Your own tales of struggle and survival. For instance, after first spawning I found a rifle within minutes and I couldn’t believe my luck. I equipped that bad boy and held it close, feeling a great deal better about myself with a bit of protection. Then the moment finally came. I hear the pitter patter of footsteps first and then the agonising howl. I turn around and a wolf is rushing towards me. Closer. I lift my rifle. Closer. I wobble in panic. Closer. I steady my aim. Closer. Deep breath. Closer. I shoot.

It’s a shame that The Long Dark’s performance on PS4 (at least for now) is a bit ropey. With fairly often occurrences of slow downs and frame rate drops, the long-ish loading times when entering and exiting buildings also serves to rip the player out of immersion.

And yet, The Long Dark is quite possibly the King of the survival genre as no other has created such an authentic representation of what it would truly be like to be out in the deadly wilderness all alone. It builds tension and dread like the best of the horror genre, but it does so without monsters created in the most dark of imaginations, and simply uses what nature provides.

In a genre which is suffocating, The Long Dark stands out among the crowd as perhaps the best. Brutal, unforgiving survival wrapped up in a very plausible scenario where beauty kills.

The Long Dark’s “4 Days of Night” Coming For Halloween

The Long Dark will finally release this August