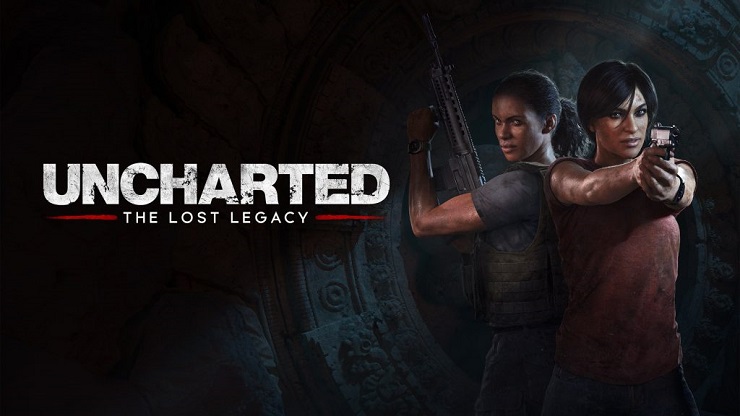 When Uncharted 4 ended, I never thought I’d get to see another adventure as grand as that one. It was the pinnacle of visuals on the PlayStation 4, and not only did it look gorgeous, it had all the heart, humour and excitement the series is known for. I assumed that final journey with Nathan Drake and friends would be the last, or at least the last one for a long time, and so, with a heavy heart, I tried to move on. Thankfully, Naughty Dog had a new plan in mind. It may well have be the end of Nathan Drake, but it certainly wasn’t the end of Chloe Frazer, Nadine Ross and Uncharted. For years, Chloe was a fan favourite, someone who had the cheekiness and sass of Nate, but could also hold their own in a gun fight. Nadine wasn’t featured heavily in A Thief’s End, but what we did see had us wanting to learn more about her. She was a bonafide badass, and she could kick Drake’s ass with her hands tied behind her back.

Uncharted: The Lost Legacy sees the two women unite for a brand new story, set after the events of Uncharted 4, as Chloe travels to India to find an artefact known as the Tusk of Ganesh. It’s a fairly standard plot, where the discovery of an artifact takes centre stage, however, there’s much more at stake, and a personal mission where Chloe must find not only the prize, but herself. Right off the bat, you’re shown the severity of the situation in India, with soldiers beating up civilians, and cities burning to the ground. The initial scene is stunning and disturbing in equal measure as you walk through the streets and see the unrest first hand, and Naughty Dog’s brand of design blows you away just as it always does. The relationship between Chloe and Nadine is the series’ best. At first it’s strictly business, but the further you travel and the more you discover, the two grow closer and become much more of a power couple than business partners. The dialogue and voice acting is superb on both sides, with some beautiful conversations had whilst you’re driving through the stunning jungles of India. Nadine constantly corrects Chloe if she gets something wrong, and likewise, Chloe will mock Nadine if she’s being too nerdy, like calling a catapult a trebuchet. There are also some great moments the two have when interacting with the world, such as Nadine getting frustrated with Chloe lockpicking so she just smashes the window, and Chloe refusing Nadine’s help when climbing up a mountain. You really feel them getting closer as the story goes on, with subtle lines acted excellently, especially by Claudia Black.

Of course there are nods to the series, but Uncharted: The Lost Legacy is about new beginnings. Mechanically, the game feels very similar to U4, however, there are a few new bits to make Chloe feel like a different character to control. Lockpicking is seldom found in the game, but you normally use it to open a weapon cache or a locked door. You’ll also use a piton much like Lara Croft in the Tomb Raider reboots. It’s second nature swinging from tree to mountain side with your grappling hook, or sliding down a collapsing building followed by an almost impossible jump onto a distant roof, and trying to take control of a moving car once jumping from a speeding train all feels familiar. It plays like a dream, and it’s such a joy to play. Whilst there are other characters, you never play as anyone else, which is fine, because this is all about Chloe, her past, and her future. There were times whilst travelling across India where I had to take a minute. Yeah, Uncharted 4 was stunning, but this is better. Riding over rough terrain and finding a flock of flamingos take flight as you drive through them, whilst two glistening waterfalls flow down the side of a beautifully green cliff. Facial animations are incredible, and seeing Chloe bite her tongue, or Nadine roll her eyes at some wisecrack is a real treat to behold. Nobody does animation like Naughty Dog, and I doubt anyone will be able to match this kind of quality for a long time.

Along with exploring caves, mountains, tombs, and everything in between, puzzles in The Lost Legacy feel much more complex than they ever have before. Many are layered, or tricky to work out, especially the one involving the shadows of the Indian Gods and their golden structures. There’s another with huge metal statues swinging axes as you jump over small square platforms. Hell, even thinking about them brings me out in cold sweats. They don’t take forever, but they are much more time consuming than previous games, and I’m very grateful for that. It makes the game last much longer, and helps to flex those brain muscles that have been relaxed a little by shooting enemies and traversing the environments.

The enemy Asav is a very naughty man, who won’t leave the two female leads alone. He’s smart, strong, and deceptive, looking more like a geography teacher than a criminal mastermind. The soldiers working for him follow the typical mould of previous games, but that’s fine as they were never much more than cannon fodder. Both Nadine and Chloe are strong characters that don’t need to get their knockers out or seduce men to get by, and that’s why I love them both dearly. Even when a man joins the mix later on, they still choose to work together regardless, and don’t let anything come between them, or try to outsmart them. This is Chloe’s story, but it wouldn’t mean anything if Nadine Ross wasn’t a part of it.

The game is yet another masterpiece from Naughty Dog, and it goes to show we don’t need Nathan Drake to make a great adventure greater. It’s also worth noting the game clocks in at around 7 hours, but could easily last longer if you looked for the treasures and secrets the game has to offer, however, I wish it was longer as I feel there was more of Nadine’s story to tell, but I’m greedy. I hope they never stop making Uncharted games as long as I live because I love them so much. I love the thrill of it, the bonds built, the set pieces that unfold, and the world than exists in the deep recesses of civilisation, whether it’s a 100 or 1000 miles away.

Buying this game from Amazon helps the site: click here.
Liked it? Take a second to support GodisaGeek.com on Patreon!

The final level
Wish it was longer

If you've missed the series, this is the perfect conclusion in every way, and I hope this is the start of a brand new saga in Uncharted's own legacy.