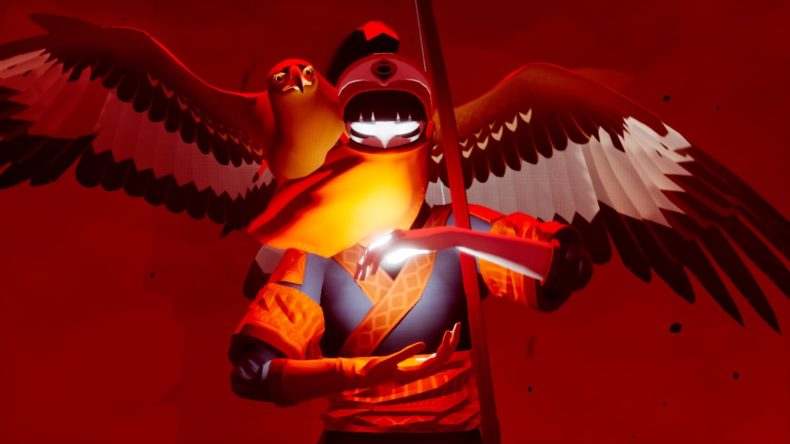 Within minutes of booting it up, The Pathless is living up to its name, dropping you into the shoes of the red-garbed acrobatic archer known only as the Hunter with very little direction. All you know is that you’ve got a job to do, and you’re the only one who can do it.

The Hunter’s world is in turmoil: the gods have lost a great war against an enigmatic evil known as the Godslayer, and are now corrupted and imprisoned within mighty storms that burn everything in their path. The only way to free them is to travel to each of their realms and ignite three beacons, which halts their migrations and allows you to enter the storm and free them from their corruption. 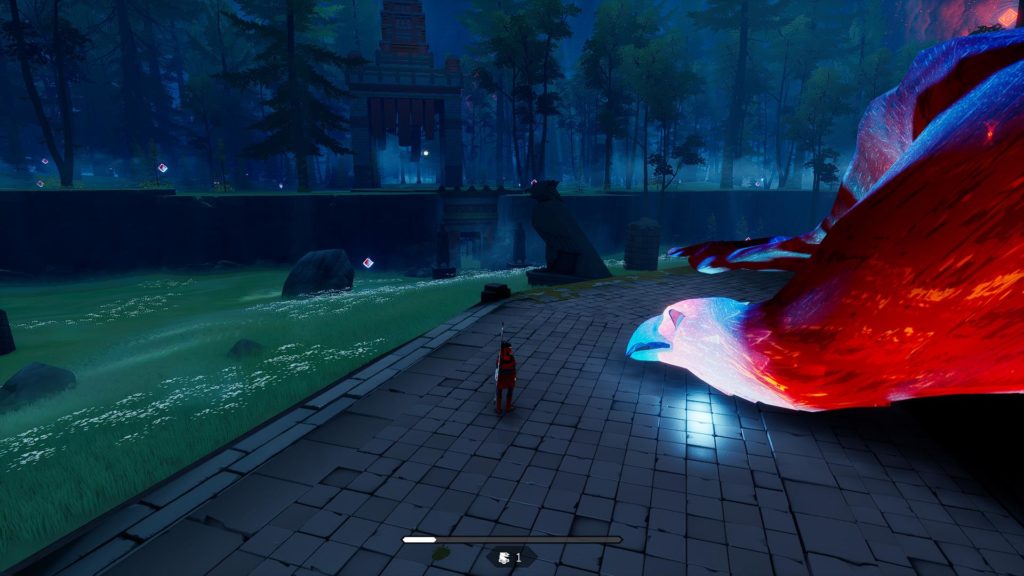 I’ve been reaching for games to compare The Pathless too since I started playing it, and there are certainly games you could call on. Abzu, for a start, which comes from the same developer; maybe even Breath of the Wild given the focus on freeing monolithic ancient gods from captivity. But honestly, so much of The Pathless feels unique that it wouldn’t be fair.

The Hunter has her bow and arrow, but instead of it being an offensive weapon to power up and arm with an arsenal of magical arrows, it’s instead a tool for moving swiftly and gracefully across the world. Holding down the sprint button burns your energy, but the landscape is littered with floating talismans that boost your speed and refill your energy when you shoot them. The more you shoot, the faster you move, and if you hit one in mid air it’ll boost your jump, too.

It’s hard to describe the pure joy of movement in The Pathless. It’s stunning, propelling you across vast distances with acrobatic flair, making the bow and arrow far more than a mere weapon. Although, it still is one of course, and during the multi-phase boss fights you’ll use it to shoot at nodes of corruption on their bodies to burn away the darkness. Each fight is a massive undertaking that requires quick reflexes and strong resolve. That being said, this is not a game designed to be challenging in its combat, and there are very few fail states to worry about.

Between these fights you’ll explore the realms to find the keys to each beacon, and solve environmental puzzles alongside your trusty eagle companion, who can carry you across gaps, activate switches, lift you up to higher levels (if you have enough golden energy stored up), or carry heavy boxes to trigger pressure pads. Most of the puzzles involve either the eagle, your bow, or both, including some cool archery quandaries that require you to shoot through flames to ignite distant torches or hit multiple targets.

It’s a very vertical world, allowing you to make use of your glide ability, or to simply survey the land around you for the next objective. A magical visor allows you to activate the Hunter’s Spirit Sight, which can reveal secret pathways, hidden targets, or help you to pinpoint the distant beacons. That being said, though, an awful lot of The Pathless’ world feels like wasted real estate. It’s refreshing that it’s not filled with pointless filler, but a few hidden collectables or challenges wouldn’t have gone amiss, just to provide a tangible reason to explore the realms more deeply.

Really, the only real danger in The Pathless comes in the form of the storms themselves, which move around the map and will ensnare you should they draw you in. At this point your eagle will be incapacitated, and you’ll need to sneak to it and revive it while avoiding the searchlight-like eye of the corrupted god that has trapped you. These moments feel tense and exciting, breaking up the extended periods of puzzle-solving, but sadly the tension begins to ebb away when you realise that they, too, are no real threat. Failing one simply spits you back out into the world, and all you have to do is dust the corruption off your bird and you’re good to go. 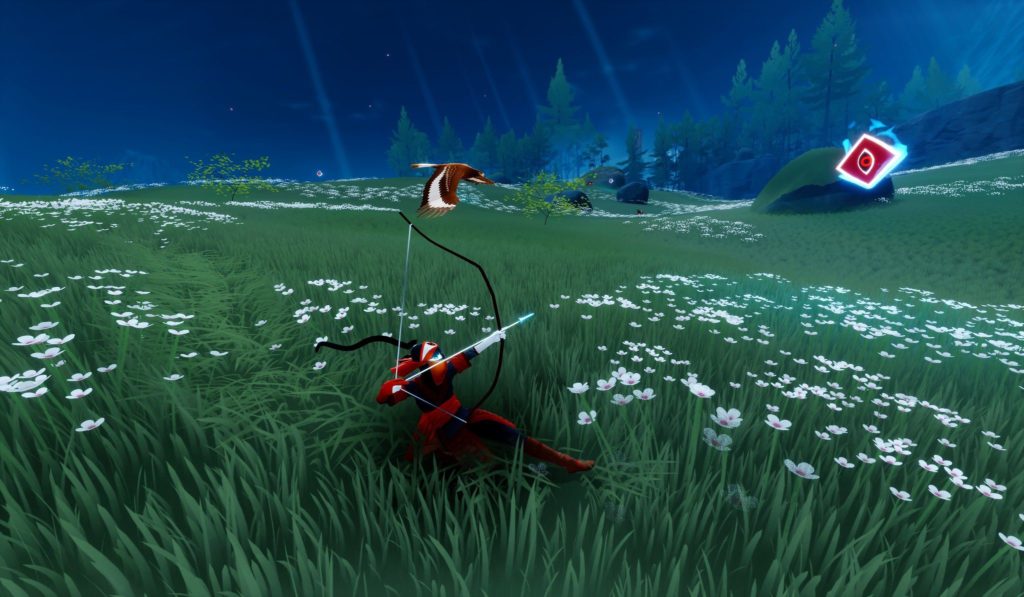 The Pathless, then, is a beautiful, unique and joyous adventure, but it lacks any real threat. Boss fights offer bursts of challenge that force you to think on your feet, wonderfully at odds with the relatively calm puzzling that fills your time between, but even then, the lack of a real fail state drains away much of the tension to leave only the exhilaration of taking on such huge, mighty beasts – which in itself is not necessarily a bad thing.

Giant Squid have created a beautiful world worth getting lost in, a cause worth fighting for, and a hero worth following. The movement and archery elements are sublime, while the puzzles will challenge but not confound you. It’s effortlessly playable and utterly charming, and it does it all without unnecessary violence and bombast. If you want an adventure to lose yourself in for a few hours, The Pathless is the way to go.

The world feels a little empty
Not a great challenge

In The Pathless, Giant Squid have created a beautiful world worth getting lost in, a cause worth fighting for, and a hero worth following.