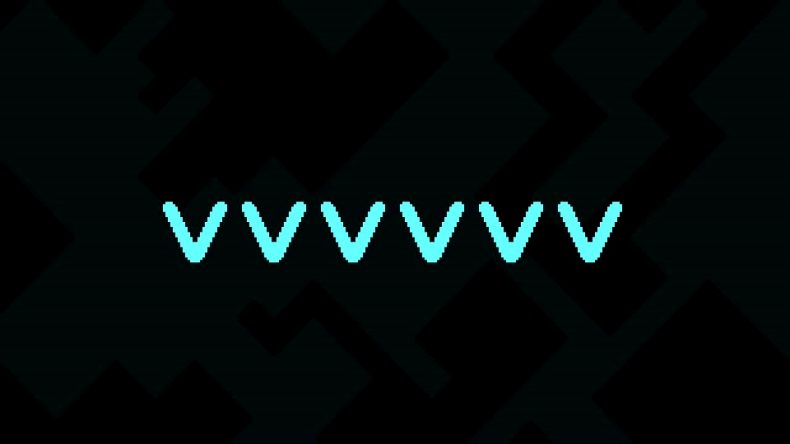 VVVVVV is a very interesting game for me. It was actually one of the first few games I got on Steam after a friend convinced me to create an account around the time Humble Bundles were actually worth looking forward to. It has been over 6 years since I played VVVVVV on Steam and it has seen a ton of ports ever since. Terry Cavanagh is best known for this game and Super Hexagon and VVVVVV is easily of the indie classics that everyone needs to experience.

Despite having already played it, I ended up getting this on every platform I owned. There’s a lot I loved, but it was interesting seeing minor differences in ports across different platforms. The Nintendo Switch version from Nicalis sees some improvements that aren’t on other platforms and an exclusive co-op mode. You play as Captain Viridian who evacuates a spaceship along with a crew that goes missing. After an incident involving a teleporter, everyone is split up and you need to find the rest of the crew. While this is a platformer, there is no jumping per say. You can either move on the left or right, and have the ability to reverse gravity causing you basically fall to the top or bottom of a particular area. The genius of VVVVVV outside of the addicting soundtrack and the charming visuals is in the level design. Mechanics are introduced to you gradually and while the game will feel difficult for many, the checkpoint system is very lenient. This allows for some great pickup and play when you want to spend a bit of time here during commutes. There is a lot of trial and error, but it is all worth it.

Flipping through intricately designed levels with unique enemies and some genuinely frustrating moments on the Switch reminded me of how much I love this release. November’s been really crowded release wise and I hadn’t even planned on reviewing VVVVVV. Seeing the icon on the Switch eShop was enough to get me to buy it for the 5th time and it turned out to be a great decision because this is actually the best version of the game. For one it is the only version that plays at 60fps. The original release and all ports after were locked to 30fps. This isn’t some graphical showcase or anything, but it is nice to see some additions to a 6-year old game for a new platform. The other Switch exclusive feature is co-op mode. You can play with a friend together on the same screen and resume single player at any time. If the gameplay is too difficult, there are some accessibility options to make it a walk in the park if you just want to explore without worrying about checkpoints or dying.

2010 saw some fantastic indie games and most of them had great music. Souleye’s score here is a classic. There have been multiple arrange and remix albums since its release and it works brilliantly in conjunction with the C64-like visuals. Even if you don’t end up buying or playing VVVVVV, give the soundtrack a listen. While I get why it wasn’t implemented, I was hoping to see a widescreen version of this game at some point. It would probably require too much changing to the levels given how some of them are connected to others. The length being only a few hours will also be an issue for some given the price.

I’d love to see Nicalis do a physical release of this at some point. They’ve been great with Cave Story+ and The Binding of Isaac: Afterbirth+. If you’ve already played VVVVVV, I’m not sure if the co-op and 60fps are worth a full price purchase again. For everyone else, this is an indie classic, albeit a short one, that plays best on Nintendo Switch and a cracking experience of a game.

A bit too short

VVVVVV on the Nintendo Switch is the definitive version of Terry Cavanagh’s classic with an exclusive co-op mode and better performance than the other versions.

The PlayStation Plus December lineup just got revealed