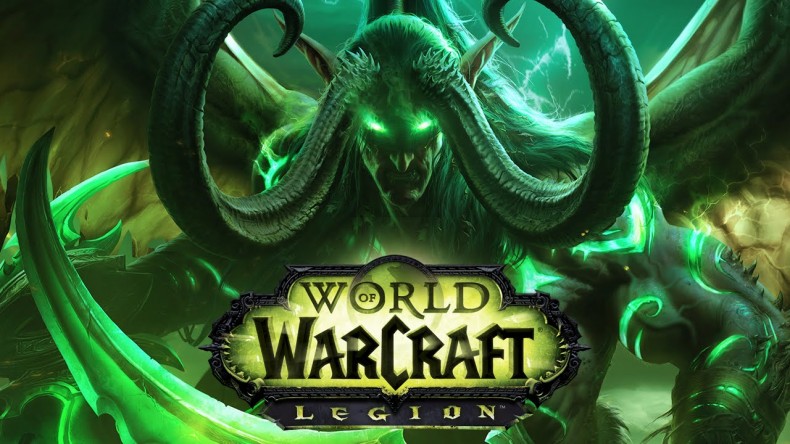 When it comes to MMORPGs, it’s impossible to ignore World of Warcraft. Twelve years it’s been going, and Blizzard doesn’t seem to be running out of ideas for its ever-expanding world and the denizens of Azeroth. Over the course of our journey we’ve slain dragons, pushed back the Burning Legion, stopped Arthas cold, ended Deathwing, played with Pandas and built our own war effort. With each expansion Blizzard has learned from what has gone before and improved things time and again; with Legion this is possibly the smoothest yet.

The pre-expansion event saw us lose series stalwarts Tirion Fordring and Varian Wrynn, both of them powerless to turn the tide against the Burning Legion, but leaving a world full of hearty keyboard warriors to attempt to turn things around. Major character deaths have been few and far between in previous expansions, but there are lots within Legion’s quest lines, and you’ll be playing through wondering who’s going to bite the big one next.

Once you’re through the formalities you’re swept along on a quest specific to your class to obtain your artifact. Artifacts are special weapons from Warcraft’s history unique to your class and specification, so Paladins get their hands on Fordring’s Ashbringer, Shamans can grab Thrall’s Doomhammer, while Deathknights will see themselves hunting for parts of Arthas’ Frostmourne to forge new swords. From this point onwards there are no new weapons to gain from quests; instead you get items that provide “experience” for your weapon, and relics that unlock new traits. While you complete Legion’s storyline quests you’ll unlock different colour and pattern customisation options for your weapon too, so there’s plenty of tweaking available to ensure that not everyone will be carrying the same thing, although preferred raid speccing will probably result in many identical builds where PvE is concerned.

Artifacts are curious things, though,: you’re able to pursue a second one at level 102, but you are essentially locked into a single spec for levelling until you can acquire more. It’s a danger of scaling back a burgeoning weapon system where the designers were probably beginning to run out of ideas for new, more ludicrous looking death-dealers, and while the second artifact idea is a decent concession, the fact that many players won’t realise this means some will be stuck in a spec they’re not keen on until the penny drops.

Along with your artefact you’re provided with a “Class Hall”, which acts much like the Garrison from Warlords of Draenor, except other players who share your class are wandering around too. Here you can recruit troops, send them on missions and undertake class-specific quests. It’s essentially your hub of operations and grants you the opportunity to choose how you want to tackle Legion’s quests; that’s right, there’s no fixed structure to how you go about following the questlines. Don’t worry about monsters being above your level though, as those clever guys at Blizzard have ensured that the creatures you face will scale with you, essentially instancing each enemy to the individual and ensuring that you’re never flailing behind much stronger enemies. But, you may recall I wrote a little bit about how I tried going back to WoW and ended up hating it? I cited WoW’s chorelike quest system and inability to reconcile the loneliness it can foster. Well, Blizzard has addressed that too. As you move from point to point, tackling the quests before moving on elsewhere you’re very rarely on your own, and I don’t just mean other players. Frequently the quest lines will see you paired up with an NPC or two of your level or higher as you go against powerful elites and even “?? Boss” types. During these moments the NPCs constantly chatter away offering up tidbits of exposition, lore and light humour despite the bleak times around them. So, even though you are questing alone, it never really feels like it.

The locations continue Blizzard’s tradition of creating amazing looking worlds for their players to inhabit, lush woodlands, desolate wastes, towering castles, sparkling magiscapes; despite being rendered with very little geometry they’re stunning to walk through and fly over. Every location hides elements from you, and changes as you peel back the curtain to see what’s hidden behind the next rise. It’s all so exquisitely done that you can’t help but be impressed. Much of what I saw took me back to my Vanilla WoW days in Ashenvale and brought back stark memories of The Burning Crusade, just without the crippling server problems and fighting over mobs. People who have neglected crafting skills will also find that they can jump straight to the top of their chosen professions in Legion, granting them the ability to skip all that has gone before and just focus on the new stuff. It’s a solid idea, meaning that people don’t have to be put off by the profession grind to be able to actually create items, a thing I’ve been guilty of in all of my days within the game. It may piss off a few long-serving people who paid their dues and worked hard from the bottom, but it’s a way to appease the newer, less time-rich player. The grindy nature that permeated the game’s structure so much during Warlords of Draenor is still present, but Blizzard has masked this so well by structuring each area’s quests like one long over-arcing story-line, that pushes you from plot point to plot point uncovering side-quests as you meander around the map.

Instances are considerably longer and filled with inventive touches that bring to mind events around The Burning Crusade and parts of Vanilla raids like Blackwing Lair; there’s plenty of them too. They bookend many of each area’s storylines and set things up for bigger fights in the game’s raids and ‘Mythic Dungeons’. These ‘Mythic Dungeons’ are another nod to WoW’s early days tasking players with the need to attune themselves to enter, and to make sure they are sufficiently geared to ensure survival. Regular questing should see you hit level 110 with an item level of around 800, with a further twenty-five levels minimum required to even be considered for participation.

This high bar for entry may sound off-putting for some but considering loot rewards from quests are numerous, and the cross realm functionality of Looking for Group/Raid it’s now even easier for people to get into groups so they can acquire decent gear. Granted, the best instance content is still reserved for guilds and requires immense planning, but the way Blizzard scales everything to suit different ways of play is amazing, and the way they’ve applied this to the way questing in the world works is nothing short of brilliant. The longer I stay in WoW Legion the more I become convinced of how dangerous it is for a former addict like myself. This is the closest the game has come to the heady days of Vanilla WoW and the best expansion since Cataclysm. It’s brilliant, annoyingly so; because I know if I allow it to I could lose myself in the game all over again, and that is something I cannot afford to do.

Legion is truly an expansion for World of Warcraft’s long term fans, lapsed fans and for newcomers. While changes like artifacts may seem weird initially they really do simplify the process of gear management, and micro-managing your hero hall is just another in a long list of ways to lose yourself in Blizzard’s newly redesigned Azeroth. The work here exemplifies why World of Warcraft has been the MMO to beat for so long, and why it has yet to be bettered. There really is none better than Blizzard.

World of Warcraft hits new heights by killing off its past while also taking inspiration from it, this is by far its best expansion.