Here are Four Keyboard Apps for iOS 8 users to consider 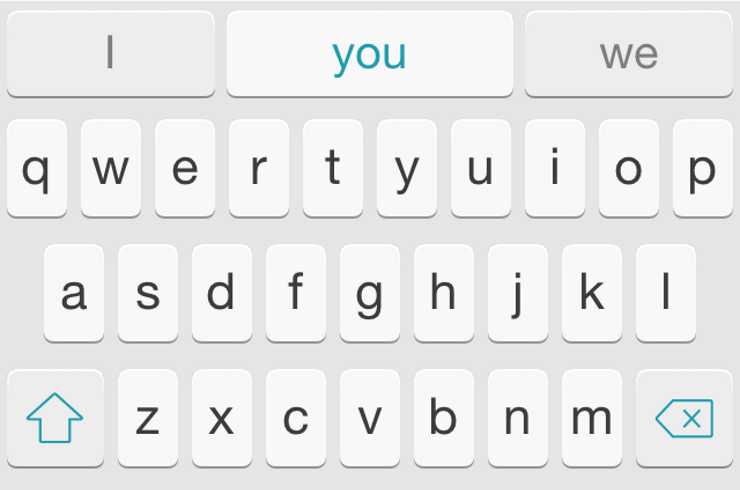 Custom keyboards is one of the stand-out features with iOS 8. Having the ability to switch keyboards is something Android users are all too familiar with. It is great to see iOS also now support third party keyboards. In the few months since iOS 8 has been out, the number of keyboards to pop up is downright shocking. I didn’t think we’d see keyboards that take care of almost everything you can think of get released this quickly but that’s the strength of the iOS app ecosystem. Here are four keyboards you should consider for your iOS 8 device.

Swiftkey is probably the most famous custom keyboard available on Android. Its prediction features are great and it is plain awesome overall. SwiftKey brings everything great about the Android keyboard to iOS 8. It learns as you type and actually improves really quickly. It supports gesture typing as well. SwiftKey lets you type in two languages at once while offering the same great predictive experience. For people using iOS and Android, there’s SwiftKey cloud to sync the great predictions across all your devices. I’m disappointed by the lack of themes on iOS compared to Android where there’s a full store for themes. SwiftKey is available for free on the App Store.

Swype and SwiftKey are compared very often Swype, as the name suggests, supports gesture typing and it even offers the other keyboard layouts like AZERTY and QWERTZ. My favourite Swype feature is how it can suggest emojis based on what you’re typing in its predictive bar above the keyboard. It has a few themes but only 2 of them look good. Compared to SwiftKey, I find Swype buggy but most of the bugs on third party keyboards right now can be blamed on Apple for the implementation of them on iOS 8. Swype is usually $0.99 on the App Store but it is part of Apple’s free app of the week promotion right now.

Fleksy’s approach is a little different to Swype and SwiftKey. It takes a bit of getting used to but gets the job done great even if you type in a complete sloppy manner. Fleksy makes heavy use of gestures. Instead of lifting a thumb to tap the space bar, swiping to the right adds a blank space. Similarly, swiping to the left at any time is used to delete. When it comes to interface options, you get to customize the colours and even size of the keyboard. Out of all the keyboards available, this one takes a bit of getting used to thanks to its unique implementation compared to other standard third party keyboard. After the burn in period as I like to call it, Fleksy will become an important part of your workflow. Fleksy is available on the App Store for just $0.99.

While most people are fine with using emojis during conversations, having access to a library of GIFs is more fun. GIF Keyboard by Riffsy lets you send GIFs inline to people over iMessage, WhatsApp, and even Twitter. It has its own library and lets you add and create custom GIF collections for easy access. GIF Keyboard is available for free on the App Store.

Mikhail is what we’d call our “iOS App Specialist”. Need help finding an app, leave a comment and maybe he’ll feature it next time.