Halloween comes to GTA Online with new vehicles and modes 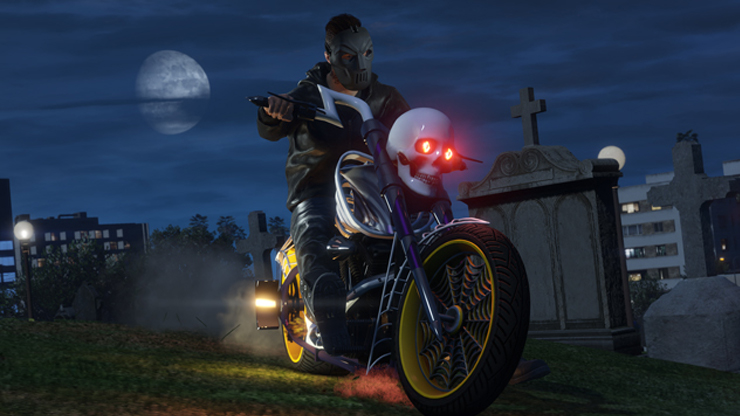 This event includes new vehicles and modes. The LCC Santus Motorcycle has glowing red eyes. There’s a new Lost vs Damned Adversary mode that has matches that last for a minute with various advantages granted. There’s even a double GTA$ and RP in Lost vs Damned that will go on until November 7. In addition to those things, you can unlock themed tshirts. This will also be GTA Online’s three year anniversary so there’s a 30% discount for certain vehicles and weapons. A full list of anniversary content is available here.