Marvel vs. Capcom: Infinite announced for 2017 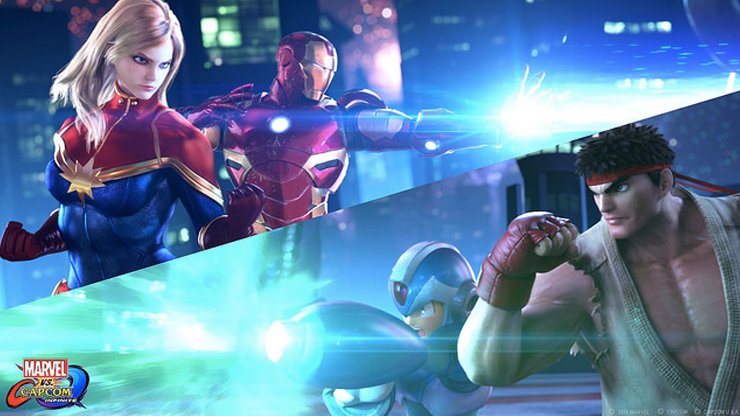 PSX had Marvel Vs Capcom: Infinite announced along with a nice surprise.

Marvel vs. Capcom: Infinite has rich single player and multiplayer modes and content. It is also accessible for new players. As expected, there will be a cinematic story mode. Here are the features:

Reborn Rivalries: Universes collide once again in this all-new crossover clash for the ages, where players select their favorite Marvel and Capcom characters and engage in accessible and action-packed 2v2 partner battles.

Infinite Power: Pulled from classic Marvel lore, unique and game-changing Infinity Stones can be implemented into players’ strategies as a way to influence the outcome of battle. Each Infinity Stone provides a unique advantage to the player and represents a different aspect of the universe: power, space, time, reality, soul, and mind.

Iconic Heroes: Choose from a diverse roster of fan favorite characters pulled from Marvel and Capcom universes, including Iron Man and Captain America from the Marvel side, and Ryu and Mega Man X from Capcom. Many more playable characters will be revealed in the future.

Cinematic Story: Heroes and villains battle for supremacy in a timeless struggle set in the Marvel and Capcom universes. The original storyline answers the questions regarding the new clash and lets players step into the shoes of classic characters from both sides as they wage war against powerful forces in an attempt to defeat a new villain.

Accessible Single Player Content: In addition to the cinematic story experience, players can hone their skills in a variety of accessible single player modes, including Training, Mission and Arcade modes.