previous
Sponsored: How much is the online gaming industry worth?
random
next
Mass Effect: Andromeda hits EA Access early, on March 16th
0 comments 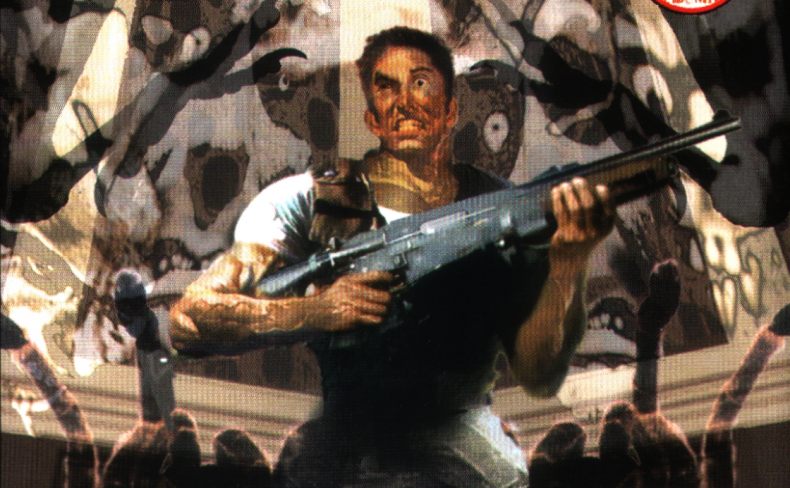 The Resident Evil series is iconic. No matter your thoughts on the recent numbered releases, or your thoughts on the series in general, there’s no denying that without Resident Evil, the survival horror genre simply wouldn’t exist. Or at the very least, it wouldn’t exist in the way it does today. Games like Silent Hill, Outlast and Dino Crisis probably wouldn’t have been made, and we would have been robbed of the joys of Resident Evil 4. Everything started with that classic first title, released back in 1996 on Sony’s then-new Playstation console.

I still remember that Christmas morning, my 13-year-old self getting up at the crack of dawn to open presents and unwrapping the game that would shape my love of horror for years to come. I remember popping the disc in my Playstation at 6am and watching that unforgettable intro movie, welcoming me to the world of survival horror. It took a while to get used to the tense atmosphere and the management of supplies and ammo, and it actually took a friend and I playing to finally get it finished, but I remember it being the best thing I’d ever played.

The original game has so many iconic moments: from the dogs smashing through the windows, that first zombie encounter, Yawn, then all the way to that classic escape. But one of the best things about it, something that isn’t seen in the newest games, was the numerous ways to experience the game. Years after its release, I was still finding new story encounters and new endings, and when the Gamecube remake arrived in 2002 it did it all over again, with even more atmosphere and scares!

One other thing that made Resident Evil so impressive was Jill Valentine. Often forgotten when discussing the best female characters, she was a strong female lead at a time when women were often treated as nothing more than damsels in distress. She wasn’t oversexualised and she could handle herself in a situation where most of the male characters didn’t survive. Despite Chris Redfield being the face of the game, it was Jill Valentine who came out of the game with the bigger fanbase, and rightly so.

This trend of strong female characters continued with the long-awaited sequel. When Resident Evil 2 arrived in 1998 (after a troubled development that saw a half-complete game scrapped, now salvaged by fans as Resident Evil 1.5) it once again offered the choice of two characters: Leon S.Kennedy, who would later become the biggest star of the franchise’s fandom, and Claire Redfield, the sister of Chris.

This time, each character got two complete stories, with Claire’s A scenario and Leon’s B scenario running parallel to one another, and vice versa with Leon A and Claire B. This made for a unique game that many consider to be the best of the original trilogy (personally, I prefer the original) and is finally being remade after years of requests from fans, although we’ve yet to see anything at this point. The introduction of Claire was another breath of fresh air in an industry that was still treating female characters as sex objects, as she also wasn’t oversexualised; instead she was another icon of strength and independence. And let’s not forget Ada Wong, a character that often reversed the role of rescuer as she saved Leon multiple times and has become an integral part of the Resident Evil universe. Resident Evil 2 was also great in terms of adding to the lore of Capcom’s new world. The first game was great as a standalone story, but its viral outbreak always hinted at something more, something sequel-worthy. While the original took place within the confines of the Spencer Mansion, the sequel took to the streets of neighbouring Raccoon City after a new virus had found its way outside. This introduced William Birkin, another iconic character and one who was pivotal in the overarching story of the series.

During this outbreak, the events of Resident Evil 3: Nemesis took place. With Jill Valentine returning as the sole lead this time, the story sees her attempting to escape Raccoon City as the Umbrella Corporation’s virus sweeps through. Although cynics might say that revisiting areas from the previous game was lazy, they would soon end up praising the game’s titular monster: the Nemesis. Programmed by Umbrella to destroy any remaining survivors of the S.T.A.R.S team who witnessed the events of the first game, this massive bio-organic weapon would chase the player at various points during the game. It was relentless, even wielding a rocket launcher if it couldn’t get close, and doors were no longer a valid evasion device as the Nemesis was intelligent enough to open them, unlike the rest of Umbrella’s virus victims. This made for possibly the most intense game in the series at that time, but that didn’t detract from the feeling that the core gameplay needed to change for the series to grow. Before that eventual reinvention was to take place, the series would be filled with spin-off titles. Survivor, the light-gun game on PS1, was a decent effort that came at a time when games like Time Crisis and House of the Dead were all the rage. It also spawned a sequel on PS2, an atrocity that was loosely based on Code: Veronica, another spin-off that we’ll get to in a moment. Another light-gun game would eventually release on PS2 in the form of Dead Aim, featuring a totally new story and a decent blending of third person exploration and traditional light-gun shooting, but was ultimately forgettable. Then came the two Outbreak titles, which combined traditional RE gameplay with multiplayer survival, though the PS2’s online features were too expensive and poorly-integrated for it to really work. It was a shame, as they were genuinely good games, and although they could be played alone, it never quite worked.

The best of the spin-offs of that era was the Dreamcast’s Code: Veronica, later released as a kind of director’s cut on PS2 as Code: Veronica X. Still featuring set camera angles, CVX finally made the switch from painted backgrounds to fully-modelled 3D environments, and saw Claire Redfield return to the franchise. Kidnapped and imprisoned on a mysterious island, she awakes to find herself amidst yet another outbreak at an Umbrella facility. Later, Chris Redfield makes his return to the franchise (his first appearance since the original game) as he searches for his missing sister after learning of her whereabouts. This game, while not being considered by many as part of the main canon, introduced the series’ biggest rivalry, when Albert Wesker returned in all his pantomime villain glory to face Chris Redfield. For me personally, this was an incredible moment.

But despite being a great game, Code: Veronica X showed the age of the series. And so, after many iterations (one being the famous “haunted mansion” demo), Resident Evil 4 emerged. Eager to play it, at a time when I was still fairly young and had plenty of disposable income, I paid nearly £70 to import a US special edition and, with the aid of a GameCube Freeloader, I was playing months in advance of the UK/EU release date. I’ve never regretted that purchase. Without zombies, without a tangible link to the previous games, and featuring a prettied-up Leon from RE2, this fourth game had everything going against it but it managed to excel in every area. It wasn’t a horror game like before–claustrophobia instead gave way to pure tension and panic as enemies no longer shuffled mindlessly towards you. Instead they would run and flank, using weapons to relentlessly attack poor Leon. In one fell swoop, it changed the face of both Resident Evil and action games forever, and it quickly won the hearts of almost everyone playing it, whether they were fans of the series or not. “Game of the Generation” was an award frequently linked with Resident Evil 4, and it was well deserved. It has even been re-released on almost every format since, including its recent release on PS4 and Xbox One, and remains as playable now as it was back on the GameCube.

But Resident Evil hasn’t hit those heights again since. Resident Evil 5 brought a new co-op style to the series, introducing newcomer Sheva Alomar (another fantastic female character in the series, sadly never to be seen again) and bringing back Chris Redfield for a more action-oriented game that, despite being a fan myself, never quite managed to work. It did tie up the Wesker story after many years of waiting, but most fans were left a little disappointed. When 6 came along, the series had turned into a full-on action game, with very little horror left. It tried something similar to RE2 as it weaved together four different stories, but it ended up being more of a “greatest hits” album, recycling ideas from all the previous games, not living up to the quality of any of the previous numbered outings. I still enjoyed Resident Evil 6, but knew it signalled that the series was in dire need of another change.

Was the horror forgotten now? Somebody at Capcom must have missed the survival horror the series pioneered, as the two Revelations spin-off games remembered what it was like to be afraid. They brought back series favourites Jill and Chris, and Claire and Barry, as well as introducing new characters (including Moira Burton, Barry’s daughter) and they both really showed what the main series should have been. They felt both fresh and familiar, though neither really pushed the boundaries of survival horror. And so, at E3 2016, four years after the debut of Resident Evil 6, we were introduced to Resident Evil VII: Biohazard, and another rebirth for the series. Completely unrecognisable from previous entries, this seventh game eschews the third person perspective in favour of first person horror, cloaked in darkness. Its first trailer didn’t even hint at it being a Resident Evil title until the name flashed up at the end, surprising everyone. It doesn’t even feature any of the old characters, it seems. Some, myself included, were worried that it was too big a change, looking more like Outlast or Amnesia than Capcom’s horror behemoth, but as more teasers were released, it became clear that some of the original game’s familiar tropes were present. And after playing every version of the demo since E3, it’s clear that the series is back doing what it did best, twenty years ago: scaring the shit out of us.