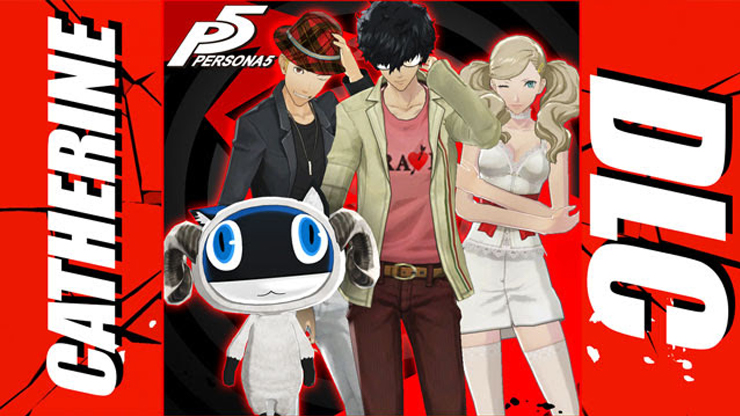 Given how much DLC games like Persona 4: Dancing All Night had it isn’t much of a surprise that Atlus decided to add a ton of it to Persona 5. Here’s what to expect and when to expect the Persona 5 DLC:

1. Costumes and music: If you enjoy Atlus games, you probably are a fan of the music in them. The Shin Megami Tensei and Persona games in particular have great music. Atlus has costume sets available for the Phantom Thieves from various other SMT and Persona games and even Catherine that come with their own battle music. Joker (protagonist) needs to be in a particular costume for the battle music to change to said DLC’s music. Each costume + music set will be available for £5.79 on PSN for PS3 and PS4.

4. Themes for PS4 and PS3: The Persona 5 interfaces, menus, and music are all awesome so themes are more than welcome. It is a pity that the best themes (I have them all from the Japanese release) are not being made available outside Japan and were Amazon Japan preorder exclusive. Each theme will come with an avatar set and cost £1.69.

On PlayStation 3, they will cost £0.79 each and only include a theme for PS3 and not avatars.

Persona 5 is releasing tomorrow on PlayStation 4 and PlayStation 3 and you can read why it is a must play here.