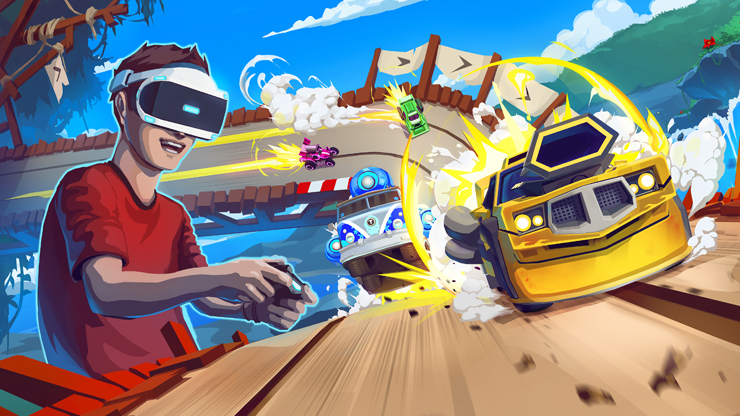 Tiny Trax is an online multiplayer VR racer. It allows for epic racing in a tiny world and the website for it is now live. Tiny Trax is set to release for PSVR this Summer. If you’ve wanted to relive childhood memories of a giant track surrounding you, look no further. There are multiple environments as well and support for up to 4 players for multiplayer. Music for Tiny Trax has been composed by Joris de Man (Horizon Zero Dawn, Killzone). Watch the trailer below:

Tiny Trax will be playable at E3. It will release on PSVR this summer.