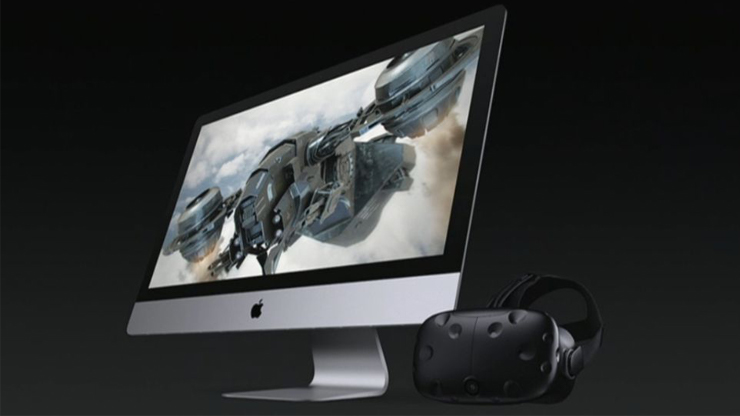 At WWDC 2017’s keynote that took place last night, Apple announced their commitment to Virtual Reality. They had a demo with ILM and Unreal on the HTC Vive. An external GPU will allow developers and creators everywhere to use SteamVR beta on macOS High Sierra and HTC Vive on MacBooks. With this HTC Vive has now partnered with Intel, Google, and Apple.

Here’s how Virtual Reality experiences can be created in High Sierra from the official macOS High Sierra site:

macOS High Sierra lets developers create interactive virtual reality experiences on Mac for the first time, using the new iMac with Retina 5K display, the new iMac Pro coming in late 2017, or any supported Mac paired with an external GPU.3 Along with key peripherals like the HTC Vive VR headset and apps like Final Cut Pro X, SteamVR, Epic Unreal 4 Editor, and Unity Editor, developers will have everything they need to create immersive new worlds for you to explore.

The Vive ecosystem is growing daily and partnering with Apple is a huge deal for all parties involved. With Google and Apple both partnering with HTC Vive, it is no doubt here to stay in the tech space just like VR.