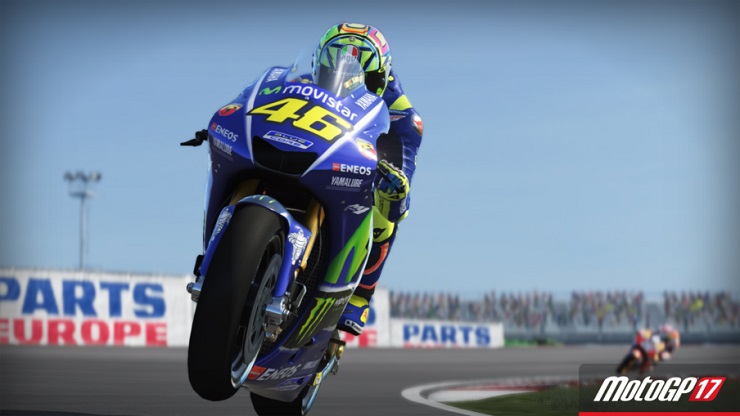 The MotoGP eSport Championship kicks off today, and here we have all the tracks and riders being used to find the best of the best.

Starting today, the people chosen to play in the eSport Championship will take on six tracks, each with the same rider to find out who is the fastest. The top sixteen will go through to the live final held in Valencia from November 10 to 12.

First up, and running from today through to August 6 the task will be to ride as Honda rider Marc Marquez around Spain’s JerezGP course. Following this, from August 10 through to 20 our players will find themselves in the seat of KTM’s Pol Espargarò as they race around Spielberg in Austria.

It doesn’t end there though, as from August 24 to September 3 they’ll then find themselves at Silverstone driving Team Gresini’s Aprila as Sam Lowes. After that, it’s off to Italy’s Misano to drive a Ducati as Jorge Lorenzo between September 7 and 17.

And in the home stretch we’ll see Valentino Rossi on his Yamaha riding round Aragon in Spain between September 21 and October 1 and then finally to Phillip Island in Austria for a go on Andrea Iannone’s Suzuki from October 12 to 22.

That’s a hell of a schedule and only the sixteen fastest will stand a chance of winning a BMW M240i with second place take a KTM RC 390. Third place will have to make do with a Smart TV.

I wish all the competitors luck.

A lover, not a fighter and an all round good guy (he would say that, he wrote this after all), he's happy to be here as part of GIAG.
MORE LIKE THIS
ESportsMotoGPmotogp 17PS4